Feeding Life into the Santhara Debate

While suicide is the unnatural and untimely termination of life, Santhara is the peaceful and gradual path to the extinguishing of life. It is not unnatural or sudden. 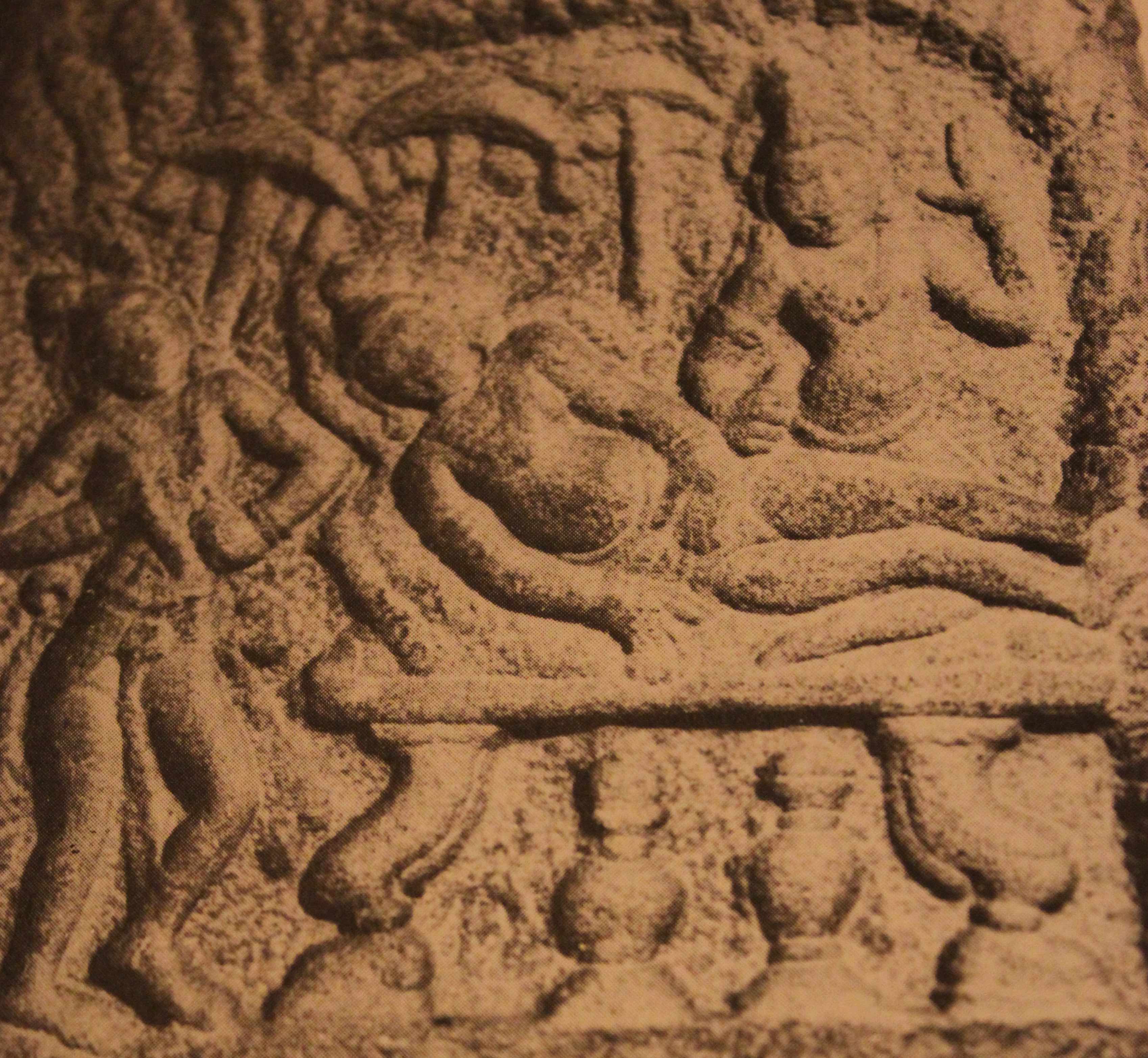 While suicide is the unnatural and untimely termination of life, Santhara is the peaceful and gradual path to the extinguishing of life. It is not unnatural or sudden. Women of the Jain community participate in a protest against the ban on Santhara by the Rajasthan High Court, in Nagpur. Credit: PTI

The Rajasthan High Court in a public interest litigation (Nikhil Soni v. Union of India) criminalised the ancient religious practice of the Jain community called Santhara/Sallekhana, or fast-unto-death. The court equated Santhara to “suicide” under the Indian Penal Code. This judgment has received considerable flak from the Jain community over the past few months. A special leave petition (SLP) against the order was filed in the Supreme Court  by Jain groups, and the court granted an interim stay on the Rajasthan order while deciding to entertain the appeal. Following the stay, an 83-year-old woman from Tamil Nadu was recently reported to have completed the Santhara ritual and embraced death in a peaceful manner.

While the aspect of the high court ruling relating to a person’s right to religious freedom and conscience under Article 25 has been the subject of much debate and criticism, the judgment must also be critiqued in the context of the broader debate on the scope of Article 21 of the Constitution and the right to die with human dignity.

The Nikhil Soni judgment not only affects a religious group’s freedoms guaranteed in the Constitution, but also has a deep bearing on the ongoing debate on the right to die with dignity. While the Supreme Court is yet to decide on the matter, it is important to analyse the infirmities in the high court judgment, which misconstrues certain Supreme Court rulings and seems to have taken the unsettled legal position on Article 21 at face value, without adequately analysing precedent.

Article 21 guarantees all citizens the inalienable and vital right to life. Admittedly, an alteration affecting human life, or placing this right in jeopardy must call for a thorough and critical judicial scrutiny. The Supreme Court, in the case of Gian Kaur v. State of Punjab has held that the “right to life” does not include the “right to die. The “right to die with dignity”, however has been construed to fall within the ambit of Article 21.

The Rajasthan high court has not taken sufficient note of the fact that the Supreme Court, in Aruna Ramchandra Shanbaug v. Union of India (2011), states that if a person consciously and voluntarily refuses to take lifesaving medical treatment, it is not a crime. It permits passive euthanasia in certain rare situations. In the absence of clear statutory guidelines, the court has laid down extensive guidelines and safeguards for an individual who may want to discontinue/withdraw life support (involuntary passive euthanasia).

While the question of the harmonious interpretation of the Aruna Shanbaug and Gian Kaur judgments is pending before the Supreme Court, the question of whether not taking food consciously and voluntarily with the aim of ending one’s life is a crime under section 309 of the IPC (attempt to commit suicide) was not firmly decided in either case.

On the other hand, the Supreme Court in Aruna Shanbaug has upheld the right to bodily autonomy of an individual – an important point of consideration when it comes to the legality of a fast-unto-death.

The gaping hole in the Rajasthan high court’s reasoning on the protection granted by Article 21 therefore lies in its misinterpretation of judicial precedent. The Gian Kaur verdict has held that the “right to live with dignity” includes the “right to die with dignity”, where the process of natural death is merely being accelerated to its conclusion. It must be added here that this matter, heavily relied on by both the parties, primarily dealt with the criminalisation of suicide, i.e. unnaturally ending one’s life. The right to die with dignity at the end of one’s life has been distinguished from suicide, and should have been taken note of by the high court in Nikhil Soni.

The court further interprets the decisions in Gian Kaur and Aruna Shanbaug to mean that “no person has a right to take his own life consciously, as the right to life does not include the right to end the life voluntarily”. However, as pointed above, both these cases have dealt with unnatural and sudden extinguishment of life. Curiously, the court in the Nikhil Soni judgment also admits that in both these cases, “the debate of voluntary death by a peaceful method was left inconclusive.” Article 21 as interpreted by the Supreme Court includes the right to live with dignity. The aspects of this right can also be located in the Directive Principles of State Policy and more visibly in the Preamble to the Constitution which “assures dignity of the individual”. It was observed by the Supreme Court in the case of Maneka Gandhi v. Union of India (1978) that this fundamental right epitomizes the basic values cherished by citizens of our country since Vedic times. These values not only protect the dignity of the individual but also foster conditions suitable for every human being to nurture her personality to the best extent possible.

In the Nikhil Soni case, the petitioners argued that fasting until death is primarily a tool of self-destruction, it is an ancient practice that doesn’t fit into modern thinking – that even if this is backed by faith or belief, this act is of a criminal nature and cannot be protected by the fundamental right to freedom of religion as it is a threat to public order, morality and health.

The case of Santhara is a unique one. It has opened up a long-drawn debate on the right to die with dignity, raising complex philosophical and legal question of state interference in an individual’s right to bodily autonomy

In the Nikhil Soni case, members of the Jain community argued that the intention of the individual in taking up Santhara is not to give up life but to take death in its own stride. It has been described as a peaceful and voluntary path to salvation taken up by an individual at a stage in her life, where it becomes difficult to lead a normal existence, owing to illness, unavoidable natural calamity, incurable disease or old age.

The manner in which suicide is committed can be distinguished from Santhara. While suicide is the unnatural and untimely termination of life, Santhara is the peaceful and gradual path to the extinguishing of life. It is not unnatural or sudden. More importantly, it is a means to achieve the ultimate end to one’s life by giving up food, water, passions, desires and material belongings in order to accelerate the dying process, which has already begun in the body. The individual also has the option of pulling out from this process as and when she chooses to.

The road ahead for the Supreme Court

The right of a dying person to die with dignity when her life is ebbing o­­­ut has been judicially recognized in Gian Kaur and Aruna Shanbaug. These judgements have unfortunately been read out of context by the high court.

The court equated Santhara to assisted suicide and justifies its illegality by concluding that the “right to die” is not included in the ambit of “right to life” as guaranteed by Article 21. The crucial “right to die with dignity” has not found any mention in the court’s reasoning. The judgment seems to suggest that there is no dignity in fasting, and that the right to die with dignity does not take into account a person’s ethical, spiritual and religious considerations.

While this debate remains inconclusive at present, the high court has gone a step backward by using the existing legal stance, or rather the lack thereof as a straight jacketed formula to criminalise an established practice of an entire religious group. It is now left to the Supreme Court to examine this practice in depth not only within the scope of Article 25 protections but also to carefully evaluate it as per the principle of the “right to die with dignity” guaranteed under Article 21. The question on voluntary death by peaceful means, which was left unanswered in Aruna Shanbaug needs to be scrutinised in order to deliver a final ruling on Santhara’s legality.

Akriti Gaur is a Junior Research Fellow at the Vidhi Centre for Legal Policy. Alok Prasanna Kumar provided inputs for this article