On Federalism, the Congress Manifesto Does Not Go Far Enough

While the Congress's emphasis on reconfiguring federal relations is impressive – in contrast, the BJP’s manifesto has merely one paragraph on 'cooperative federalism' – the proposal does not go far enough. 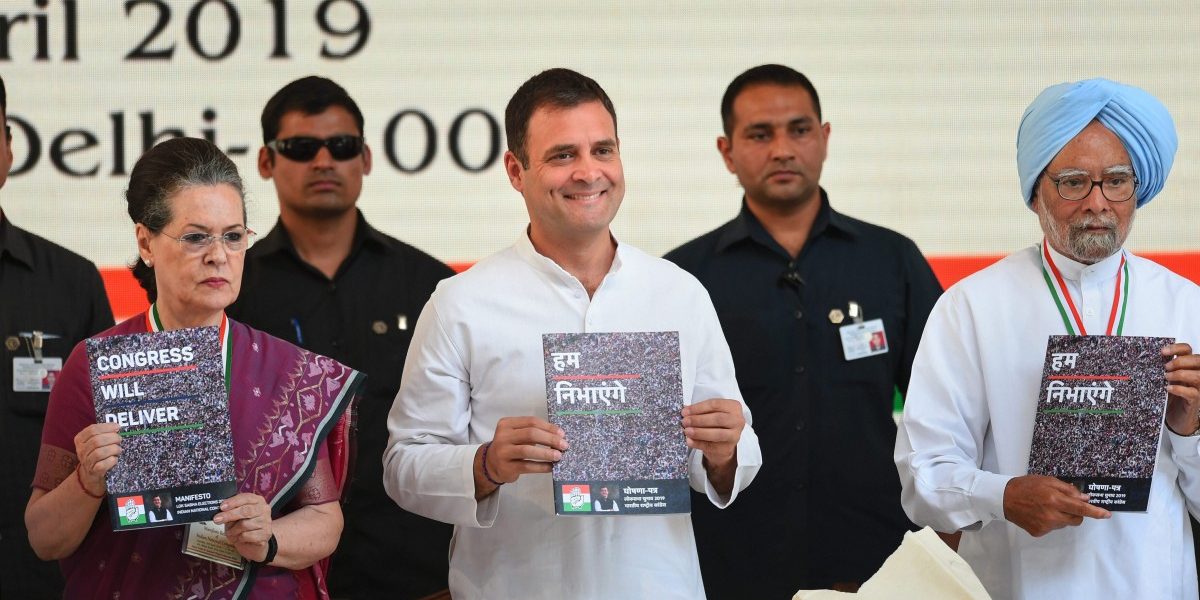 The Indian National Congress’ manifesto for the 2019 general elections has devoted a detailed section to federalism and centre-state relations. Its first proposal is to review legislative entries in the Seventh Schedule of the Indian Constitution, and build a consensus for transferring some entries from the Concurrent to the State List.

While the emphasis on reconfiguring federal relations is impressive and much needed – in contrast, the BJP’s manifesto has merely one paragraph on “cooperative federalism” with no specific proposals – the proposal does not go far enough.

The constitutional distribution of legislative powers has not been comprehensively reviewed since independence. This is concerning, because the allocation of powers between the centre and the states no longer accurately represents the realities of governmental responsibility. Consistent demands from states for greater federal autonomy over the years are indicative of this trend.

A history of power-sharing

It must be remembered that power-sharing between the centre and states in India is not merely a post-independence phenomenon. Rudolph and Rudolph in their writings have argued that power sharing has been a determinative principle of state formation throughout Indian history.

Also Read: The AAP-BJP Power Struggle in Delhi is a Crisis Moment for Federalism

The colonial period witnessed a deepening experience of federalism with successive colonial laws right from the Indian Councils Act, 1861 to the Government of India Act, 1935 bringing about incremental reforms to institutionalise power-sharing.

The centralising bias in the Constitution

This largely consistent historical trend came to an abrupt halt with independence. Initial proposals in the Constituent Assembly favoured a broad federal structure in India, with only select subjects like defence, foreign affairs and communications allocated to the centre and residuary powers being vested in the states.

However, the tragic circumstances surrounding Partition altered the nature of these deliberations. Once the formation of Pakistan became a certainty and the members of the Muslim League ceased to be members of the Constituent Assembly, the majority favoured a centralised federal framework since the earlier proposals were seen as a compromise only to placate the League.

Hereon, concerns regarding the unity and integrity of the new nation were at the forefront of deliberations in the assembly. The exigencies of stitching together a nation state from among several provinces and more than 500 princely states further contributed to the decisive swing towards a strong Centre. This was bolstered by the need to ensure balanced economic development among the disparate constituent units, which necessitated a strong centre with supervisory and coordinating powers.

Cumulatively, this resulted in a significant centralising bias being reflected in the constitution, although it formally established a federal polity. The bias is manifest in the distribution of legislative powers in the constitution as well – residuary powers were allotted to the centre, the Union List contains the largest number of entries, conflicts between central and state laws are resolved in favour of the centre (rule of repugnancy), and several State List entries are subject to entries in the other lists.

Dissenting voices in the constituent assembly that called for linguistic division of states and greater decentralisation (including a third tier) were ignored.

Power-sharing in the constitution thus represents a break in the historical narrative of the subcontinent. Post-independence experience clearly demonstrates that this incongruity has directly resulted in federal tensions, with several states demanding greater autonomy.

These demands materialised to an extent when the demand for linguistic reorganisation of states had to be accepted in the 1950s itself. States such as Tamil Nadu, Punjab and West Bengal, in the 1960s and 70s, demanded radical structural overhauls to reorient centre-state relations, particularly calling for strengthening the State List.

The Centre finally responded in the 1980s by appointing the Sarkaria Commission to review the existing centre-state arrangement. Subsequently, the Venkatachaliah (2002) and Puncchi Commission (2010) reports also addressed these concerns. However, none of these commissions recommended any major structural changes to the Seventh Schedule, restricting themselves to mere functional changes such as requiring more centre-state consultation.

Evidently, the prioritising of certain principles over others, by the framers to accommodate the contingencies of the time has led to simmering discontent. With the passage of time, historical tendencies towards greater power-sharing have only become stronger.

However, the Seventh Schedule continues to reflect the long shadow of Partition, which has disproportionately affected centre-state legislative relations. When the centre has responded to state demands to recalibrate the federal balance, it has not gone far enough, suggesting only cosmetic changes.

While calling for a review of the distribution of legislative fields in the Seventh Schedule, even the Congress manifesto restricts itself to transferring entries from the Concurrent List to the State List. It remains silent on transferring entries from the Union List to the State List, which would lead to greater devolution of powers. This represents another half-baked attempt, reminiscent of the approach taken by central commissions of the past.

A review of the Seventh Schedule, while definitely a pressing need, should be undertaken in the right spirit. Considerations of cultural accommodation, efficient public service delivery, participatory policy-making amongst others now need to be accounted for rather than solely focusing on national unity and balanced economic development.

The governance needs of a mature and stable federation are different from those of a fledgling nation. Proposals for Seventh Schedule reform must be cognisant of this and must be open to structural changes. Reform proposals which fall short of this only pay lip service to federalism.