SC to Hear CBI's Plea Against Protection Granted to Grover, Jaising Next Week

The CBI filed an appeal in the apex court challenging the Bombay high court order restraining the agency from taking any coercive action against the NGO Lawyers Collective and its founding members. 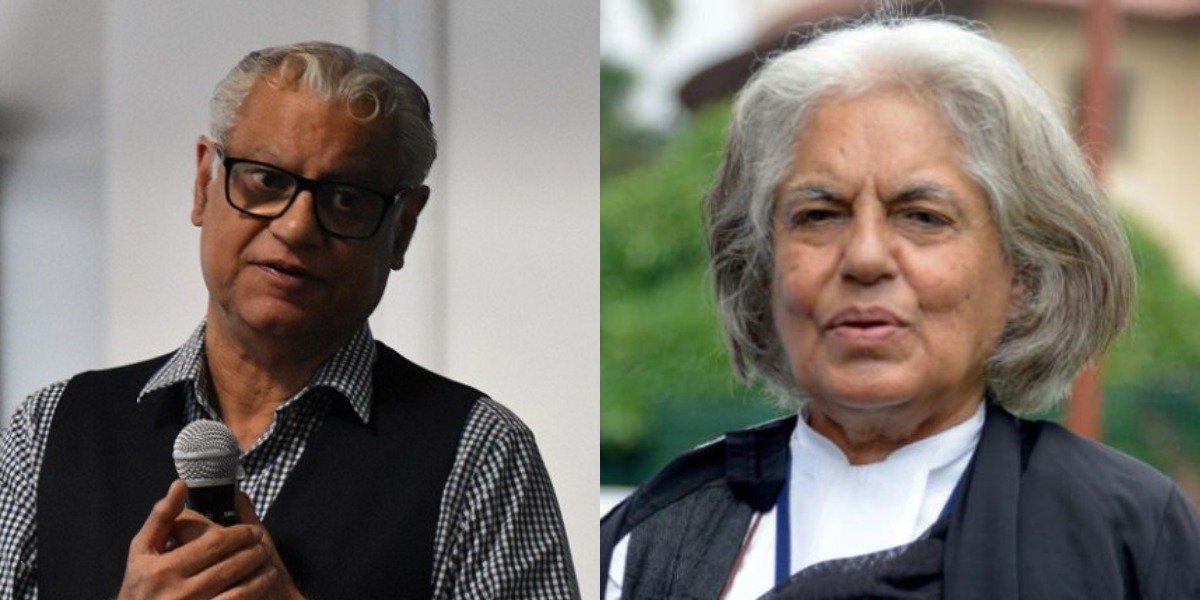 New Delhi: The Supreme Court on Friday said it would hear the CBI’s appeal challenging the Bombay high court’s order granting protection from coercive action to senior advocates Indira Jaising, Anand Grover and their NGO in an alleged FCRA violations case on November 14.

A bench headed by Chief Justice Ranjan Gogoi said that the CBI appeal would be heard along with a PIL seeking an expeditious investigation into the alleged violation in receiving foreign grants by the NGO.

Earlier, the CBI had filed an appeal in the apex court challenging the Bombay high court order restraining the agency from taking any coercive action against the NGO and its founding members.

Prior to this, the apex court had issued a notice on a PIL filed by Lawyers’ Voice, a voluntary organisation of advocates, in which it was alleged that the NGO and its founding members had indulged in violations of the Foreign Contribution (Regulation) Act (FCRA).

The CBI had registered a case against Grover and the NGO over the FCRA violation in use of foreign funds received by Lawyers Collective.

Grover had approached the Bombay high court in July seeking that the FIR registered by the CBI against the NGO in June be quashed.

The CBI registered the FIR following a complaint by the MHA in May alleging violation of FCRA provisions. While the FIR did not name Jaising as an accused, the MHA complaint, which is part of the FIR, mentioned her name and made specific allegations against her.

The CBI has alleged that the NGO received foreign funds between 2009 and 2015, but failed to disclose a major part of it.

It has said that Grover and Jaising used foreign funds for “personal benefits”.

According to the MHA complaint, during her tenure as Additional Solicitor General, Jaising continued to draw remuneration from the NGO, the CBI said, adding that this came from foreign contributions received.

The petitioners, senior advocates Jaising and Grover, also pointed out that the MHA complaint was based on an inspection report from 2016 that had pointed out a single violation of non-disclosure under the FCRA.

At the time, following the inspection report, the MHA had issued an order cancelling the registration of Lawyers Collective in November 2016 for receiving foreign funds. Jaising had then termed the centre’s action as “preposterous”.

This cancellation order was challenged in the high court by the NGO in 2017, and is currently pending before a single judge, the petitioners said.

While granting interim relief, the division bench took note of the petitioners’ submission that the CBI’s act of filing an FIR on the basis of a two-and-half year old report, when the matter had reached the court, was questionable.

The petition by Lawyers’ Voice was based on the 2016 orders of the Centre by which the NGO’s licence was suspended and later cancelled for alleged FCRA violation.

The two orders – of May 31 and November 27, 2016 – were passed by the competent authority in the home ministry on a complaint filed in 2015 accusing Jaising and the NGO of misutilising the funds received under Foreign Contribution (Regulation) Act.

The home ministry had taken cognisance of the letter written by Jaipur resident Raj Kumar Sharma who in August 2015 had sought an inquiry against Lawyers Collective for receiving huge sums as donations from foreign donors like Ford Foundation and Open Society Foundation of George Soros.