Failure of Institution that a Gangster Like Vikas Dubey Got Bail, Says SC

The top court asked the UP government to consider having a former apex court judge and a retired police officer in the inquiry committee probing the encounter of the gangster. 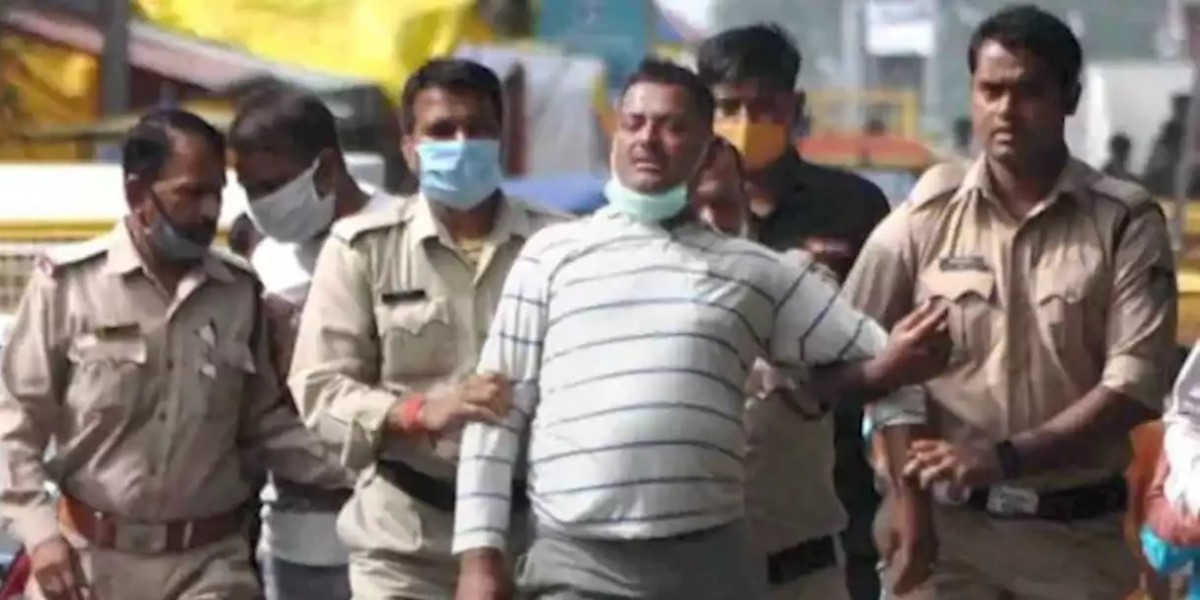 New Delhi: “It is a failure of the institution that a person like Vikas Dubey got bail despite several cases lodged against him,” the Supreme Court said on Monday while asking the Uttar Pradesh government to consider having a former apex court judge and a retired police officer in the inquiry committee probing the encounter of the gangster.

This is the failure of the institution that the person, who should have been behind the bars, got bail, a bench headed by Chief Justice S.A. Bobde said. The bench further added, “We are appalled to the fact that a person like Vikas Dubey got the bail despite so many cases.”

The bench, further comprising of Justices A.S. Bopanna and V. Ramasubramanian, told the UP government that they have to uphold the rule of law.

The top court asked solicitor general Tushar Mehta, who was appearing for UP government, to examine if the chief minister and deputy chief minister of the state followed their statements [if any].

“You as a state have to uphold the rule of law. It is your duty to do so, the top court said while hearing a batch of pleas seeking court-monitored probe into the encounters of Dubey and his alleged associates,” the court said.

The bench also sought a report on the court orders which were passed in the cases related to Dubey.

It said that the court cannot allow a sitting Supreme Court judge to become part of the inquiry committee.

The bench suggested changes in the inquiry panel and sought a draft resolution from the state government by July 22.

The UP government, in an affidavit filed in the apex court, mentioned that it has appointed a judicial panel of Justice Shashi Kant Agarwal, a former high court judge, as a single-member commission of inquiry to probe into the encounters of Dubey and his alleged associates.

During the hearing on Monday, Mehta told the apex court that he will produce a draft notification with regard to the changes suggested in the inquiry panel by July 22.

Mehta said that the law has been set in motion in the matter and the inquiry has started.

Referring to the records, he said that Dubey was on parole and he was facing charges pushed by 65 FIRs.

Eight policemen, including DSP Devendra Mishra, were ambushed in Bikru village in Chaubeypur area of Kanpur when they were going to arrest Dubey after midnight on July 3.

Dubey was killed in an encounter in the morning of July 10 when a police vehicle carrying him from Ujjain to Kanpur met with an accident while he was trying to escape from the spot in Bhauti area, the police had said. Police and media at the encounter site where gangster Vikas Dubey was killed when he allegedly tried to escape from the spot following an accident, near Kanpur, July 10, 2020. Photo: PTI

During the arguments, Mehta said that eight policemen were killed when they had gone to raid Dubey’s place. “I am not justifying as to what happened later,” he added.

The bench observed that there was a big difference between Dubey’s and last year’s Telangana case, in which four accused in gang rape and murder of a veterinary doctor were killed in an encounter.

“You have to be very careful and you have to follow the law, the bench said and asked Uttar Pradesh to add a former apex court judge and a retired police officer to the inquiry committee. We don’t want people to go to Allahabad and conduct an inquiry amidst the pandemic”, the bench said while observing that locally available former judge could be a part of the inquiry panel.

One of the petitioners in the matter requested the bench not to allow Uttar Pradesh government to choose the members of the inquiry committee.

The bench asked, “Are you saying that a former Supreme Court judge and former high court judge are state-sponsored?” It further added that “this attitude of mudslinging must stop.”

In an affidavit filed in the apex court, the state government had said that the police party escorting Dubey from Ujjain in Madhya Pradesh to Kanpur had to fire back in self-defence as he had tried to escape and was killed.

The UP government has constituted a three-member SIT, headed by UP additional chief secretary Sanjay Bhoosreddy on July 11, to look into the crimes committed by the gangster and the alleged collusion between Dubey, police and politicians, the affidavit has said.

The only option available to the escort party, under the circumstances, was to fire back in self-defence, said the Uttar Pradesh director general of police Hitesh Chandra Awasthy, in the affidavit filed on behalf of the state.

The top police officer has denied that Dubey had surrendered at Ujjain and said that he was on the run, and was identified at the Mahakaal Temple by the Samiti authorities as well as the policemen at the temple premises.