The same reasoning may not convince the Supreme Court, where another petition questioning Asthana's appointment is pending. 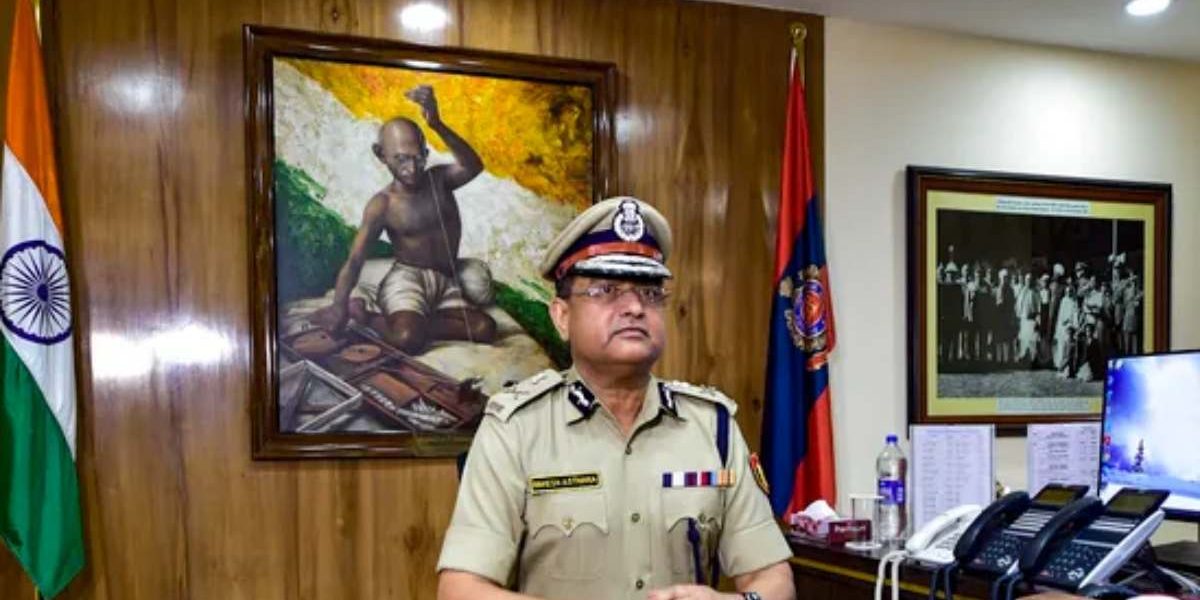 New Delhi: On Tuesday, the Delhi high court bench of the Chief Justice D.N. Patel and Justice Jyoti Singh dismissed the public interest litigation petition challenging the appointment of Rakesh Asthana as the Commissioner of the Delhi Police (DCP). The bench rejected the contentions of the petitioner, Sadre Alam, represented by advocate B.S. Bagga, and the intervenor, Centre for Public Interest Litigation, represented by well-known lawyer Prashant Bhushan. Former attorney general Mukul Rohatgi argued for Asthana before the bench, while the solicitor general, Tushar Mehta, appeared for the Union government.

On July 27, the Appointments Committee of Cabinet granted Asthana Inter-Cadre deputation from Gujarat Cadre to AGMUT (Arunachal Pradesh-Goa-Mizoram and Union Territory) Cadre, and extension of his service for a period of one year beyond the date of his superannuation on July 31. Asthana is a 1984-batch officer of the Indian Police Service, Gujarat Cadre, and his date of superannuation was July 31, 2021. Following the extension, Asthana was appointed as the DCP.

In Prakash Singh v Union of India (I)(2006), the Supreme Court had directed that Director General of Police (DGP) of a state shall be selected by the state government from amongst three senior-most officers of the department who have been empanelled for promotion to that rank by UPSC, on the basis of their length of service, very good record and range of experience for heading the police force. Once selected for the job, the DGP should have a minimum tenure of at least two years, irrespective of his date of superannuation, the Supreme Court had held in that case.

In 2019, in the Prakash Singh (II) case, the Supreme Court had held that recommendation for appointment to the post of DGP by the UPSC and preparation of panel should be purely on the basis of merit from officers who have a minimum residual tenure of six months.

Assuming that the post of the DCP is akin to the post of the DGP of a state, the petitioner and the intervenor urged that these two directions of the Supreme Court ought to have been followed in Asthana’s appointment, failing which it should be set aside.

In Paragraph 31 of Prakash Singh (I) judgment, the Supreme Court has clearly laid down that its directions should be complied with by the Union government, state governments or Union territories as the case may be (emphasis added) on or before December 31, 2006.

On Tuesday, the Delhi high court bench chose to give a nuanced interpretation to the phrase “as the case may be”. Citing the case law, the bench agreed with Mehta that the phrase meant that all the directions in paragraph 31 were not meant for the Union government/Union territories. The bench, therefore, held that the directions in paragraph 31 were not meant to automatically apply to the UTs.

Considering that the AGMUT Cadre – which applies to the UTs – has deficiency of pool level officers for empanelment of respective heads of police force, the bench held that the procedure for appointment of state DGPs cannot be ipso facto applied for appointment of DCP.

Delhi, as the capital of India, has its own characteristics, peculiar factors, complexities and sensitivities, which are far lesser in any other commissionerate, the bench held. “Any untoward incident in the National Capital or a law and order situation will have far reaching consequences, impact, repercussions and implications not only in India but across the International borders. Thus, it is imperative that “free movement of joints” is given to the Central Government for appointment of Commissioner of Police, Delhi, keeping in mind the complexities obtaining in the Capital,” the bench concluded.

Contemporanea expositio is a rule of interpretation which suggests that where a contemporaneous and practical interpretation or practice has stood unchallenged for a considerable length of time, it would be a useful guide for proper construction/interpretation of the provisions of a statute or executive instructions.

Relying on this principle, the bench held that since the Prakash Singh (I) judgment, the Union has been following a procedure prescribed under the Delhi Police Act, 1978 read with Transaction of Business of GNCTD Rules, 1993 to appoint successive DCPs. No appointment to the post has been challenged in the past by any stakeholder on the ground that the said Act or the Rules are inapplicable to the appointment or that the applicability of the procedure prescribed therein is in violation of the directions in Prakash Singh (I) and (II), the bench held. This procedure, the bench said, has withstood the test of time, without any demur/objection/challenge in any court or forum of law, and therefore, the same gains weightage.

As the petitioner/intervener have been unable to demonstrate that a different procedure, from the one followed in appointing Asthana was followed for appointment of erstwhile eight commissioners of police, Delhi, the bench found no ground to interfere.

The statutory provision which the bench referred to was Section 6 of the Delhi Police Act, 1978, which empowers the Lieutenant Governor to make a proposal for appointment of DCP. As per the Supreme Court’s judgment in Government of NCT of Delhi v Union of India (2018), matters pertaining to public order, police and land lie outside the ambit of legislative powers of the assembly, and hence are outside the executive functions of the GNCTD. These are matters where the LG, Delhi would act in the exercise of his functions at his discretion, and to the extent to which there has been a delegation or entrustment by the president to him under Article 239 of the Constitution, the bench held. Therefore, it found no illegality in Asthana’s appointment as the DCP.

The bench then went to cite the case law on contemporanea expositio, which supported its conclusion.

But the challenge in this case is not to the procedure followed by the Union while appointing Asthana as the DCP, which, no doubt, was consistent with the procedure followed in the case of appointment of his eight previous predecessors under Section 6 of the 1978 Act. The challenge was to the manner in which the Union appointed Asthana, ignoring the Supreme Court’s binding guideline laid down in Prakash Singh (II), prescribing that the appointee must have a residual tenure of six months prior to his retirement before his appointment as the police chief.

The Delhi high court appears to have given the benefit of doubt to the Union in the appointment of Asthana through a dubious process of reasoning, which may not be convincing enough for the Supreme Court.

On Bhushan’s grievance that the petitioner had copied his petition filed in the Supreme Court making a similar challenge to Asthana’s appointment, the high court bench simply advised the petitioner to refrain from indulging in such an exercise in future, as it is unhealthy and deserves to be deprecated.

All eyes are now on the Supreme Court, where Bhushan’s pending petition against Asthana’s appointment is yet to be heard.