I Embraced Islam, Married of My Own Free Will, Says Hadiya in Affidavit Before SC

Rejecting allegations that she has links to the Islamic State and is not mentally sound, Hadiya said she wishes to “live and die as an Indian citizen”. 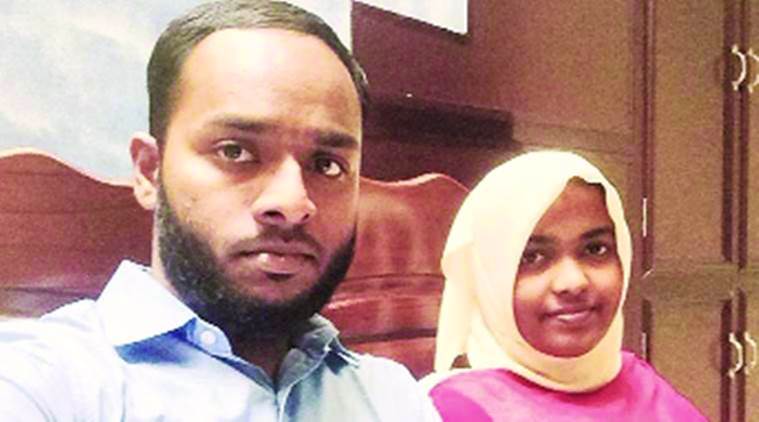 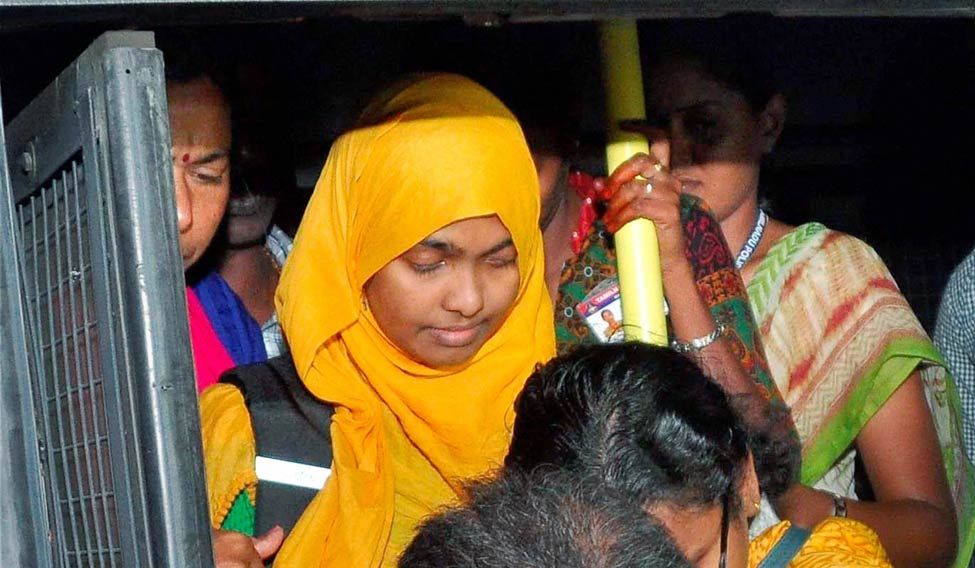 New Delhi: No love story has made so many headlines in the past few years as Hadiya’s. In the latest, Hadiya, alias Akhila, on Tuesday filed an affidavit before the Supreme Court seeking its permission to live with her husband Shafin Jahan.

Stating that she had embraced Islam and married on her own free will, Hadiya also stated that she is a Muslim and intends to stay a Muslim. Hadiya also asked the apex court to appoint Jahan as her guardian.

Hadiya, a Hindu woman from Kerala, changed her name from Akhila when she embraced Islam before later marrying a Muslim man, Shafin Jahan. But their marriage was annulled by the Kerala high court in May last year.

In her affidavit, she said:

“I embraced the faith/religion of Islam on my choice as per my conscience and on my own free will after studying about Islam and thereafter I married a person, namely Shafin Jahan, the Petitioner herein, from the same faith as per my choice and on my own free will. However, despite the fact that I submitted repeatedly on affidavit, through my counsel and also in person, as the case may be, before the Hon’ble High Court of Kerala that I made the above choices (of my religion and my life-partner) on my own free will, the Bench of the High Court did not heed to my submissions.”

She also submitted that it appears to her that her father was under the influence of certain sections of people who are trying to use him, Bar and Benchreported.

“Otherwise, I do not see how my father, who is an atheist, would object to me changing my religion or marrying someone from a different religion. I further submit that all those people played and still playing behind my father and all those errant personnel, both official and non-official, who subjected or caused to subject me to the horrendous torture and torments as stated above are liable to be brought to justice. In the interest of justice and for the harmonious living of the citizens of India, I most respectfully pray that this Hon’ble Court may be pleased to pass appropriate orders to take appropriate action in accordance with law against all persons mentioned above, who tortured me horrendously and mercilessly”…

About the allegations that she has connections with the Islamic State, Hadiya said:

“The baseless and malicious propaganda being made by the investigating agency and by the evil forces behind my father that I am mentally not sound, that I have connection with IS and the media trial on these allegations would detrimentally affect my my future and career as a Doctor, causing irreparable heavy injuries and loss to me. As per my faith, I believe that my obligation to my parents is invaluably and indeterminably huge; I don’t hate them; I have not left them in the lurch nor would I ever do so. Being my parents, I shall not denounce them. I could not go home even after completion of my studies in Islam only because my parents were insisting me to return to home by giving up my belief in Islam. I wish to live and die only as an Indian citizen, and nobody has got any authority to challenge the said right of mine. Some personnel of the NIA behaved with me with a prejudice as if I am a criminal or a terrorist. All those wanton horrendous sufferings were meted out to me not for any fault of mine, but for having exercised, on my own free will, my fundamental rights guaranteed under the Constitution of India to believe in the religion of my choice as well as to marry the person of my choice.”

She also requested the apex court to order appropriate compensation for all that she has been forced to suffer.

In a recent verdict on the Kerala ‘love jihad’ case in January this year, the Supreme Court had finally declared after a whole year of drama that as an adult woman, Hadiya has the right to live freely and choose a life of her choice. It also directed the National Investigation Agency to not probe her ‘marital status’.

Jahan had moved the Supreme Court saying that decision was an insult to the independence of women in the country.

“She may be brainwashed, but what can we do? Whether the man to whom she is married is good or not is for her to decide. Whether it’s an independent choice or not, only she knows. We can’t get into it. If she comes to court and says she married by her choice, that’s the end of it,” said a three-judge bench headed by Chief Justice of India Dipak Misra.

In a video shot in August 2017, she spoke of how she was scared for her safety. “You need to get me out. I will be killed anytime, tomorrow or the day after, I am sure. I know my father is getting angry. When I walk, he is hitting and kicking me,” she says in the video.

The Kerala high court had initially annulled Hadiya’s marriage and forced her dos tay with her parents for months before finally ordering that she be sent to Salem in Tamil Nadu to enable her to pursue homoeopathic studies. It has been alleged by her father that she was recruited by the Islamic State for a mission in Syria and that Jahan was only a stooge.