After the Chief Justice of India objected to the phrase "killed" in the terms of reference of the commission to describe the police action which led to the death of the gangster, the solicitor general said it would be changed to "alleged to have been killed". 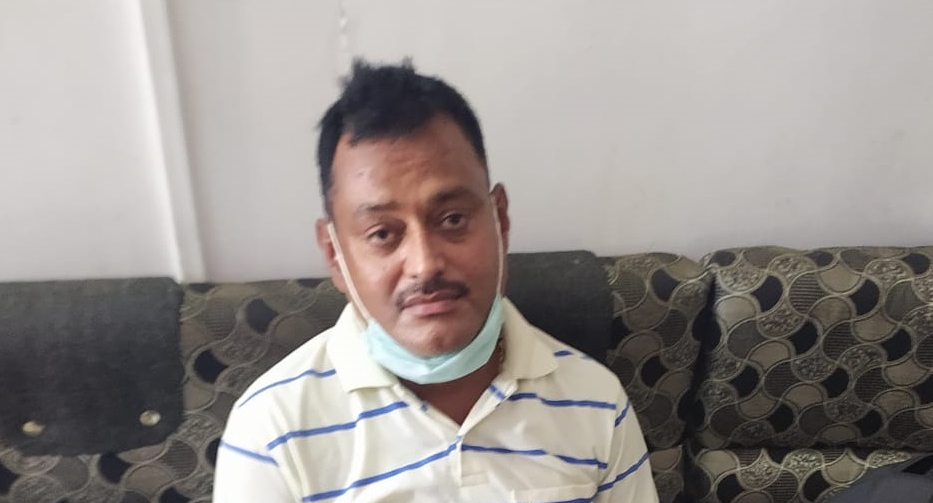 New Delhi: The Supreme Court on Wednesday approved the Uttar Pradesh government’s draft notification to appoint former apex court judge B.S. Chauhan as chairman of the three-member inquiry commission on the killing of eight policemen and the subsequent encounter killings of gangster Vikas Dubey and five of his associates.

A bench headed by Chief Justice S.A. Bobde directed that the inquiry commission should start functioning within a week and the probe be concluded within two months.

The other two members of the inquiry commission would be former high court judge Shashi Kant Agarwal and retired director general of police (DGP) of Uttar Pradesh K.L. Gupta.

Gupta had served as DGP from April 1998 to December 1999, mainly under the BJP government led by Kalyan Singh. As first reported by the Indian Express, he recently said in a TV debate that it was “not right to doubt the police” over the encounter.

Taking part in an India Today TV discussion on Dubey’s killing. Gupta said the media should stop looking at the encounter with “doubt”. His explanation for why media vehicles were held back two kilometres from the spot where Dubey was killed was that it is natural for private vehicles to be stopped at toll booths and checked while police vehicles go through. In the 10-15 minutes the media vehicles were held back, Dubey was shot dead after allegedly escaping from a vehicle which overturned, rendering all its police occupants unconscious.

“You are starting with a doubt, that why was his vehicle switched, that’s done for surprise element. SUVs overturn all the time on national highways… So it’s natural he would run… seeing that police have taken me into custody, I might get killed. The moment the vehicle turned over, he must have tried to run… He was trained, he had killed so many, if he fires from the front, police will fire back, and he will get hit in the chest,” Gupta said, according to the Indian Express translation of his comments on TV.

The eagerness of the bench to appear “even handed” on a matter which has seen retired judges, retired police officers and the media question the police claims may be gauged by this exchange between Chief Justice Bobde and solicitor general Tushar Mehta, who appeared for the UP government. As the Indian Express reports:

When … Mehta… told the bench that the terms of reference of the commission would include inquiry into the circumstances which led to the killing of Dubey, the CJI intervened to ask, “How can you refer to it as killed?” Mehta said they would modify it as alleged to have been killed.

Given that Dubey’s killing at the hands of the police is a fact, and what is at dispute is the lawfullness of that killing, it is not clear what purpose is served by referring to it as an “alleged” killing.

“We direct that the notification constituting the commission and incorporating the Terms of Reference as approved by us, shall be issued immediately. The commission shall sit at Lucknow, Uttar Pradesh and start functioning within a period of one week from today,” the bench said in its order.

“It is made clear that the secretarial assistance for the commission shall be provided by the Central government, from such services/departments as may be directed by the chairman of the commission,” the bench said.

The apex court was hearing a batch of petitions which have sought a court-monitored probe into encounters of Dubey and five of his alleged associates.

According to reports, the apex court said that it will not monitor the probe. “Just because [the encounter] has received so much publicity doesn’t mean the SC will now monitor a criminal investigation,” CJI Bobde said.

Some of the pleas have also sought a probe into the killing of eight policemen, including DSP Devendra Mishra, who were ambushed in Bikru village in Chaubeypur area of Kanpur when they were going to arrest Dubey after midnight on July 3.

In its order, the bench said that the commission shall submit a report to the apex court and the state government “in accordance with the Commissions of Inquiry Act, 1952, within a period of two months from the date on which the commission starts functioning.”

“Needless to mention that any party to the present petitions may apply to the inquiry commission for being heard,” it said.

The bench also directed that the Special Investigation Team (SIT), which has already been constituted by the Uttar Pradesh government, “will be free to inquire into any of the related incidents which are the subject matters of the case”.

“List the matter thereafter along with the report of the Commission,” it said.

On June 20, the apex court had said that it is a failure of the institution that a person like Dubey got bail despite several cases being lodged against him.

It had asked the Uttar Pradesh government to consider having a former apex court judge and a retired police officer in the inquiry committee probing the encounter. The bench told the state government that it has to uphold the rule of law.

In an affidavit filed in the apex court last week, the UP government had said that it has constituted a three-member SIT, headed by UP additional chief secretary Sanjay Bhoosreddy on July 11, to look into the crimes committed by the dreaded gangster and the alleged collusion between Dubey, police and politicians.

The bench noted in its order that during the hearing through video-conferencing, solicitor general Tushar Mehta, representing the Uttar Pradesh government, has “displayed on the computer screen, the draft of a notification appointing an independent three-member commission to inquire into the incidents” mentioned in the petitions.

It noted that as per the draft of the revised notification, the commission is to comprise of Justice (retd) Chauhan, Justice (retd) Agarwal and former DGP Gupta.

“The proposed terms of reference of the said commission were also read out for the benefit of the court as well as the counsel appearing in the matter. After hearing all the counsel, certain modifications were suggested and they were agreed to be carried out,” the bench noted.

During the hearing, the apex court observed that the scope of investigation to be conducted by the inquiry commission should be wide enough.

The bench said the top court is not in favour of “tying the hands” of the commission and it will not be wise to have a term of reference for it.

The bench asked Mehta to look into the names of other gangsters, provided by one of the petitioners, and ensure that similar incidents of such encounters and killing of cops do not recur.

Dubey was killed in an encounter in the morning of July 10. The UP police said that the vehicle carrying him from Ujjain to Kanpur met with an accident and he tried to escape from the spot in Bhauti area.