Attempts Being Made to Dilute Anti-Corruption Laws, A.P. Shah Writes to Modi

The letter by the former Delhi chief justice highlights the dangers of decriminalising the Companies Act, introducing electoral bonds, weakening the RTI Act and not implementing of the Lokpal Act and Whistleblowers Protection Act. 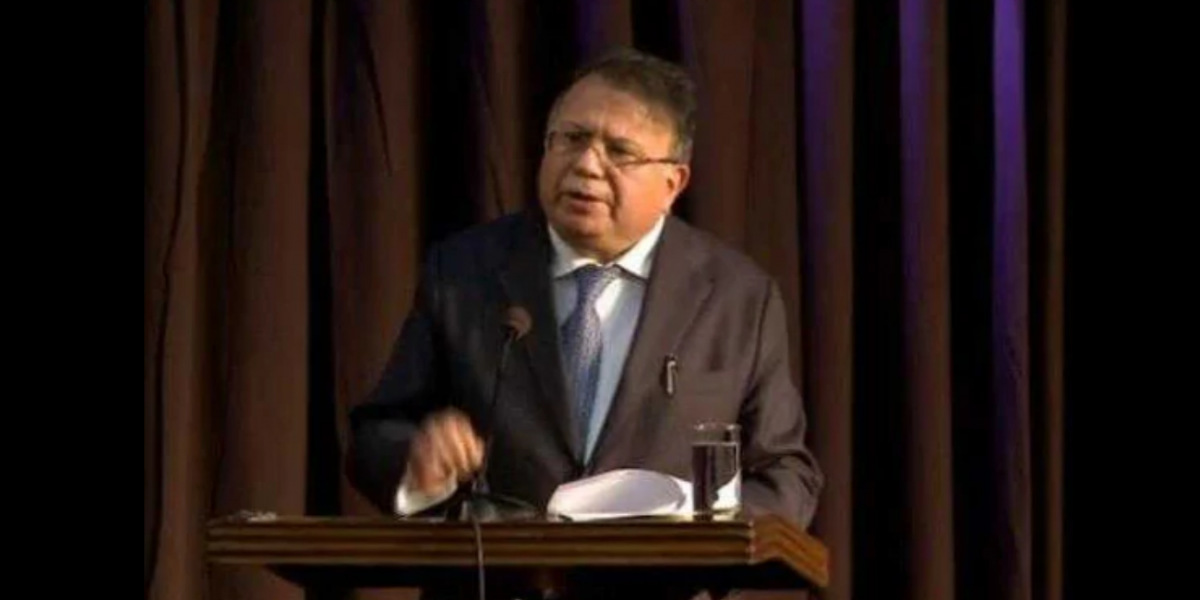 New Delhi: In a letter sent to Prime Minister Narendra Modi, former chief justice of Delhi high court and noted rights activist A.P. Shah has lamented that “instead of increasing transparency and accountability and making the deterrents for the wrong doers far more stiff, an attempt is being made to dilute various legislations which could result in a spurt in corporate offences especially”.

Writing to the PM in his capacity as chairman of Citizens Whistle Blowers Forum, Shah, who had also served as Chairman of the Law Commission, in his letter pointed out that “any campaign against corruption can become effective only when there is a basic change in the mindset of the government in favour of greater transparency and accountability through civil society participation at all levels of decision taking, devolution of authority and decentralisation of governance”.

Representing a forum whose other founder members include social activist Aruna Roy, former finance secretary E.A.S. Sarma, founder of Association for Democratic Reforms Jagdeep Chhokar, former admiral L. Ramdas, senior advocate Prashant Bhushan, and the first chief information commissioner Wajahat Habibullah, Shah also called for “strengthening of the democratic processes in every sphere of activity of the government” and noted that “bits and pieces of legislation without an overarching objective” would not deliver.

‘Proposed decriminalisation of the Companies Act, 2013, will only take away with deterrence’

In the letter, Shah goes deep into the proposed decriminalisation of the Companies Act, 2013, and. In this regard, he said the 2013 Act had “promised to usher in a new era in corporate governance”. Referring to how the “Satyam” case, the “largest accounting fraud in the history of India”, had led to the need for strict compliance of the Act, he said “Section 447 was introduced in the Act to deal severely with cases of fraud”.

Stating that at a time when cases like “Kingfisher Airlines and United Spirits (Vijay Mallya Group), Nirav Modi, Mehul Chokso, Fortis healthcare, etc.” have come to light and the non performing assets (NPAs) of banks are at an all-time high of about Rs 10 lakh crore, the Companies Act, which was expected to arrest any further decay of the system, is “ironically proposed to be decriminalised, that too with undue haste”.

Shah said the corporate affairs ministry has, through a notification dated July 13, 2018, formed a committee to review the punishment prescribed for various offences under the Companies Act, 2013, and the panel is to submit its recommendations within 30 days.

Shah cautioned Modi that “if implemented, the Act will be severely diluted and the much needed deterrent of criminal punishment will be done away with.” As such, he demanded that “this must not be allowed to happen in the larger public interest.” He also demanded that the ministry of corporate affairs put on hold the decriminalisation of the Companies Act and hold public deliberations for strengthening the Act.

He also demanded that the Central Bureau of Investigation (CBI) file an appeal against the orders of the Sessions Court in the Satyam scam to restore public confidence in the rule of law.

Shah also accused the NDA government of showing “utter callousness” in dealing with the management of the public sector undertaking. Noting that “at least 10 BJP politicians/spokespersons have been nominated on the boards of important PSU” and that Sambit Patra and Shazia Ilmi have been “appointed as independent directors on the board of ONGC and Engineers India respectively”, Shah said such appointments “do not bode well for governance”. He said these appointees do not possess the required skills and capabilities to effectively discharge the role of directors.

The former judge also demanded that the provisions related to appointment of directors need to be tightened. He said Section 164 of the Companies Act lists the disqualification for appointment of directors whereby “disqualification is limited to conviction by a court of any offence involving moral turpitude or for any offence under the Companies Act alone”.

Stating that there is no bar at present on any person even if convicted by a court for tax evasion or money laundering from becoming a director, Shah said this anomaly needs to be corrected urgently.

This, he said, has resulted in “complete opacity” to the detriment of the various corporate stakeholders. Cautioning that this provision would “drastically increase black money and corruption” as it will “lead to the creation of shell companies and rise of benami transactions” for channeling undocumented money into political and elector process, Shah called for restoring the earlier limit.

Shah also lamented that the Finance Act of 2017 had introduced the use of electoral bonds, which are exempt from disclosure under the Representation of Peoples Act, 1951, saying these have opened the doors for unchecked and unknown funding to political parties. “With electoral bonds,” he said, “the public will have no clue from where the money came and how much went to each political party.”

Also, he said, “the Finance Act, 2016 had amended the Foreign Contribution Regulation Act (FCRA) 2010 to allow foreign companies with subsidiaries in India to fund political parties in India, thereby exposing the Indian politics and democracy to international lobbyists who may want to further their agenda.”

These amendments, he cautioned, “pose a serious danger to the autonomy of the country and are bound to adversely affect national security, electoral transparency, encourage corrupt practices in politics and have made the unholy nexus between politics and corporate houses more opaque and treacherous”. Shah added that amendments made to the Reserve Bank of India Act, 1934 and Income Tax Act 1961 have further affected transparency in political funding.

He said these legislations have also opened the possibility of companies being brought into existence by unscrupulous elements primarily for routing funds to political parties through anonymous and opaque instruments like electoral bonds.

Shah also raised the issue of the Whistleblowers Protection Act not being operationalised till date despite four years having passed since it was passed in February 2014. Pointing out how all these years, whistleblowers have been “attacked and killed for exposing corruption”, he reprimanded the government for moving an amendment bill in parliament in May 2015 which had sought to “severely dilute the Act by removing safeguards available to whistleblowers from prosecution under the Official Secrets Act”.

Shah also charged that attempts have been made to weaken the Right to Information Act by “empowering the central and state governments to decide the salaries and tenures of information commissioners”. Earlier, too, he said, the Rule 12 of the proposed RTI Rules of 2017 had suggested that “the proceedings pending before the Commission shall abate on the death of the appellant”. Shah said in country where RTI applicants are often harassed and even killed, “such provision provide a perverse incentive to vested interests to silence the information seeker”.

Modi government came to power on anti-corruption plank, but did not appoint Lokpal

Shah also noted that though the current government came to power on the anti-corruption plank, it has failed to operationalise the Lokpal and Lokayuktas Act, 2013 which was as it is a very diluted form of the Jan Lokpal Bill proposed by India Against Corruption. He demanded that the Lokpal be appointed immediately.

While no Lokpal has been appointed so far, Shah said the Act too was diluted by the present government in 2016 “to exempt public servants’ families from disclosing their assets and sources of income”.

The letter to the Prime Minister also dealt in detail with the Satyam scam. Shah said while the government is passing new laws such as in Fugitive Economic Offenders Bill to fight corruption the effective implementation of the existing laws left a lot to be desired. In this regard, he referred to the Satyam case of 2009 in which investors lost huge savings and Life Insurance Corporation alone lost Rs 950 crore.

Shah said “the Serious Frauds and Investigation office, an arm of MCA, submitted its report in April 2009 confirming: 1) Falsification of accounts, and 2) complicity of the auditors, Price Waterhouse, in the fraud.”

He said the Supreme Court had ordered the trial to be completed within two years. However, the CBI court gave its verdict on April9, 2015, almost 6 years after the fraud came to light. While the CBI court had handed out 7 year jail terms to Satyam Computers founder B. Ramalinga Raju and nince others, a month later the sessions court in Hyderabad had granted bail to all of them.

Despite such a strong verdict in its favour, Shah wrote, “the orders of the sessions court are yet to be appealed by the CBI”. He said it appears that an “invisible hand is protecting” the accused and demanded that the CBI immediately file an appeal against the sessions court order.