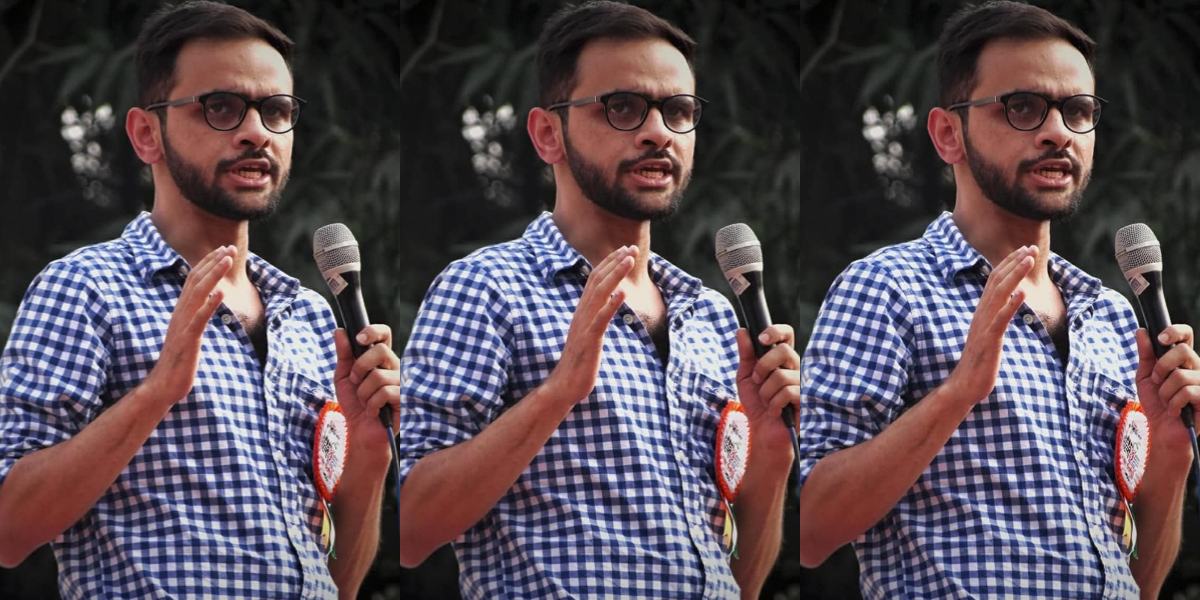 New Delhi: Scholar and activist Umar Khalid, jailed after having been charged under sections of the Unlawful Activities (Prevention) Act over what the Delhi Police claims is his involvement in the “conspiracy” behind the riots in February 2020, has withdrawn his bail application and filed a fresh one.

The move was prompted by Delhi Police’s objection to the maintainability of the previous bail plea.

Senior advocate Trideep Pais, appearing for Khalid, told Additional Sessions Judge Amitabh Rawat that the application seeking bail under Section 439 of the Code of Criminal Procedure (CrPC) has been substituted with the one under Section 437 after the police objected to it.

In late August, Delhi police had questioned the maintainability of former Congress councillor Ishrat Jahan’s bail plea over the same two sections of the CrPC. Jahan was booked under the UAPA, in connection with the Delhi riots case, as well.

Indian Express quoted Pais as having asked the court to let him continue with the arguments so that a “day’s time is not wasted”.

Pais, on the other hand, assured the court that he had not changed anything except the CrPC provisions under which the bail application was filed, Bar and Bench has reported.

The fresh application was filed after Prasad submitted that the court hearing the plea is a special court designated under the UAPA Act and therefore exercises all powers that are before the Court of Magistrate within the rigours of Section 437 of CrPC.

ASJ Rawat sought the police reply on the fresh bail application and posted the matter to September 8.

In the last hearing on the bail plea on September 3, Khalid told the court in no uncertain terms that the charge sheet in the case makes hyperbolic allegations without any factual basis, in places reading like the script of a spy thriller series and leaving no stone unturned in painting Khalid as a villain.

Delhi Police had earlier said Khalid’s bail plea had no merit and that it will demonstrate the prima facie case against him before the court by referring to the charge sheet filed in the case.