Chidambaram, appearing for one of the petitioners opposing the Union government's 2016 decision, submitted that the right to regulate the issue of bank notes is entirely with the RBI. 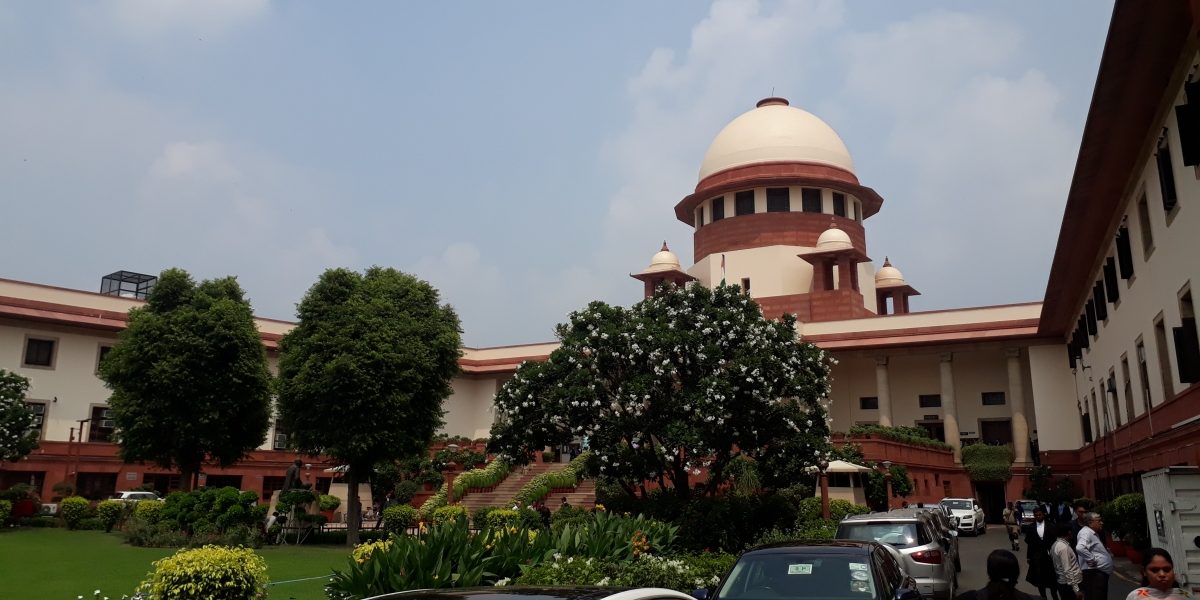 New Delhi: Calling the demonetisation of Rs 500 and Rs 1,000 currency notes “deeply flawed”, senior lawyer P. Chidambaram told the Supreme Court on Thursday, November 24, the Union government cannot on its own initiate any proposal relating to legal tender which and can only be done on the recommendation of the Reserve Bank of India’s central board.

Chidambaram, appearing for one of the petitioners opposing the Union government’s 2016 decision, submitted before a five-judge constitution bench headed by Justice S.A. Nazeer that the right to regulate the issue of bank notes is entirely with the RBI.

“The Central government cannot on its own initiate any proposal relating to currency notes. It can only be on the central board’s recommendation. This decision making process should be struck down.”

“This is the most outrageous decision making process which makes a mockery of the rule of law. This process must be struck down for being deeply flawed,” Chidambaram told the bench which also comprised Justices B.R. Gavai, A.S. Bopanna, V. Ramasubramanian, and B.V. Nagarathna.

Noting that demonetisation was a major economic decision which impacted every citizen of the country, the senior lawyer questioned the power of the Union government to invoke Section 26 of the Reserve Bank of India Act to demonetise currency notes and submitted that Section 26(2) gives power to Union government to cancel only certain series of currency notes and not the entire notes of a denomination.

Chidambaram alleged the possible “horrendous consequences” of demonetisation were not assessed, researched or documented.

“Over 2,300 crore currency notes were demonetised while the government’s printing presses could only print 300 crore notes per month. This gross mismatch meant it would take several months to print notes,” he said.

Referring to the November 8, 2016 notification issued by the government, the former Union finance minister said the three objectives it aimed to achieve through demonetisation were to control fake currency, black money and terrorism.

“None of these objectives could be achieved. The annual report of the RBI for 2016-2017 stated that only fake currency of a value of Rs 43 crore was detected in the nearly Rs 15.31 lakh crore worth of currency exchanged. Fake currency represented 0.0028 per cent of the total currency returned and exchanged. So, how is the objective achieved?” he said.

The Union government recently told the top court in an affidavit the demonetisation exercise was a “well-considered” decision and part of a larger strategy to combat the menace of fake money, terror financing, black money and tax evasion.

Defending its decision to demonetise currency notes of Rs 500 and Rs 1,000 denominations, the Union government had told the apex court the step was taken after extensive consultation with the RBI and advance preparations were made before the note ban was enforced.

Chidambaram said it is common knowledge that despite the impugned demonetisation, drugs are being traded extensively and even ministers have said Punjab is becoming a conduit for drug trafficking.

“It is also common knowledge that terrorism is not abated. Only last week there was an international conference on terrorism and the home minister said that we should set up a separate agency to deal with the financing of terrorism.”

“There is no evidence that only fake currency was financing terrorism. New Rs 2,000 notes were found on the bodies of terrorists, killed in an encounter in Bandipora on November 22, 2016. Hence, the stated objective hopelessly failed,” he said.

Chidambaram submitted the third objective was to catch hold of people with unaccounted money.

“According to the annual report, nearly 99.3% of demonetised notes were returned. The conclusion is that practically all allegedly unaccounted for black money stored in Rs 500 and Rs 1,000 currency notes were exchanged and the exchanger received white money,” he said.

Questioning the introduction of Rs 2,000 currency notes, Chidambaram said if the objective was to eliminate unaccounted wealth, black money, there was little sense in introducing notes of that denomination.

He alleged demonetisation imposed a disproportionate and intolerable burden on the people resulting in loss of hundreds of lives and livelihoods.

At this point, Justice Nazeer said, “What can be done now? It is over now. First point, we will consider.”

Chidambaram replied if the top court holds that the demonetisation process was flawed, that will be good enough and the government will not indulge in such “misadventure” in the future.

Justice Nagarathna remarked that even if the government followed the procedure cited by him with regard to initiating demonetisation, its adverse impact would have still happened.

Chidambaram responded, saying “Not necessarily… Applying the test of proportionality, your lordships can say it was an unreasonable action.”

The hearing will continue next week.

The bench was hearing a batch of 58 petitions challenging the Union government’s November 8, 2016 decision to demonetise the currency notes of two denominations.

On December 16, 2016, a bench headed by then Chief Justice T.S. Thakur had referred the question of the validity of the decision and other related matters to a larger bench of five judges for an authoritative pronouncement.