The police told the court that Shifa-Ur-Rehman was involved in a criminal conspiracy along with former Jawaharlal Nehru University student Umar Khalid. 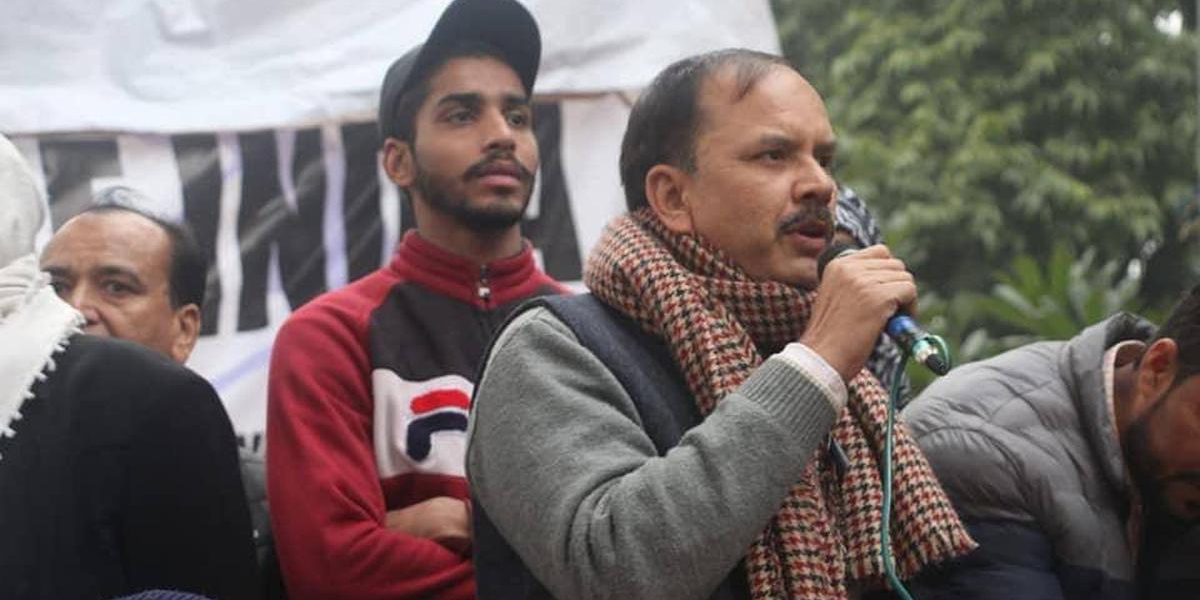 New Delhi: A Delhi court on Monday sent Shifa-Ur-Rehman, the president of the Jamia Millia Islamia Alumni Association, to ten-day police custody. Rehman has been arrested under the stringent Unlawful Activities (Prevention) Act (UAPA) in connection with riots in northeast Delhi in February.

The police told the court that Rehman, who is also a member of the Jamia Coordination Committee, was involved in a criminal conspiracy along with former Jawaharlal Nehru University student Umar Khalid.

“We had technical evidence against him which suggests that he incited mobs during the riots. He was also seen in the CCTV footage which was collected from the riot-affected areas. We have checked his call record details and WhatsApp messages and found more evidence which suggests his involvement in the riots,” the police said.

Clashes had broken out between the supporters of the law and those opposing it between February 23 and 26 in North East Delhi, killing 53 people and injuring hundreds. The police were accused of either inaction or complicity in some instances of violence, mostly in Muslim neighbourhoods. The violence was the worst Delhi saw since the anti-Sikh riots of 1984.

Last week, the police booked former Jawaharlal Nehru University student Umar Khalid and Jamia Millia Islamia students Meeran Haider and Safoora Zargar under the UAPA. The students have also been booked for the offences of sedition, murder, attempt to murder, promoting enmity between different groups on grounds of religion and rioting.

In the first information report, the police have claimed that the communal violence was a “premeditated conspiracy”.

While seeking his custody, the police told the court that Rahman’s name popped up after the interrogation of the other arrested in the case.

The police produced Rehman before Special Judge Sanjeev Kumar Jain and sought his custodial interrogation for 12 days. It told the court that Rehman’s interrogation was required to unearth the larger conspiracy and find out the names of his other accomplices.

It further told the court that the interrogation of the witnesses revealed that that Rehman received funds from the members of alumni of Jamia Millia Islamia based in Middle East countries and was co-coordinating the protest sites.