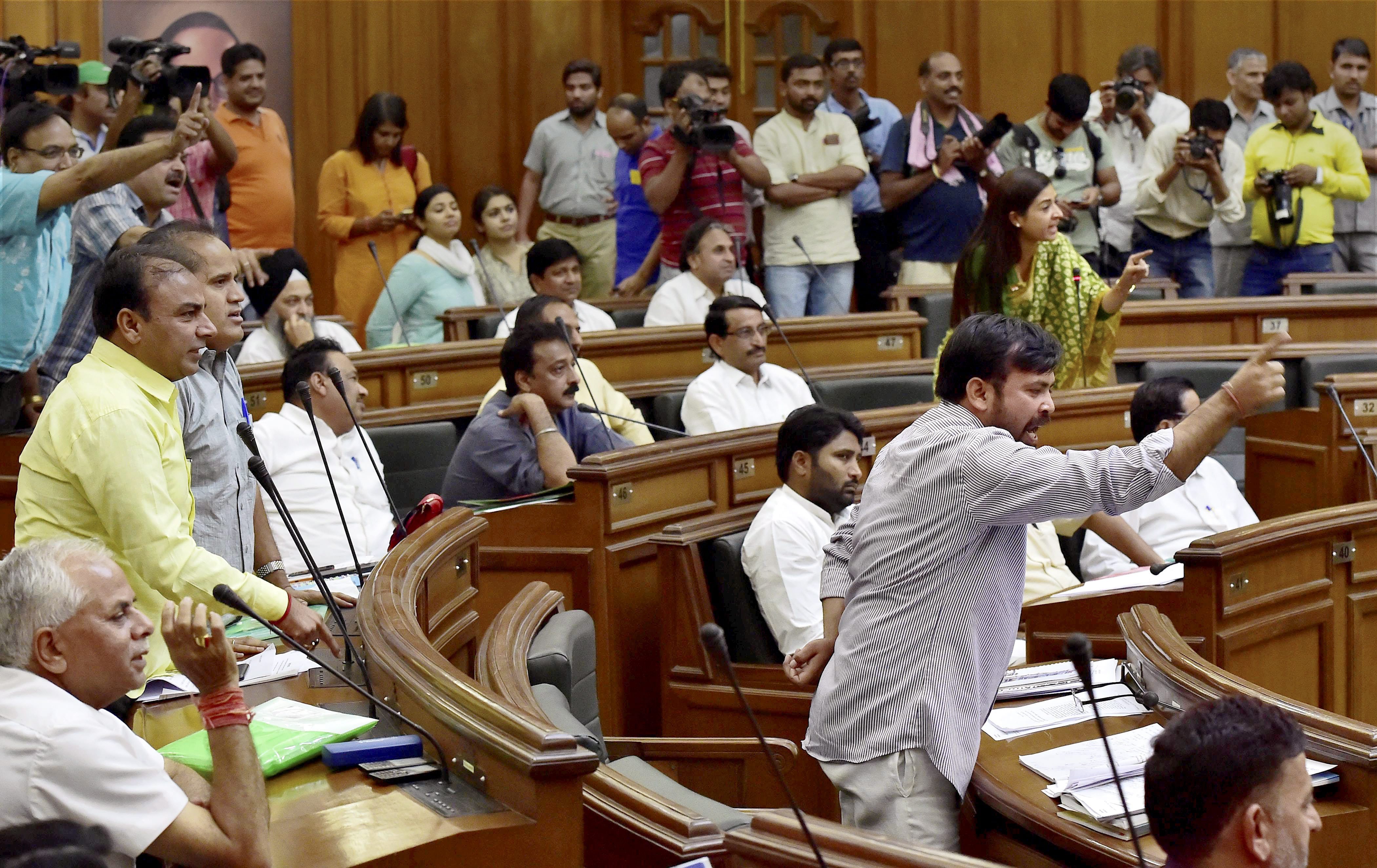 New Delhi: The Aam Aadmi Party government’s turf war with the Lt.Governor in Delhi, and the National Judicial Appointments Commission (NJAC) case – both currently before the Supreme Court – may end up having one thing in common: a plea for reference to an 11-judge bench to reconsider a judgment delivered by nine judges in the 1990s.

The point of difference, however, is that while in the first case, the Central government may find itself resisting such a reference, in the latter, it was the primary proponent of such a move, which was turned down by the Supreme Court on May 12.

In the first hearing of the Delhi turf war case, Union of India vs Government of National Capital Territory of Delhi on May 29, held before the vacation bench of the Supreme Court comprising Justices A.K.Sikri and Uday Umesh Lalit, the Central government was categorical that the issue before the court was well settled by the bench of nine judges in the 1996 case, NDMC vs State of Punjab.

However, it is precisely this judgment of nine judges which the Delhi government may want reconsidered and upturned by a larger bench of the Supreme Court if it has to win its turf war with the Lt. Governor.

In his legal opinion submitted to the Delhi Government on the issue of its constitutional status, senior advocate Gopal Subramanium observed that to the extent the proviso to clause (4) of Article 239AA of the Constitution has the potential of diluting clause (4) and clause (6) – which provide for cabinet form of government for the National Capital Territory of Delhi – it would be directly hit by the Doctrine of Basic Structure evolved in the Kesavananda Bharati case.

Article 239AA, inserted by the Constitution (69th Amendment) Act, 1991, deals with special provisions with respect to Delhi. Clause 4 of this article says:

“There shall be a Council of Ministers consisting of not more than 10 per cent of the total number of members in the Legislative Assembly, with the Chief Minister at the head to aid and advise the Lieutenant Governor in the exercise of his functions in relation to matters with respect to which the Legislative Assembly has power to make laws, except in so far as he is, by or under any law, required to act in his discretion.”

The proviso to Clause 4 says:

Clause 6 of Article 239AA says: “The Council of Ministers shall be collectively responsible to the Legislative assembly.”

While answering the question, Is the National Capital of Delhi a State?, Subramanium in his legal opinion referred to the Supreme Court’s decision in the NDMC case. As Subramanium explained, although Delhi’s statehood was not a question which arose directly in the case, it was interpreted in the context of whether the property tax applied in the NCT of Delhi would amount to Union taxation or State taxation for the purposes of exemption under Article 289 of the Constitution.

The Supreme Court held in this case that a Union Territory is not a State, and therefore, a tax levied under a law made by the legislature of a Union Territory cannot be called “State taxation”. The court also held that though UTs do have a separate identity within the constitutional framework, this will not enable them to avail of the privileges available to the States.

In a subsequent judgment in Delhi Bar Association v. Union of India (2008), the court reiterated its previous decision in the NDMC case – that the Delhi Legislative Assembly is inferior to Parliament in hierarchy.

In his legal opinion, Subramanium observed that the NDMC judgment  and those delivered after that but subscribing to it overlook the concept of democracy implicit in the creation of a legislature and the cabinet form of government.  “Hence, it may be argued that the same are inconsistent with the doctrine of basic structure”, he has said. Towards the end of his opinion, Subramanium categorically states that the view taken by the Supreme Court in the NDMC case is incorrect and requires reconsideration.

Given that Subramanium’s opinion to the Delhi government is the most-detailed one it has received to date, his observation is very significant.

In the Delhi turf-war case, the Centre, as a petitioner, has prayed for setting aside the recent observations of the Delhi High Court describing as “suspect” its latest notification reducing the Delhi Government’s powers. The Centre may well argue that the High Court could not have so observed when the NDMC judgment held the field.

Crutch for the Centre

Although the factual matrix of the Delhi and NJAC cases is different, some of the arguments for and against making a reference to a larger bench to reconsider the law laid down in a previously decided case are the same.

Thus we may find the Centre adopting the argument of the petitioners in the NJAC case that judgments delivered by a Constitution Bench of nine Judges are not easily upturned to ensure consistency and predictability.

Another argument of the petitioners in the NJAC case which the government could find useful is what happens if an 11-judge bench upholds the law laid down in the NDMC case? Would the respondents (in this case, the Delhi Government) then agree to abide by it, or raise fresh issues not raised in the NDMC case.

If the Delhi government raises fresh issues in the event of the NDMC judgment being upheld by an 11-judge bench, then the reference to the larger bench would not serve the purpose, the Centre may find itself arguing before the Supreme Court.

As of now, the plea for reference of the NDMC case to a larger Bench in the Delhi turf war may be muted, but it is likely to gain strength once the hearing progresses in the Supreme Court.