While there are many upright lawyers, it must be said that the ethical standards of not a few have fallen. 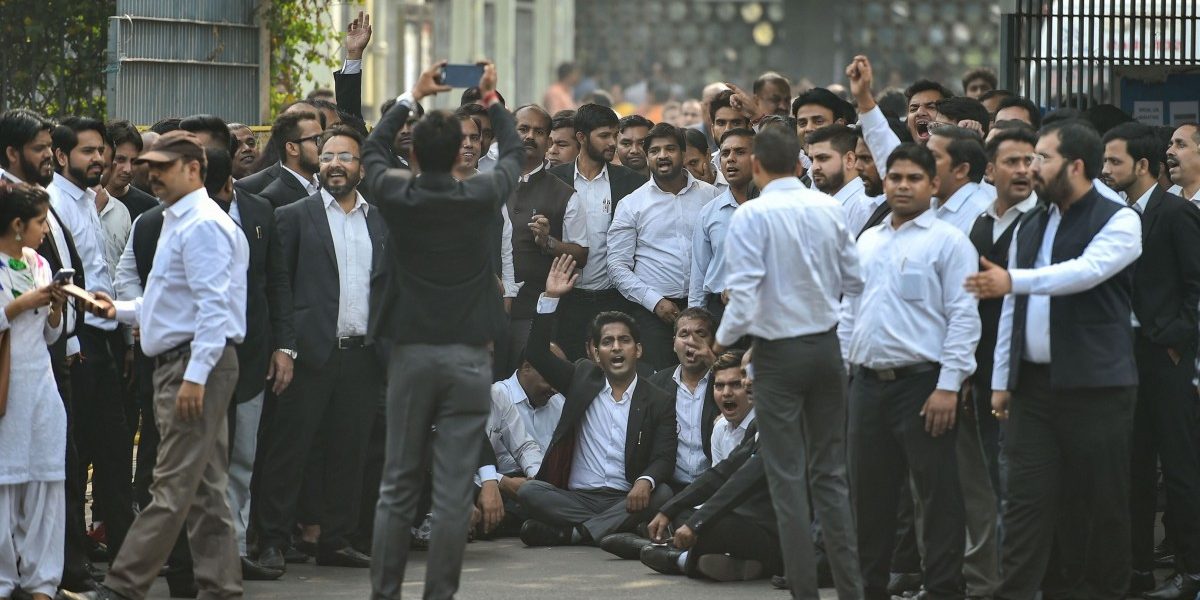 Clashes took place between lawyers and the police in Tis Hazari, Karkardooma and Saket courts in Delhi recently. The Delhi high court has ordered an enquiry into them, so it would not be proper to comment on these specific instances at this stage. However, a few remarks can be made generally about the legal profession in India.

The truth of the matter is that today the overwhelming number of lawyers (perhaps 80-85%) in almost all courts in India are young in the profession; among them, sadly, the briefless, militant ones tend to dominate the scene in the bar. Senior and sober lawyers are often afraid to speak out in the bar associations, or even to go there, for fear they may be roughed up by some of these over-exuberant lawyers. This I can say from my personal knowledge in three high courts, viz Allahabad HC, where I was a lawyer and then a judge and later acting chief justice, and Madras HC and Delhi HC, where I was the chief justice, and in many district courts.

In the Allahabad High Court Bar Association, I seldom saw senior lawyers attending its meetings, and the same was the case regarding the Madras High Court Advocates Association, which has perhaps 10,000 members, whereas they would attend meetings of the much smaller Madras Bar Association (which initially had only British educated barristers as its members, but later also admitted lawyers with over 15 years practice, and today has about 500 members).

When I was the chief justice of the Delhi HC, the Tis Hazari lawyers went on strike over the opening of the Rohini court, which they thought would affect their incomes (and they hardly cared whether it was required in the public interest or not) and vandalised 26 courtrooms, breaking furniture there and throwing away court files.

When I was a judge and later the acting chief justice of the Allahabad HC, the district court lawyers would often go on strike (despite the Supreme Court judgment in Harish Uppal vs Union of India declaring lawyers’ strikes illegal), often on frivolous grounds, e.g. a private boundary dispute between a lawyer and his neighbour, or because a monkey which lived in the court compound and began to be regarded by some as Hanumanji, died, or because American planes bombed Libya. The Allahabad HC lawyers often went on strike for long periods against the proposal to create a Western UP bench of the court, disregarding the suffering this caused to the litigant public, who could not get a stay of eviction/demolition/recovery or bail even though they had a good case.

Lawyers often complain of high handedness by policemen, but from what I could gather, usually the incident begins with some lawyers assaulting policemen, as it reportedly happened in the Delhi courts recently (though the final truth can only be known when the investigation ordered by the high court is complete). If lawyers assault policemen, there is naturally likely to be retaliation. After all, they are policemen. So why do lawyers complain?

And what about the ethics in the legal profession? Though no doubt there are many upright lawyers, it must be said with regret that the ethical standards of not a few have gone down to a very low level; to make money, they can commit almost any malpractice.

There was a time (before Independence, and for some years thereafter) that society in India respected lawyers, as it respected politicians. It must be said with regret however that today, with a few exceptions, it respects neither.