Justice Muralidhar expressed 'anguish' that the national capital is burning and questioned the delay in filing cases.

New Delhi: The Delhi high court on Wednesday asked the Delhi Police to ‘take a conscious decision with respect to the registration of FIRs’ against BJP leaders Anurag Thakur, Parvesh Verma and Kapil Mishra, and others, who made alleged hate speeches that may have incited violence in the national capital.

Notably, Justice S. Muralidhar slammed a Delhi police officer for saying he had not watched the video in which BJP leader Kapil Mishra issued threats to those protesting against the Citizenship (Amendment) Act (CAA) and played the clip in court. Clips of speeches made by Thakur, Verma and MLA Abhay Verma were also played in court. Thakur and Abhay Verma led crowds to chant ‘shoot the traitors’, while Parvesh Verma accused the peaceful protesters at Shahen Bagh ‘rapists and murderers’.

The bench of Justices Muralidhar and Talwant Singh was hearing a petition, filed by civil rights activist Harsh Mander, that sought FIRs to be registered against three BJP leaders, saying their hate speeches had resulted in the Delhi riots in which more than 20 people have been killed.

Solicitor general Tushar Mehta and Justice Muralidhar engaged in an animated debate during the hearing, most notably when the former said that the police cannot do anything at the moment because the situation is delicate. He said that FIRs will be “registered at an appropriate stage”. Justice Muralidhar responded, saying, “Which is that appropriate stage? After the city  has burnt down?”

Mehta reportedly shot back that the city is not burning, “It is only a few areas”.

“How many more lives have to be lost, how much property has to be destroyed?” Justice Muralidhar asked, to which SG Mehta requested the court not to get “angry”. “This is not anger, this is anguish,” the judge responded, according to Bar & Bench.

The court also asked the police why there was a delay in registering the FIR, saying that it could send the wrong message and that people are not deterred from using incendiary slogans.

When you don’t register an FIR, a wrong message goes out, people arent deterred from repeating it. Is it not a cause for alarm: Court

We are trying to contain the situation: Officer

But to say that we will not react to the origin of the situation…it’s a chain: J Muralidhar

He added, “Just register an FIR, communicate it to your commissioner of police. This is the anguish of a constitutional court. Why are you not showing alacrity when it comes to registration of FIR in these cases? We want peace to prevail. This city has seen enough violence. Let us not repeat 1984.”

Every day’s delay in registering FIR is crucial. The more and more you delay, the more problems are getting created – Justice Muralidhar#DelhiRiots#DelhiViolence

The court also clarified that its orders were not limited to the BJP leaders, but to any leaders who may have made hate speeches.

Notably, Justice Muralidhar will not be hearing the case from its next hearing onwards. As The Quint has reported, “Mander’s petition was originally scheduled to be heard by Chief Justice DN Patel on an urgent basis on Wednesday. However, he was not present in court for the day, and nor was the next senior-most judge, Justice GS Sistani. As a result, Mander’s lawyer, senior advocate Colin Gonsalves, mentioned the matter before Justice Muralidhar on Wednesday morning, as he was the most senior judge of the court present.”

Late on Wednesday the Centre notified Justice Muralidhar’s transfer to Punjab and Haryana high court. The transfer, without having been promoted to Chief Justice, has led to prolonged protests by the Bar Association.

Mehta claimed that the petitioners (Harsh Mander) and their counsel (Colin Gonsalves) have handpicked only three speeches, claiming that there were other speeches made from all quarters that have resulted in the violence. He claimed to be in possession of more videos showing hate speeches.

The bench responded saying that this submission only portrays the police in worse light. “So apart from these three, there are other hate speech FIRs also that have not been registered? I will take your word for it that those clips also make out cognizable offences … You are saying that the police not only failed to take action in these three clips but many more clips?” Justice Muralidhar said, according to Bar & Bench.

Gonsalves also said that the three BJP leaders have not denied the veracity of videos showing their alleged hate speeches, and were in fact “proud” of them. He said arresting them would be the first step towards calming the situation.

Colin Gonsalves: No Sir, they seem to be very proud of their statements. Arresting them would be a first step towards calming the situation.#delhivoilence #DelhiRiots

On the riots in Delhi, the advocate said that the attackers belong to the BJP, and accused the police of being mute spectators. “Such is the tragic state of affairs in this city,” Gonsalves said.

The petition was filed by Mander and activist Farah Naqvi and apart from the registering of FIRs, sought the setting up of a special investigation (SIT) team to inquire into the riots in Delhi and compensation for those killed and injured in the violence.

The matter was mentioned for urgent hearing before Justice Muralidhar’s bench as the bench headed by the chief justice was not holding court on Wednesday. The bench was informed by SG Mehta that the matter had been listed before the Delhi chief justice’s court and will be heard on Thursday. He informed the bench that the plea seeking the arrest of BJP leaders, allegedly for making hate speeches is ‘not urgent enough so as to call the matter from the chief justice’s court and hear it today’, according to LiveLaw.

Justice Muralidhar said that because the petitioner wanted urgent orders, the bench took it up on Wednesday.

When Mehta asked if the matter cannot wait for 16 more hours, Justice Muralidhar responded, “Isn’t lodging of FIRs against the culprits an urgent matter?” He remarked that the situation is very unpleasant, saying, “We have to discuss the issue of urgency.”

The solicitor general continued to press for more time to make submissions, saying he was not aware of the facts. Justice Muralidhar asked Mehta if he has watched videos of the violence and if he still thinks the matter is not urgent. The solicitor general said he had not watched any videos, adding that he doesn’t watch “TV or news” before making his submissions. “Unfortunately that’s not the privilege that judges have,” Justice Muralidhar responded, LiveLaw reported.

Justice Muralidhar also asked the deputy commissioner of police (crime branch), who was present in the court, if he has watched the videos of speeches made by BJP leaders which have led to the petition seeking an FIR and their arrest. The police officer responded saying he had watched two videos, but not the speech made by Kapil Mishra. 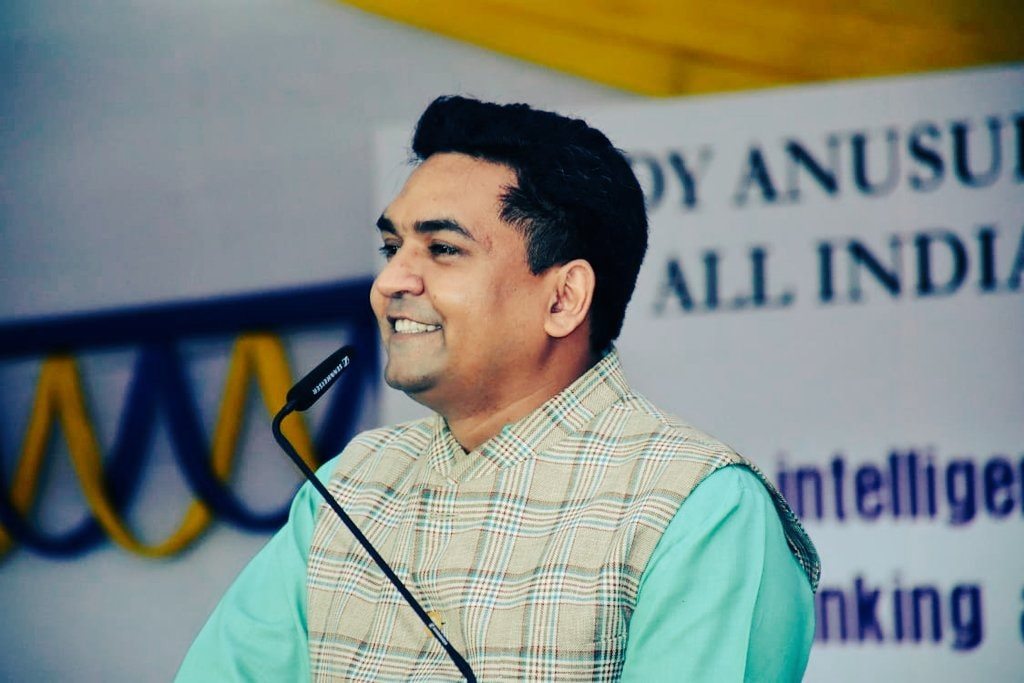 The judge was ‘appalled’ by this response, saying, “This is really concerning. There are so many TVs in your office, how can a police officer say that he hasn’t watched the videos. I’m really appalled by the state of affairs of Delhi Police.”

He ordered the clip of Mishra’s speech to be played in the court, saying, “Let all of you watch it.” After the video was played, the DCP identified the police officer present in the video as DCP (north east) Surya.

Early on Wednesday, Justice Muralidhar was part of a bench which held an emergency hearing seeking medical relief to around 20 people injured in Mustafabad during the violence. The court ordered the Delhi police to provide safe passage to the injured.

Justice Muralidhar is the third-most senior judge in the Delhi high court. The Supreme Court Collegium recently recommended his transfer to the Punjab and Haryana high court, which has been protested by the high court bar.

In a separate case seeking the registration of FIRs against BJP leaders Anurag Thakur and Parvesh Sahib Singh Verma for incendiary speeches made before the Delhi assembly elections, the Delhi police informed a Special MP/MLA court that no “cognisable offence” has been committed by the duo.

Union minister Thakur led a crowd to chant ‘shoot the traitors’ after raging against those protesting the Citizenship (Amendment) Act, while MP Verma called peaceful protesters at Shaheen Bagh ‘rapists and murderers’.

The Crime Branch told the court that the complaint, which was filed by Communist Party of India (Marxist) leaders Brinda Karat and K.M. Tiwari, “made a presumption” that the speeches incited violence, such as the shootings on Jamia students and anti-Citizenship (Amendment) Act protesters at Shaheen Bagh.