By recognising the right to shelter as a conditional social right rather than a systemic one, the Delhi high court narrowed its jurisdiction in the matter, limiting its ability to provide substantial benefits to slum dwellers. 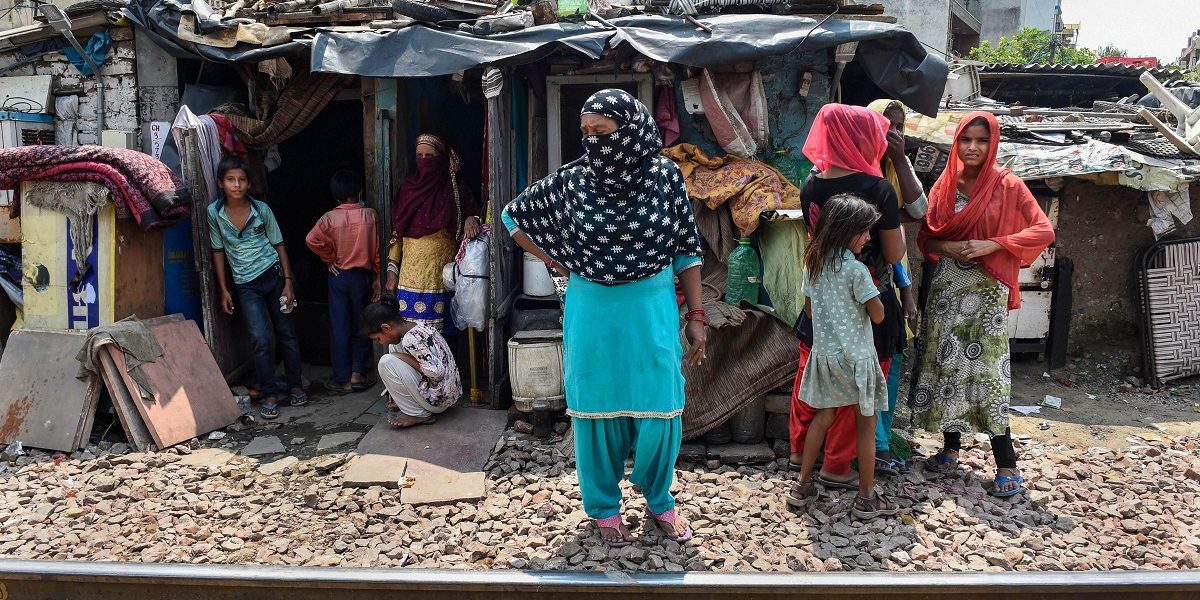 A resident of a slum near Sarai Rohilla Railway line, in New Delhi on September 13, 2020. The Supreme Court had on August 31 ordered the removal of 48,000 slum dwellings along railway tracks in Delhi within three months. As per rough estimates, there are around 2,40,000 people living in slums. Photo: PTI/Atul Yadav

On July 4, 2022, in Samarpal versus Union of India, the Delhi high court held that the right to shelter was a fundamental right under Article 21 of the Constitution. It also observed that, “Ameliorative and beneficial statutes and schemes have, it is trite, to be broadly and liberally interpreted, so as to maximise their scope and effect.”

However, mere ‘semantic gymnastics’ will do little to extend substantial benefits that may be offered to the poor through an enforceable remedy under the fundamental right to shelter.

Instead, the court should have avoided narrowing its jurisdiction by limiting itself to the challenge; it could have proceeded to direct the government to take reasonable measures to provide the evicted residents of the jhuggis with alternative accommodation.

The petitioners claimed entitlement to relocation under the Ministry of Urban Development’s (MoUD) Policy for Relocation of Slum Dwellers (henceforth referred to as the ‘Relocation Policy’). The Relocation Policy requires that the jhuggi have been set up before November 30, 1998. The government argued that the claimants were not covered by the policy because the claimants’ jhuggi – the ‘Lahori Gate side basti‘ – was set up only in 2003.

The petitioner counter claimed that the jhuggi where they were originally residing – the ‘Shahid Karim basti’ – was established in the 1980s, however, they were relocated to the side of Lahori gate during an exercise to increase the number of platforms in the New Delhi Railway Station in 2003. Because of the exercise, they claimed that they had to shift 10-15 jhuggis from the Shahid Basti, below the foot bridge, to the Lahori Gate side and that the petitioners were among the residents of these 10-15 jhuggis.

The fundamental right to shelter was declared by the court not as a ‘systemic right’ but as a ‘conditional right’. A claim under the right to shelter would stand conditional upon the existence of a particular policy/statute which must provide for the means to facilitate exercising the right. In this case, such policy/statute is the Relocation Policy. The right would be violated only when the state fails to fulfil its obligations under the policy/statute, as opposed to other rights where the state has only to not actively violate or block them by taking a violative measure.

The distinction between systemic and conditional rights can be understood with the example of the Right of Children to Free and Compulsory Education Act, 2009 (RTE Act): The right to education is a systemic social right for children between the ages of six to 14. The state is obligated to take necessary measures to facilitate the right at a systemic level because any child in that age group can claim the right; the state would be duty-bound to provide necessary means to exercise that right.

The benefits under ameliorative and beneficial statutes and schemes cannot significantly be extended to the poor by a broad and liberal interpretation. Instead, the court should grant a remedy of systemic nature where the government is directed to take reasonable measures to provide shelter to the poor residing in similar jhuggies instead of keeping the right to shelter conditional to a policy which may itself be restrictive in scope.

In this case, a broad and liberal interpretation could not have tweaked the cut-off date of ‘November 30, 1998’ before/on which the jhuggis had to have been set up for the petitioners to be covered under the Relocation Policy. Traditionally, it would be within the function of the court to declare that the cut-off date could be held as arbitrary. However, the standard for holding a cut-off date arbitrarily is high.

In the Valliappan case, the court observed that, “It is settled law that the choice of a date as a basis for classification cannot always be dubbed as arbitrary even if no particular reason is forthcoming for the choice unless it is shown to be capricious or whimsical in the circumstances…”. Likewise, the right to free and compulsory education is a fundamental right for children up to the age of 14 under the RTE Act. The court cannot re-interpret the cut-off age of 14 years as 18 to widen the benefits to poor children.

So, merely because a cut-off date/age is arbitrary does not mean that it is unreasonable. Courts in India have judicially reviewed even policy decisions on the touchstone of fundamental rights.

A liberal interpretation, therefore, can only assess if the petitioner’s jhuggi was set up before November 30, 1998; that too only in instances where ambiguity exists. However, it would also be within the judicial function to either trace the existence of jhuggis to the 1980s when they were originally setup; or alternatively, to recognise the existence of a right and compel the government to act.

When a right is held as fundamental, it continues to remain conditional to an existing policy/statute where a claim can be made against it only when the state has not fulfilled its obligation under the statute/policy. Sometimes, courts may declare a right as fundamental even when the challenge was concerning a different right altogether.

In Olga Tellis, the court held the right to livelihood as a fundamental right although the challenge was concerning the rights of slum dwellers to encroach upon public land, which was denied by the court to be a right. However, because such rights can be read under one of the Articles concerning fundamental rights in Part III of the Constitution, they hold a significant expressive value in two ways:

First, the text of constitutional provisions possess an expressive value which the public does understand. For instance, during the anti-CAA protests, the protestors were reciting the preamble to the Constitution to express their dissent.

For example, when the right to shelter is declared as a fundamental right under Article 21, the public understands that relocation is something that is significant to the right to life because “no person shall be deprived of his life or personal liberty except according to procedure established by law”.

Also read: Delhi Slum Eviction: ‘COVID-19 Took Away Everything, Now Roof Being Taken Away Too’

But the expressive value of a fundamental right will extend the benefits of a policy/statute to the poor incrementally when, over the years, different stakeholders resolve to frame policies and laws to facilitate the right.

Hence it is imperative that courts grant remedies that are of systemic nature, including directions to the government to take proportionate measures beyond what the policy/statute mandates.

Talha Abdul Rahman is an Advocate-on-Record at the Supreme Court of India. Husain Aanis Khan is an advocate and Research Fellow at Vidhi Centre for Legal Policy, New Delhi.