A bench of Chief Justice D.N. Patel and Justice Prateek Jalan expressed surprised at the Centre's "obstinacy" in not addressing the "ambiguity" in the notification. 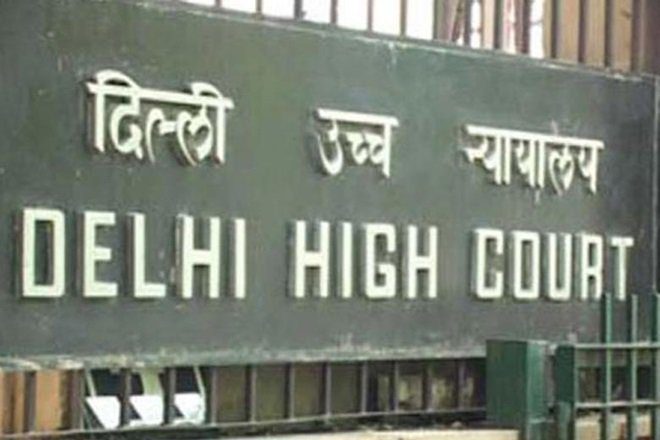 New Delhi: The Delhi high court on Tuesday extended the time for giving suggestions to the draft Environment Impact Assessment notification of 2020 until August 11, saying it was surprised at the Centre’s “obstinacy” in not addressing the “ambiguity” in it.

The draft EIA notification provides for a post-facto approval of projects and does away with public consultation in some cases.

A bench of Chief Justice D.N. Patel and Justice Prateek Jalan passed the order after the environment ministry did not address the court’s query regarding the “ambiguity” in its decision extending the time till June 30 for giving objections and suggestions to its draft of the EIA 2020.

Referring to the reply filed by the environment ministry, the bench said: “There is not a word (in the affidavit) on the ambiguity. Your reply is silent on the main point. We are, frankly, a little surprised at the obstinacy of the Central government. The government is being obdurate in this matter”.

The bench also observed that “absolutely no effort has been made to address the court’s query on ambiguity. Your reply is conspicuously silent about it. It amounts to not answering our query.”

The court further said that it was not pleased with “this attitude” of the government and added that process of public consultation was “not an obstacle”.

“It (consultation) has some importance, it has some sanctity,” the bench said.

It said it was partly allowing the petition, by environmental conservationist Vikrant Tongad, seeking an extension of the time, to respond to the draft EIA 2020, till the time the COVID-19 pandemic subsists.

The Wire had reported last week that environment minister Prakash Javadekar had personally intervened to overturn a proposal by his own officials to extend the deadline for public consultation until August 10.

The Wire‘s Dheeraj Mishra accessed file notings obtained through the Right to Information (RTI) Act, which showed that Javadekar had overruled the suggestion moved on file by the ministry’s joint secretary and endorsed by the environment secretary. The environment minister set June 30 as the final date for the submission of public feedback, without assigning any specific reason for his decision.

Environmental activists, experts and common people have opposed the draft notification as it has proposed several controversial amendments. They include exempting certain industries from public hearings, requiring industries to submit only one compliance report annually and giving longer clearances to mining projects in environmentally sensitive regions.

Arguments made by petitioner, government

Senior advocate Gopal Sankaranarayanan, appearing for environmental activist Vikrant Tongad, said it was “disturbing” that the government, as per its affidavit, has sent e-mails to over 78,000 project proponents informing them about the draft EIA and inviting their suggestions, but was not willing to publish it in vernacular languages so that everyone who would be affected by such projects can also give their view.

Sankaranarayanan, during the hearing, urged the court to issue directions to the ministry to publish the draft EIA 2020 in all vernacular languages so that majority of the people can understand it and also give suggestions or objections regarding it.

The court had earlier said there was ambiguity in the May 8 notification extending time for the public to respond to the draft EIA 2020, as it mentions a further period of 60 days and also that the window closes on June 30.

It had asked additional solicitor general (ASG) Maninder Acharya to seek instructions with regard to the ambiguity.

On Tuesday the ASG reiterated the stand taken on Monday—that the intent was to extend the period only till June 30.

The stand was not welcomed by the bench.

The ASG also said the draft EIA 2020 was published on April 11 and 60 days from then was to expire on June 11, but in view of the COVID-19 pandemic, it was decided to extend the period till June 30.

She also said that it has already been published in English and Hindi.

The petition had claimed the May 8 notification states that the period for inviting objections has been extended by another 60 days, but it is not clear as to when the initial period of 60 days commenced.

The draft EIA 2020, according to the petition, completely supersedes and replaces the existing environmental norms.

“This draft notification proposes significant changes to the existing regime, including removing public consultation entirely in certain instances, reducing the time for public consultation from 45 days to 40 days, and allowing post facto approvals for projects,” it said.