The vacation bench expresses its own inability to stay the implementation of the new rules and posted the plea before a regular bench. The petition was moved by The Wire, The Quint and AltNews, 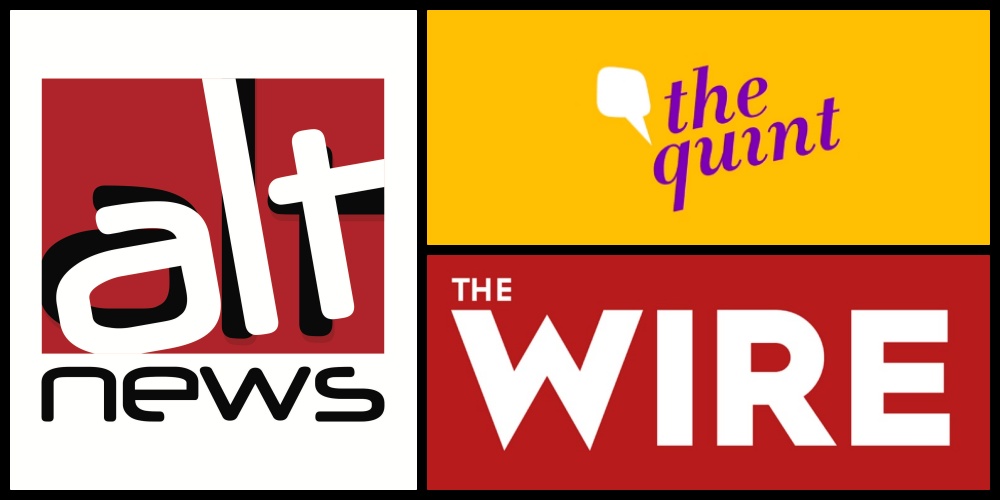 New Delhi: The Delhi high court vacation bench of Justices C. Hari Shankar and Subramonium Prasad today posted the plea of The Wire and The Quint seeking an interim stay on the enforcement of Information Technology (Intermediaries Guidelines & Digital Media Ethics Code) Rules, 2021 to the court’s regular bench for hearing on July 7.

The websites had sought an urgent stay, on the plea that the government was threatening coercive action for their non-compliance with Part III of the Rules – which seeks to establish a new regulatory regime for digital news media entities with the government in a controlling position. The rules directly subject the digital news media to discipline by the Union government, somewhich the petitioners contend is ultra vires the IT Act and the constitution.

The petitioners told the bench that there is a penalty for non-compliance under the Act, although the Rules themselves are wholly outside the scope of the Act, ironically. Senior counsel Nitya Ramakrishnan, who argued on behalf of the petitioners, told the bench that the penalties will kick in unless the court stays coercive action, as has been done by the Kerala high court recently. She said that neither the IT Act nor the constitution permits the Union government to sit in judgment over the contents published by the media. “Though the information they are seeking by way of compliance is already in the public domain and we have told them that, they are threatening us with coercive action,” she said. “How can the government sit in judgment over the content of news media? They are coercing us into a disciplinary regime of the government”.

On March 10, Justice P.V. Asha of the Kerala high court, acting on a petition filed by Livelaw, clearly restrained the Union government from taking any coercive action against the petitioners for non-compliance of the provisions in Part III of the Rules, as the petitioners “are the publishers of law reports and legal literature”.

In their written submission to the vacation bench of the Delhi high court,  the petitioners underlined the fact that the Union government has not challenged the Kerala high court’s order, and that the Union has filed a transfer petition stating that all these matters must be heard and decided by the Supreme Court.

The petitioners also told the vacation bench that the Union government has not yet filed a reply to either their petition challenging the rules or the application for stay, despite sufficient time having been sought and granted.  “The contentions as to the unconstitutionality and the ultra vires of the Rules have had no traverse and the Application/s may be allowed on that ground alone,” the petitioners claimed.

The petitioners, therefore, sought a stay on the notices dated June 18, 2021 received by them to comply with Rule 18. The notices, they pointed out, threatened them that “consequences” will follow, if there is non-compliance with the Rules.

“My original application is still pending. How can the government sit in judgment over the content of news media? The government is coercing us in a disciplinary regime of Central government. Four other high courts have thought it fit to issue notice,” Ramakrishnan, assisted by Prasanna S., submitted.

Justice Hari Shankar, however, told the petitioners that the matter came up before the division bench on two occasions earlier, and there was no interim order. The government is implementing the rules, on which there is no stay, he said. “The notice issued by them is by way of implementation of rules, because there is no stay; your only case is when notice is issued, the government should not go for coercive action. We don’t agree with that,” the bench told the petitioners.

The bench then offered to post the plea for stay on implementation of the Rules before a regular bench, and asked Ramakrishnan to take instructions from her clients. The bench then posted the matter for hearing before a regular bench on July 7 (after the vacation is over), and directed issue of notice in the third petition, filed by AltNews, which is similar to the other two pending challenges filed by The Wire and The Quint. The bench also issued notices for hearing of the main matter on August 4.

The vacation bench of the Delhi high court, while declining interim relief to the petitioners, was not inclined to consider the case law, cited in favour of such relief, when the vires of a legislation is challenged. In Health for Millions v Union of India (2014), the Supreme Court had held that if the statute is ex facie unconstitutional and the factors like balance of convenience, irreparable injury and public interest are in favour of passing an interim order, the court can grant interim relief.

The petitioners drew the bench’s attention to the Supreme Court’s decision in Jaishri Laxmanrao Patil v State of Maharashtra (2021), staying the Maharashtra government’s Act providing reservations for Marathas, on the ground that it is ex facie contrary to the law laid down by it. “In the instant case, the Rules under challenge are only subordinate legislation and presumption of unconstitutionality of legislation that attaches to an act of Parliament or state legislature does not attach to them,” the petitioners told the Delhi high court bench.

Also read: Why Is the Indian Government Afraid of Digital News?

Government control of media and expression has been anathema to the Indian polity since the dawn of independence, and the Supreme Court has reiterated this in catena of cases, the petitioners submitted. The impugned Rules are merely delegated legislation (which have also not been laid before parliament as required under the Act), in terms of which every grievance relatable to a loose ranging code of ethics is to be ultimately determined by a government body, they contended. “The government itself may initiate a complaint to be determined by its own officers.  In this context, an obligation has been imposed on the digital news media to report to the government at the beginning and thereafter every month,” they submitted. It is the insistence on this reporting that is under challenge in the present application, they clarified.

Aside from the assault on free speech, the impugned part of the Rules is totally beyond the remit of the parent Act, and manifestly ultra vires as recognised in V. Sudheer v Union of India (1999) and many others. The general rule-making power under Section 87(1) of the Information Technology Act, 2000 cannot extend to any purpose not mentioned in the parent Act, the petitioners added.

The petitioners also claim that they are distinct from intermediaries (a distinction made by the impugned Rules); therefore, any control, supervision and regulation of the digital news media cannot come under the purview of Sections 87(2)(z) and 87(2)(zg).

The petitioners claim that the information being sought on pain of coercive measures in the event of non-compliance is already in the public domain. However, in principle, it is the beginning of a process to subordinate the news media to a disciplinary regime of the Union government, they submitted. Its power to impose an apology, retraction and even modification or deletion and to sit in appeal over self-regulation is liable to be set aside and so every step in that direction is liable to be stayed, they explained.

In their letter to the Indian government on June 11, UN special rapporteurs on the promotion and protection of the right to freedom of opinion and expression Irene Khan, rights to freedom of peaceful assembly and of association Clement Nyaletsossi Voule, and right to privacy Joseph Cannataci expressed their concern that the new IT Rules do not appear to meet the requirements of international law and standards related to the rights of privacy and to freedom of opinion and expression, as protected by Articles 17 and 19 of the International Covenant on Civil and Political Rights, acceded by India on April 10, 1979. They had further said that the Rules put undue onus on companies to do proactive content monitoring that could lead to over-compliance and suppress legitimate expression.

Also read: How ‘Grievance Redressal’ Under the New IT Rules Amounts to Unlawful Harassment of Media

In response, the Permanent Mission of India to the United Nations Office and other international organisations in Geneva asserted: “The concerns alleging potential implications for freedom of expression that the new IT Rules will entail, are highly misplaced. India’s democratic credentials are well recognised. The right to freedom of speech and expression is guaranteed under the Indian Constitution. The independent judiciary and a robust media are part of India’s democratic structure.”

On the anniversary of India’s declaration of an internal Emergency on June 25-26 in 1975, many members of the government and the ruling party wrote articles in the mainstream media recalling how the then Union government led by Indira Gandhi and her coterie eclipsed the fundamental rights guaranteed by the Constitution during the Emergency. Ironically, the new IT Rules seek to place similar, if not identical, restrictions on the functioning of the free media.