The robbery accused, along with his wife, alleged that policemen barged into their house on December 8 and staged a dog fight. His wife and mother also claimed that the cops molested them. 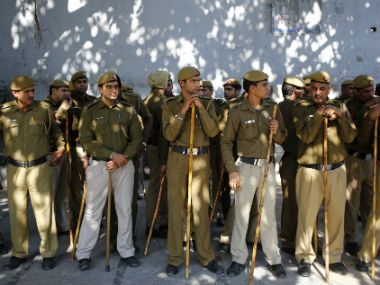 New Delhi:  A Delhi court has issued directions for registration of a first information report (FIR) against several police officials for alleged custodial torture of a man arrested in a robbery case, molestation of his family members, and staging of a dog fight in his house.

Earlier this month, a judge had ordered initiation of inquiry against the officials of Begum Pur police station after he found bruises and multiple abrasions on Prince Gill’s body and saw him trembling when he was produced before the court after his arrest.

Over a week later, the deputy commissioner of police, in a report, exonerated the officials and submitted that there were no excesses on their part and that Gill received injuries during a quarrel with his brother.

The accused’s counsel, however, called the vigilance inquiry an eyewash and said that Gill was subjected to brutal custodial violence.

Gill was apprehended by the police and cash worth Rs 92,000 was recovered from his residence along with the bike, helmet, and fake number plates used during the commission of the robbery.

The robbery accused, along with his wife Gurpreet Kaur Gill, alleged that a group of policemen barged into their house on the night of December 8 and staged a dog fight. During the dog fight, their pet was severely wounded and succumbed to injuries. His wife and mother also claimed that the personnel molested them.

Additional Chief Metropolitan Magistrate Babru Bhan allowed their plea for registration of FIR against the police officials, noting that their allegations were not completely baseless or bald and that there was some element of credibility in the same.

“If police resorts to violence to apprehend the accused and adopt custodial atrocities to gather evidence, it is accountable for the violation of fundamental rights as law nowhere permits custodial atrocities for purpose of collection of evidence during an investigation,” he said in an order dated December 22.

He further noted that the police officials kept changing their versions on the timing of the arrest of the accused. The arrest memo stated that he was arrested at 6:30 pm on December 9.

However, when one sub inspector was inquired about the timing, he, at first, said 3:30 am and then later changed it to 6:30 am. Another officer, an inspector, said that the time of arrest was 3:30 am and later said that he was apprehended at 11:00 pm on December 8.

“It is possible that the accused was apprehended at 11:00 pm on December 8 but was detained in the police station till the morning of December 9,” the judge said, adding that this amounts to the criminal offence of wrongful detention and manipulation of official records.

“It is apparent that neither the accused was arrested at the time nor in the manner alleged by the police,” the judge said, adding that the injuries are apparently the result of a “calculated assault after overpowering the accused”.

Furthermore, the judge turned down the police’s contentions that Gill received injuries during a scuffle with his brother and said that the bruises on his buttocks were serious and were possible only when someone is completely overpowered and blows with a blunt object are repeatedly given at the spot, which is not possible in a one-to-one fight.

“Accordingly, to find out the truth in the allegations of the complainant Gurpreet Kaur Gill and the accused, directions are issues to the DCP, Rohini district, Delhi to get an FIR registered against the SHO Inspector Arvind Kumar, SI Nimesh, ASI Neeraj Rana, Ct Sunny, Ct Arun and Ct Vineet and other erring officials,” he ordered.

The court directed the FIR to be registered under sections 323 (voluntarily causing hurt), (wrongful confinement), 506 (criminal intimidation), 509 (insult the modesty of any woman), 354 (assault to any women), 429 (Mischief by killing or maiming cattle), 166 A (Public servant disobeying law) of the IPC.

The judge said that since the FIR is directed to be registered against the SHO, the joint commissioner of police has to ensure that the investigation is conducted by such an officer that fairness can be ensured.