Ravi had been held for editing a 'toolkit' document which contained resources on how to gather attention for the farmers' protests on Delhi's borders. 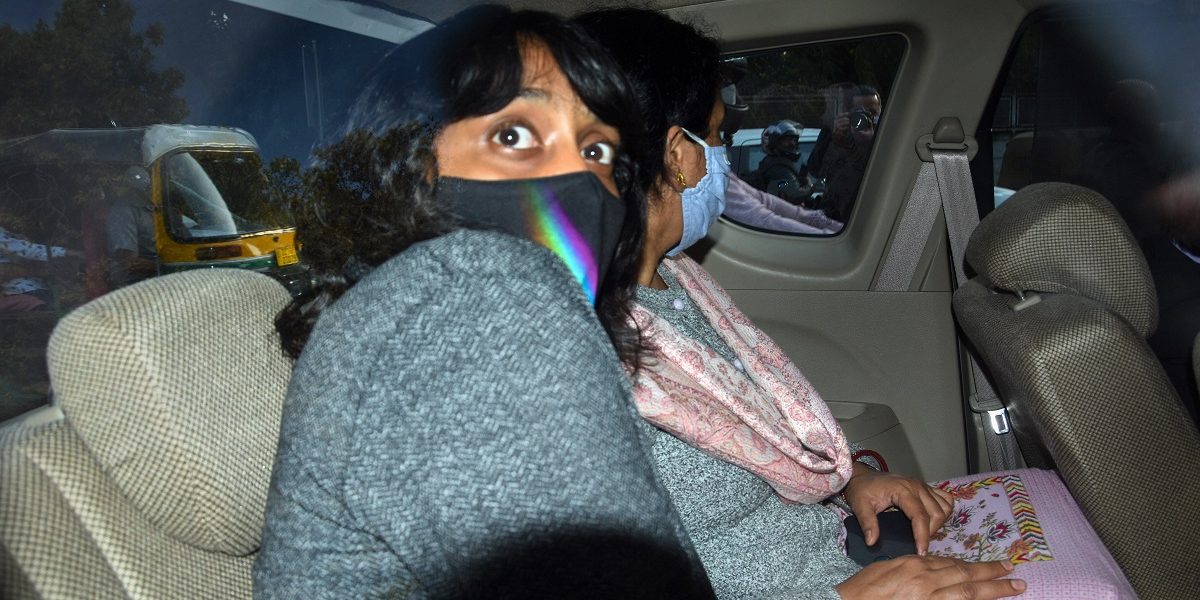 Ravi, 22, was arrested on February 15 for editing a ‘toolkit’ document which contained resources on how to gather attention for the farmers’ protests on Delhi’s borders.

Ravi was given bail on condition of furnishing two sureties of Rs 1 lakh each. Advocate Abhinav Sekhri, who represented Ravi requested the judge to consider making the amount Rs 50,000.

The court, however, refused.

LiveLaw has reported that in its order, the court said, “Considering the scanty and sketchy evidence available on record, I do not find any palpable reasons to breach the general rule of ‘Bail’ against a 22 years old young lady, with absolutely blemish free criminal antecedents and having firm roots in the society, and send her to jail.”

ASJ Rana made several observations in his bail order on the case.

Speaking on the basic charge that Ravi edited the ‘toolkit’, the judge said, “In my considered opinion creation of a WhatsApp group or being editor of an innocuous ‘toolkit’ is not an offence.”

“Further, since the link with the said toolkit or PJF has not been found to be objectionable, mere deletion of the WhatsApp chat to destroy the evidence linking her with the toolkit and PJF also becomes meaningless,” the judge held, adding that it is natural that Ravi wanted to stay away from unnecessary controversies.

Also noting that there is “nothing on record to suggest” that Ravi “subscribed to any secessionist idea” the court noted that there was no evidence that violent action took place in Indian embassies, in accordance with what Delhi Police had said Ravi and her ‘co-conspirators’ had planned.

Most importantly, in the case of the ‘toolkit’, the judge came down heavily on the police’s case:

“The perusal of the said ‘Toolkit’ reveals that any call for any kind of violence is conspicuously absent. In my considered opinion, Citizens are conscience keepers of government in any democratic Nation. They cannot be put behind the bars simply because they choose to disagree with the State policies.”

“The offence of sedition cannot be invoked to minister to the wounded vanity of the governments.”

Ravi was also produced before the Chief Metropolitan Magistrate at Patiala House by the Delhi Police at the end of her police custody, which expired today, according to Bar and Bench.

On Saturday, February 20, ASJ Rana’s court had reserved its order on the regular bail application filed by the activist.

Opposing Ravi’s bail plea, additional solicitor general S.V. Raju, appearing for the Delhi Police, had alleged, “This was not just a toolkit. The real plan was to defame India and create unrest here.”

Ravi had said in court, “If highlighting farmers’ protest globally is sedition, I am better [off] in jail.”

While the Delhi Police has been intent upon questioning Ravi with co-accused Shantanu Muluk and Nikita Jacob – both of whom had got transit anticipatory bail after having non-bailable arrest warrants issued in their names – in the ‘toolkit’ matter, the manner in which Ravi was arrested and initially not even given access to a lawyer has drawn severe criticism, both within the country and overseas.

Muluk and Jacob have now joined the probe and were questioned on Monday.

In the meantime, the Delhi high court had also asked media houses to exercise caution and not sensationalise matters while hearing a plea filed by Ravi seeking to bar Delhi Police from leaking details for her chats and investigation materials to the media.

Police have linked the presence of the ‘toolkit’, brought to the fore when climate activist Greta Thunberg shared it on Twitter, to the violence seen in Delhi during the tractor rally on January 26.

It is still unclear as to why Delhi Police considered editing an easily accessible document to garner support for one of India’s largest peaceful protests the result of conspiracy worthy of sedition.