Passing the order additional sessions judge Anil Antil said, "We are not a Taliban state. Rule of law is sacrosanct governing principle in our plural and multicultural society." 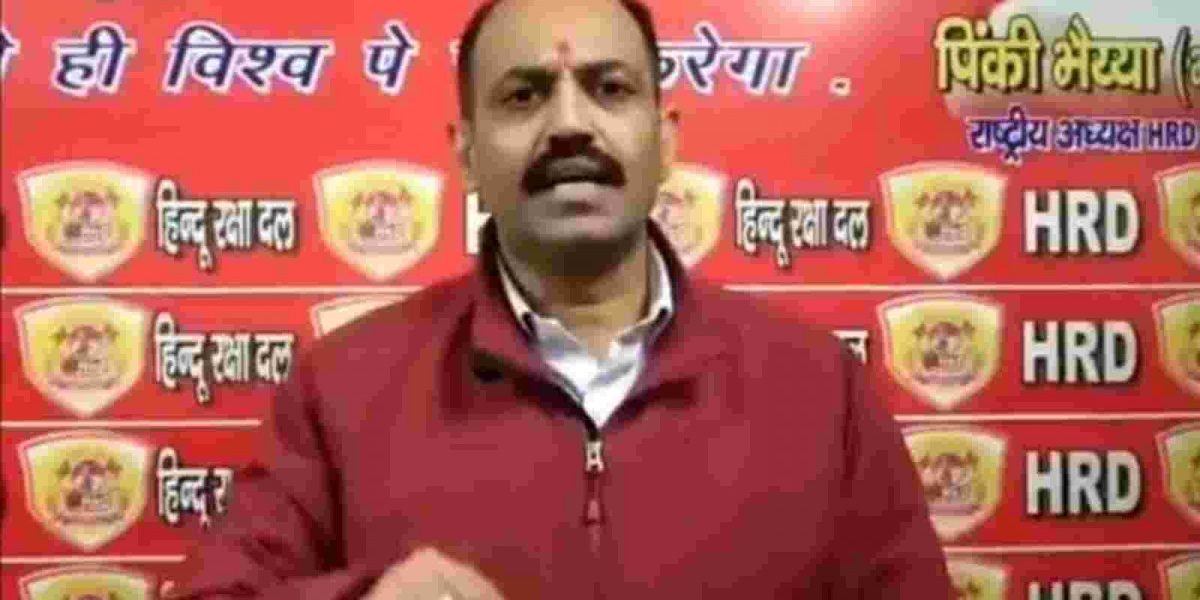 New Delhi: While denying anticipatory bail to Bhupender Tomar alias Pinky Chaudhary, president of Hindu Raksha Dal and the prime accused in the alleged inflammatory and anti-Muslim sloganeering at Jantar Mantar, a Delhi court said that rule of law is “sacrosanct” in a plural and multicultural society like India, LiveLaw has reported.

Passing the order, additional sessions judge Anil Antil said, “We are not a Taliban state. Rule of law is sacrosanct governing principle in our plural and multicultural society.”

The court held the “complicity of the applicant/accused in the alleged case crime is prima facie apparent from the material placed before the court”. It said, based on video clips, “the interview of the applicant is impregnated with high octane communal barbs laced with inflammatory, insulting and threatening gestures, ex-facie is indicative of the calculative design on the part of the applicant to promote hatred and ill will amongst other sections of the community”.

Denying bail, the court further said, it cannot release the accused because it fears he may hamper the investigation and influence or threaten the witnesses. The court had earlier reserved its orders on anticipatory bail plea moved by Pinky Chaudhary, before denying it. He was also given interim protection from arrest until August 21.

Calling that the accusations are “serious in nature”, the court said it cannot buy the logic that the freedom of speech enshrined in Article 19 (1) can be used to transgress upon fundamental rights of others, which effectively affect peace, harmony and public order.

“In the garb of libertarian concept of free speech, the applicant/accused cannot be allowed to trample the Constitutional principles, which promote inclusiveness and common brotherhood,” the court observed.

In the same case, another Delhi court rejected the bail pleas of Preet Singh, Deepak Singh Hindu and Vinod Sharma, stating that while everybody enjoys the right to express themselves, however, it cannot disturb religious harmony in society.

It may also be recalled that, however, Ashwini Upadhyay, BJP leader and Supreme Court lawyer, in the same case has already been granted bail after he was arrested and was remanded to two days in judicial custody.