'Right of reputation can't be protected at the cost of right to dignity,' the court held. 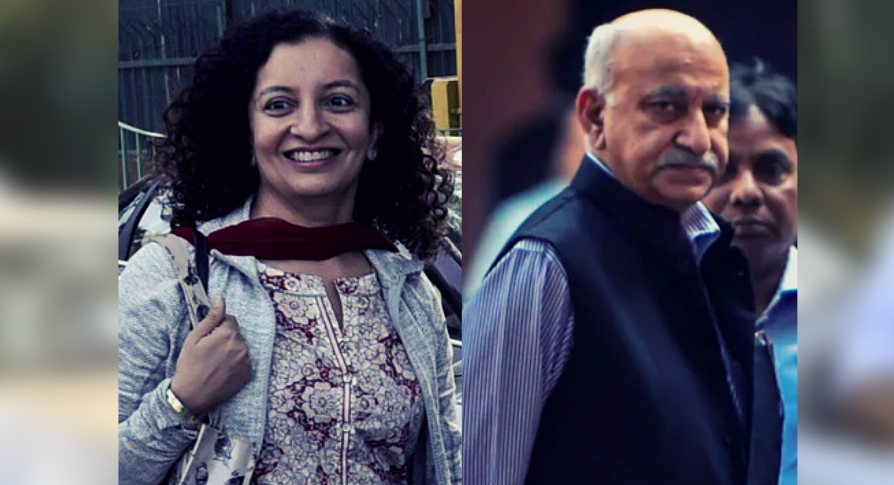 New Delhi: Delhi’s Rouse Avenue Court on Wednesday, February 17, found journalist Priya Ramani not guilty of criminal defamation in a case filed by former Union minister M.J. Akbar, noting that the “right of reputation can’t be protected at the cost of right to dignity.”

The judgment is a crucial one and comes in the aftermath of one of India’s most high profile #MeToo cases, which saw several women come forwards with allegations of harassment against the former editor.

In photo: Priya Ramani comes out of the courtroom smiling after the verdict. “This is a big moment for the #MeToo movement,” she says. @thewire_in. pic.twitter.com/LV5mCXD0bW

The court recognised that even a man of social status can be a sexual harasser and that there was no case against Ramani.

Both Priya Ramani and M.J. Akbar were present at the court. Speaking to reporters after the verdict, Ramani said, “I feel vindicated on behalf of all the women who have ever spoken out against sexual harassment. Sexual harassment has got the attention it deserves.”

“Woman has right to put her grievance even after decades,” it said, noting that it is “shameful that such crimes against women are taking place in this country where the Mahabharata has taken place.”

The court also referred to incidents from Ramayana where the mythical bird Jatayu came and “protected Sita” and when Laxman, when asked to describe Sita, mentioned that he had never looked beyond her feet, to establish that reverence to women is essential in Indian ethos. The full judgment, uploaded by LiveLaw, can be found here.

Also read: Priya Ramani Vs M.J. Akbar: Ahead of Verdict, a Recap of the #MeToo Case That Shook India

The court took into consideration the lack of Visakha guidelines at the time when the sexual harassment incident that Ramani spoke of took place and the prevalence of systematic abuse of power at the workplace.

“The social stigma attached with the allegations…society must understand the impact of sexual abuse and harassment on its victims,” the court said.

According to LiveLaw, the court also accepted Ramani’s contention that “Akbar’s claim of a stellar reputation was demolished by Ghazala Wahab’s testimony, who was also allegedly sexually abused by Akbar.”

In a detailed account on The Wire, Wahab, who is now the executive editor of FORCE magazine had essayed how Akbar had ritually harassed her, sexually, physically and mentally, while she was a young employee at the Asian Age newspaper that he headed. Wahab has testified for Ramani in this case.

“Today was one of those sobering moments which validates the struggle of all women, across all strata of society, whether they work at home or outside. It is a moment when we need to reflect on the long distance that we have covered and gird ourselves up for the road ahead. Calling it a victory suggests culmination of a process. It is akin to calling #MeToo a movement. That is why in the last two years people were quick to declare end of the movement or its fizzling out,” Wahab told The Wire over email

“Demanding and expecting safe workplace is not a movement. It’s a consciousness about rights, which will only grow. I am happy that a growing tribe of men is also part of this consciousness. As these numbers swell, the highs and lows of the movement will cease to matter. And women will start to take safe work environment as a fundamental right,” she added.

The court held that while the content of a tweet Ramani posted before Akbar’s resignation was untrue and thus defamatory, the fact that Ramani had said the tweet was an “honest mistake” was an apology accepted by the court.

Within minutes of the court assembling at 2 pm, the judge asked people to wait outside for 30 minutes as there were corrections to be made in the verdict. On February 10, 2021, the court of additional chief metropolitan magistrate Ravindra Kumar Pandey had adjourned the matter citing that written submissions were submitted late.

On February 10 and today, several prominent women across professions had extended support to Ramani on Twitter.

Whether or not Priya Ramani and Rebecca John succeed against MJ Akbar’s claim that he didn’t sexually harass multiple women, they have fought a courageous, excellent case. More power to such feminist, justice oriented litigants and lawyering. #istandwithpriyaramani

In so many ways, you have already won, #PriyaRamani. Now just for the court to give their verdict. #MJAkbar vs #PriyaRamani #IStandWithPriyaRamani

In Solidarity with #PriyaRamani and the women who found the courage to speak up.#IStandWithPriyaRamani

The process itself has been a learning for us all….Priya Ramani’s courage is inspiring. https://t.co/PEJ2WVRZsm

On October 17, 2017, Ramani, without mentioning Akbar’s name, wrote a letter to a “male boss” in Vogue magazine. “Turns out you were as talented a predator as you were a writer,” she wrote in it.

A year later, Ramani revealed in a tweet that the predator was Akbar. Once Akbar was named, he was compelled to step down from his Union minister’s position, however, he soon filed a criminal defamation case against Ramani.

Akbar was represented by Geeta Luthra and Ramani by Rebecca John, both senior advocates, in a two-year case which saw passionate arguments.

In October 2020, the special court hearing the matter refused to hear it further, saying as per the Supreme Court’s directions, it will hear only cases related to MPs and MLAs. The principal district and sessions judge, however, had allotted the case to the same judge afterwards.