Indian criminal justice system is plagued with an antiquated and untrained structure, and reinforced with laws that are over two-centuries old. A protest against the death penalty. Photo: Reuters 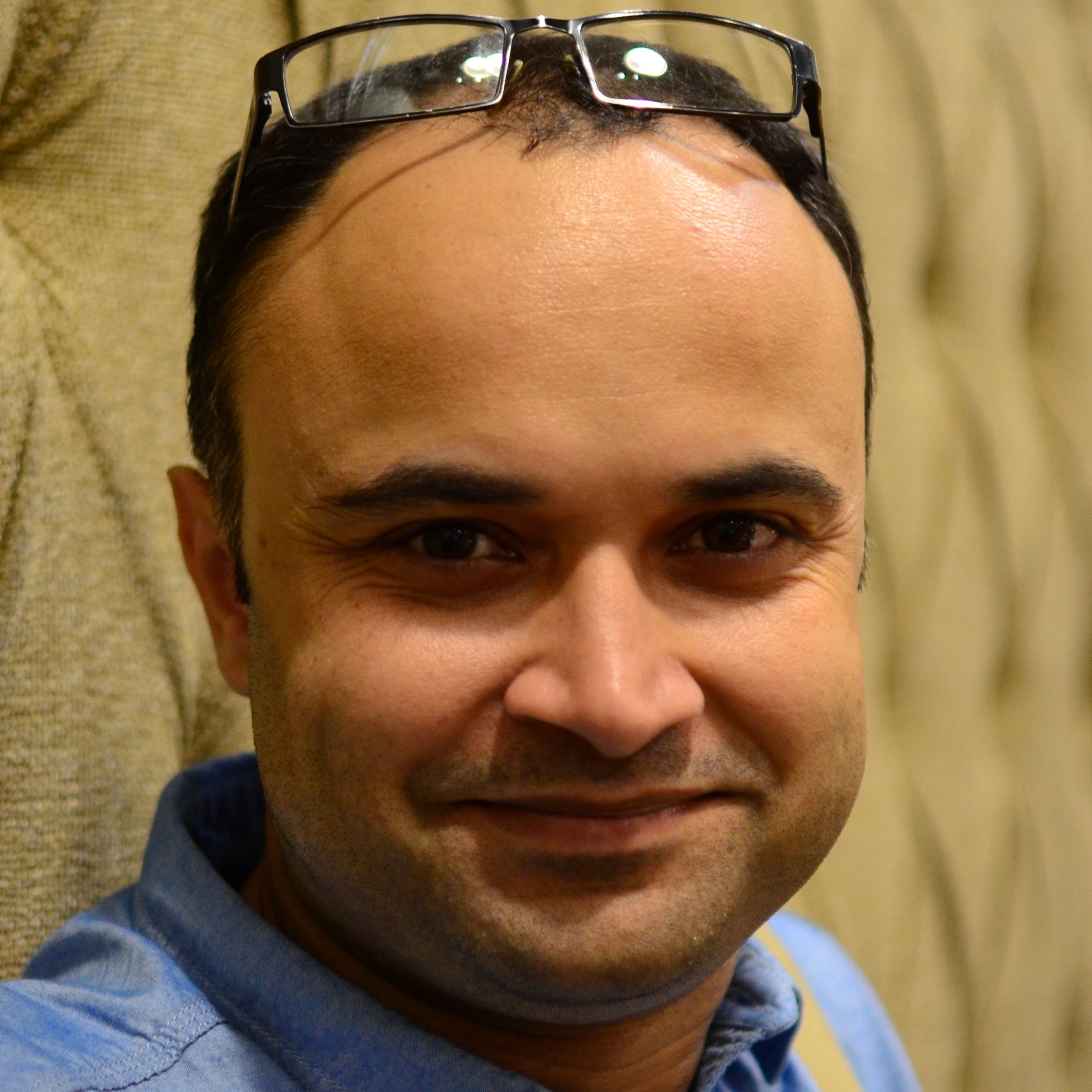 The Central government recently announced the promulgation of an ordinance on sexual assaults to act as a temporary fix until laws can be amended. The ordinance prescribes the death penalty for those guilty of raping children under the age of 12. It has further asked for fast-tracking sexual assault investigations – to be completed within two months, the trial within two months thereafter and any appeals disposed of six months thereafter.

This is incredibly ambitious, at best, or foolishly naïve, at worst.

Sexual assault is a horrific experience for the victim. Society may choose to categorise some as worse than others and attach a death sentence to them accordingly, but we cannot compare experiences. It is for the authorities to diligently, impartially and scientifically investigate the crime. How any of these criteria is met in India is a mystery.

IPS officers cannot investigate crimes, investigating officers (IO) are from the state cadres (on average, an IO has 450 cases at any given time) and none – I repeat, none – are formally or systematically trained to be specialist investigators in any type of crime.

IPS officers receive disjointed training, including being sent abroad for courses, but none are trained in specific crimes. As a result, there are no specialist departments. Not for terrorism, not for robbery, not for rape. Numerous attempts at completely overhauling our policing apparatus and rewriting the colonial-era CrPC and IPC have failed. Police impartiality, as cold as it may seem, is key to any investigation.

The impartiality must be holistic – to the victim, their own command structures and political interference. Cressida Dick, commissioner of the Metropolitan Police Service (Scotland Yard) in London, recently reminded their sexual offences investigators to maintain professionalism and impartiality after a number of high-profile prosecutions failed when the prosecution’s case was shredded in court by the defence, which found loopholes in the victims’ statements and evidence – what we know in India as a ‘false case’.

National Criminal Records Bureau data from 2015 show that 95% of perpetrators in rape cases are known to their victims; if the yoke of death penalty was hung around a member of the victim’s family, would India’s notoriously conservative society support a victim, with death looming on the horizon for one of their own?

Running parallel to the police investigation should be the forensic investigation – which, quite often, can throw up evidence that is both irrefutable and contrary to statements collected by the police. No prosecution can stand a chance of being successful if both sets of evidence don’t line up. Once again, our police authorities fall far below international standards – almost all police departments completely lack forensic evidence collection officers and processing facilities. The Human DNA Profiling Bill, passed by the UPA-II, has stalled and failed. In 2014, Delhi police allowed 1,500 DNA samples to expire – leading to prosecutorial failures.

The next step in the process is launching a prosecution. In an ideal scenario, a highly-trained specialist prosecutor will work alongside an investigation team, ensuring high standards, adherence to the law and sufficient evidence collection to seek a conviction. Prosecutors need to know how to translate the straightforward criminal laws into a courtroom environment which goes by previous rulings, precedents and open to being demolished by the defence, let alone numerous avenues of appeal, each of which can hinge on a technicality.

Our public prosecutors remain beyond the purview of even the public – they do not answer to anybody. If, for example, they answered to the local district magistrate (IAS) or superintendent of police (IPS), some degree of partnership may exist, ensuring a close working relationship – leading to stronger and more successful prosecutions. Here, however, senior lawyers are randomly appointed and work at their own discretion, with the bill being picked up by the public.

Juxtaposed with the US system, where prosecutors are elected by the public and therefore easily accountable and just as easily disposed of – or legendary success stories, such as ‘Mob buster’ Rudy Giuliani, who became the mayor of New York and then a presidential candidate – ours seems Neolithic. Not surprisingly, the prosecution rate is abysmal. In 2014 alone, of 11,000 FIRs filed in New Delhi, 127 resulted in successful convictions; this excludes another 4,000 FIRs filed on their app, of which three were turned into formal FIRs, none of these went to court.

Public accountability forces transparency, which then provides higher standards. The aforementioned Metropolitan Police Service (MPS) of London has a governing body – The Metropolitan Police Authority (MPA), made up of members of the community, government and opposition politicians and barristers, as well as employing professional staff who are qualified and experienced in operation policing, human resources, finance and so forth who act as policy auditors.

The head of every department, whether he/she is a police officer or civilian, is subject to frequent committee interrogations, broadcast live on the MPA website, with opposition politicians usually taking every opportunity to chastise them for lapses. This type of public identification of those to be credited for good work or blamed for bad work has led to the MPS being recognised as one of the world’s foremost policing bodies, with ‘Scotland Yard’ being a brand label attached to policing excellence.

The final element in the chain is conviction. A lengthy jail sentence is beneficial to all. Once again, in nations that have specialist courses, degrees and higher awards in criminal science and criminal psychology, jailed criminals are a vast resource bank to be studied carefully. The knowledge extracted is used to reduce the occurrence of serious crimes by developing early warning markers and to fine-tune the investigation of future crimes, providing the knowledge bank required to train specialist police and prosecutors, thus completing the cycle.

An apt example here would be the Violent Criminal Apprehension Program (VICAP) software tool developed and used by the Federal Bureau of Investigation (FBI), which is a database of minute details pertaining to all forms of violent crimes, allowing investigators to input details of crimes and criminals and either establish patterns and/or provide a rough profile of the type of criminal. This is further refined by the FBI’s Behavioural Analysis Unit, which uses data from live investigations, coupled with lessons from VICAP, to provide a clearer profile of the perpetrator.

Capital punishment advocates are mostly clustered around two arguments – one, seeking punishment and the other, believing it will be a deterrent. While the former may ring true if based on emotion, whereas reason would dictate, the more heinous the crime, the greater the urgency to study the criminal; the argument for deterrence is a weak one.

Study after study has shown almost no impact on criminals who knew their crime, if they were caught, would lead to death. As criminal science has evolved, more people are steering away from capital punishment, firstly knowing it is being seen as inhumane to begin with, but also knowing the study value of such criminals to better fight crime in the future.

The Indian criminal justice system is plagued with an antiquated and untrained structure, reinforced with laws that are over two-centuries old, a judicial system that is woefully under-staffed, jails full of ‘under trials’ who have been behind bars for decades without ever having seen a court, low-level police who are susceptible to bribes and thus ‘false cases’, political directors who use the IPS and IAS as pawns and the ever-present cloud of corruption.

In such an atmosphere, the question is this – would you trust this system with a human life?

Anthony Khatchaturian works as a historian and opinion writer, and has spent ten years with the Metropolitan Police Service (Scotland Yard), London. He is based in London and Kolkata.