Two more migrant workers died in trains while on the way to their homes in Bihar. 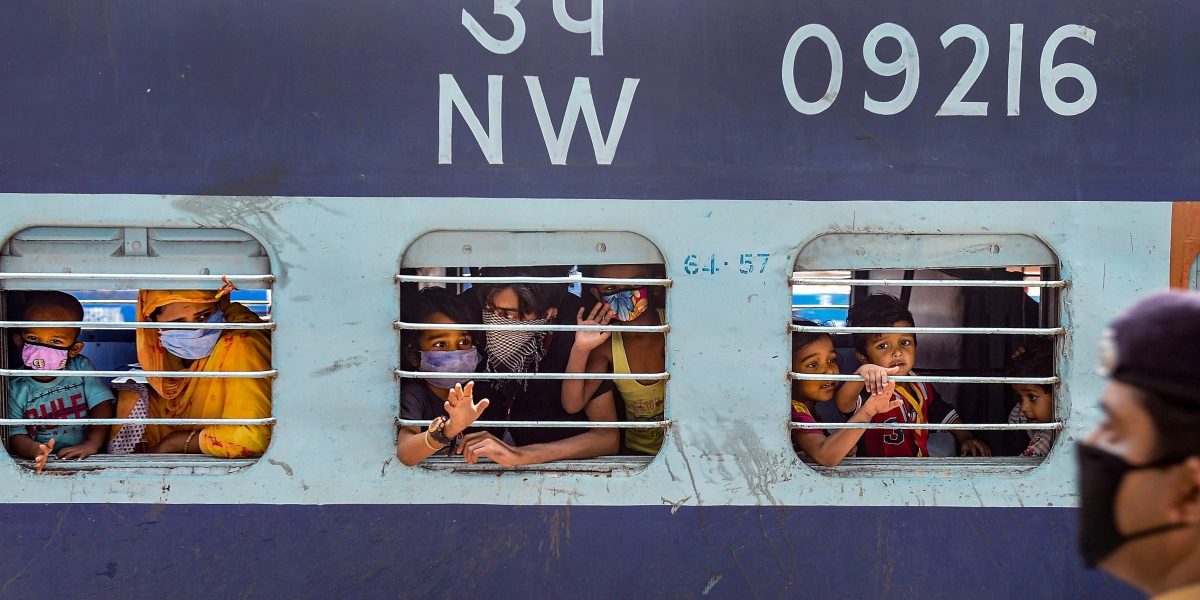 Patna: The Patna high court on Thursday took suo motu cognisance of the death of a woman on board a train carrying migrants from Gujarat to Bihar, after a video clip of her little son fiddling with the shroud placed on her body while it lay at a railway station went viral and provoked outrage.

A division bench headed by Chief Justice Sanjay Karol and Justice Sanjay Kumar took up the matter soon after the latter brought to the notice of the court a newspaper report about the incident that took place on Monday last but came to light two days later.

The court directed additional advocate general S.D. Yadav to return with details in the post-lunch session.

In the afternoon, Yadav submitted that the deceased was “mentally unstable” and had died a natural death “during the course of her journey from Surat which was a fact” reported by her companions – her sister and brother-in-law.

Yadav also informed the court that no post-mortem was conducted nor was any FIR registered and the body was allowed to be taken home after recording the statements of the family members by railway authorities at Muzaffarpur station.

The district administration facilitated their onward travel by arranging for an ambulance up to their destination.

The additional advocate general also said that the woman, hailing from Katihar, had been living with her sister and brother-in-law after being deserted by her husband and that the orphaned child is in safe custody in the guardianship of the sister of the deceased.

Yadav added he will, nonetheless, personally pursue the matter with the authorities (concerned) who would again reach out to the family, enquiring about any need of assistance.

The court took note of Yadav’s contention that the advocate general had spoken to the states standing counsel in the Supreme Court and the solicitor general of India for ascertaining information of overlapping of issues though the same had not been received by the time of hearing.

The court posted the matter for further hearing on June 3, noting that in view of the submissions made, it would prudently refrain from issuing any further directions, more so when the child is in safe custody.

“However, let what is so stated by Shri Yadav, as also complete facts be known to the court, on the personal affidavit of the concerned principal secretaries, before the next date,” the bench said.

Bihar has received close to 20 lakh migrants since the special trains began running and there have been quite a few incidents of people dying on way to their homes.

Two such deaths were reported on Thursday in Bihar’s Khagaria district.

A woman died on a Katihar-bound train from Gujarat, while a man travelling by another Shramik Special from Rewari in Haryana also breathed his last aboard.

On Monday, Muzaffarpur railway station was witness to another death. Besides the woman, a boy aged about five years died in his mother’s lap while his father made a desperate hunt for some milk to feed the hungry child upon alighting from the train they had boarded from Delhi.

Meanwhile, leader of the opposition in the state assembly Tejashwi Yadav interacted with the woman’s bereaved parents via video conferencing, offered his condolences and got an amount of Rs 5 lakh handed over to them by the Katihar district unit chief of his Rashtriya Janata Dal.

He also expressed dismay at complaints of lack of facilities like food and water on ‘Shramik Special’ trains and mismanagement in their running, often causing inordinate delay in their arrival.