Criminal Defamation and the Supreme Court’s Loss of Reputation 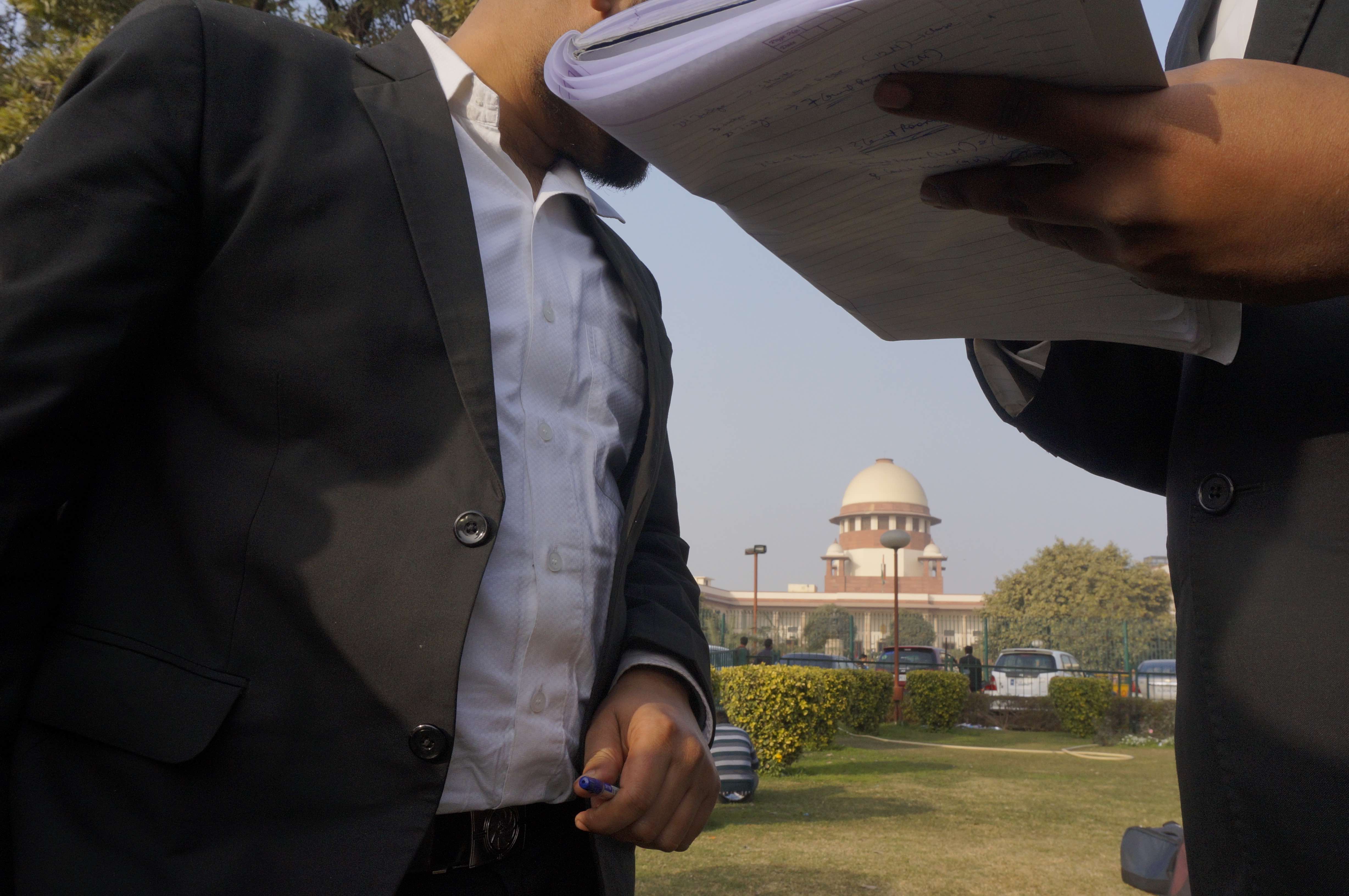 The Supreme Court’s refusal, in Subramanian Swamy v. Union of India, to strike down the anachronistic colonial offence of criminal defamation is wrong. Criminalising defamation serves no legitimate public purpose; the vehicle of criminalisation – sections 499 and 500 of the Indian Penal Code, 1860 (IPC) – is unconstitutional; and the court’s reasoning is woolly at best.

Two kinds of defamation actions have emerged to capture popular attention. First, political interests have adopted defamation law to settle scores and engage in performative posturing for their constituents. And, second, powerful entities such as large corporations have exploited weaknesses in defamation law to threaten, harass, and intimidate journalists and critics.

The former phenomenon is not new. Colonial India saw an explosion of litigation as traditional legal structures were swept away and native disputes successfully migrated to the colonial courts. These included politically-motivated defamation actions that had little to do with protecting reputations. In fact, defamation litigation has long become an extension of politics, in many cases a new front for political manoeuvring.

The latter type of defamation action is far more sinister. Powerful elites, both individuals and corporations, have cynically misused the law of defamation to silence criticism and chill the free press. By filing excessive and often unfounded complaints that are dispersed across the country, which threaten journalists with imprisonment, powerful elites frighten journalists into submission and vindictively hound those who refuse to back down. Such actions are called Strategic Lawsuits against Public Participation (SLAPPs) which Rajeev Dhavan warns have created a new system of censorship.

Defamation originates from the concept of scandalum magnatum – the slander of great men – which protected the reputations of aristocrats. The crime was linked to sedition, so insulting a lord was akin to treason. In today’s neo-feudal India, political leaders are contemporary aristocrats. Investigating them can invite devastating consequences, even death. Most of the time, they retaliate through defamation law. Since the criminal justice system is most compromised at its base, where the police and magistrates directly interact with people, the misuse of criminal defamation law hurts ordinary citizens.

This is different from politicians prosecuting each other since they rarely, if ever, suffer punishment. Of all the petitions before the Supreme Court concerning the decriminalisation of defamation, the three that received the most news coverage were those of Subramanian Swamy, Rahul Gandhi, and Arvind Kejriwal. They are all politicians, their petitions were made in response to defamation complaints filed by rival politicians. On the other hand, there are numerous cases which politicians have filed against private members of civil society to silence them. When presented with these concerns, the Supreme Court simply failed to seriously engage with them.

The architecture of defamation

Defamation has many species, a convoluted history, and complex defences. Defamation can be committed by the spoken word, which is slander, or the written word, which is libel. The historical distinction between these two modes of defamation is based on the permanence of written words. Before the invention of the printing press, the law was chiefly concerned with slander. But as written ideas proliferated through mass publication technologies, libel came to be viewed as more malevolent and the law visited serious punishments on writers and publishers.

Such a distinction presumes a literate readership. In largely illiterate societies, the spoken word was more potent. This is why films and radio have long attracted censorship and state control in India. Before mass publishing forked defamation into libel and slander, there existed only the historical crime of libel. Historical libel had four species: seditious libel, blasphemous libel, obscene libel, and defamatory libel.

Of the many errors that litter the Supreme Court’s May 13, 2016 judgment in the Subramanian Swamy case, perhaps the most egregious is the failure to recognise the harm that criminal defamation poses to a healthy civil society in a free democracy. At the crux of this mistake is the Supreme Court’s failure to distinguish between private injury and social harm. Two people may, in their private capacities, litigate a civil suit to recover damages if one feels the other has injured her reputation. This private action of defamation was not in issue before the court.

On the other hand, by criminalising defamation, why should the state protect the reputations of individuals while expending public resources to do so? This goes to the concept of crime. When an action is serious enough to harm society it is criminalised. Rape strikes at the root of public safety, human dignity, equality, and peace, so it is a crime. A breach of contract only injures the party who was expecting the performance of contractual duties; it does not harm society, so it is not a crime. Similarly, a loss of reputation, which is by itself difficult to quantify, does no harm to society and so it should not be a crime.

Truth and the public good

It may be argued, and the Supreme Court hints, that at its fundament, society is premised on the need for truth; so lies should be penalised. This is where defamation law wanders into moral policing. In Indian and European philosophies, truth is consecrated as a moral good. The Supreme Court quotes from the Bhagavad Gita on the virtue of truth. But while quotes like these are undoubtedly meaningful, they have no utility in a constitutional challenge. In reality, society is composed of truth, lies, untruths, half-truths, rumour, satire, and a lot more. In fact, the more shades of opinion there are, the livelier that society is. So lies should not invite criminal liability.

If we concede the moral debate and arrive at a consensus that the law must privilege truth over lies, then truth alone should be a complete defence to defamation. If the law criminalises untruth, then it must sanctify truth. That means when tried for the crime of defamation, a journalist must be acquitted if her writing is true. But the law and the Supreme Court require more. In addition to proving the truth, the journalist must prove that her writing serves the public good. So speaking truth is illegal if it does not serve the public good.

In fact, truth has only recently been recognised as a defence to defamation, albeit not a complete defence. This belies the social foundations of criminal defamation law. The purpose of the offence is not to uphold truth, it is to protect the reputations of the powerful. But what is reputation? The Supreme Court spends 25 pages trying to answer this question with no success. Instead, the court declares that reputation is protected by the right to life guaranteed by Article 21 of the Indian Constitution but it offers no sound reasoning to support this claim. The court also fails to explain why the private civil action of defamation is insufficient to protect reputation.

There are two core constitutional questions posed by the Subramanian Swamy case. They are:

Article 19(2) contains nine grounds in the interests of which a law may reasonably restrict the right to free speech. Defamation is one of the nine grounds, but the provision is silent as to which type of defamation, civil or criminal, it considers. However, B.R. Ambedkar’s comments in the Constituent Assembly arguably indicate that criminal defamation was intended to be a ground to restrict free speech.

The answer to the second question lies in measuring the reasonableness of the restriction criminal defamation places on free speech. If the restriction is proportionate to the social harm caused by defamation, then it is reasonable. However, restating an earlier point, criminalising defamation serves no legitimate public purpose because society is unconcerned with the reputations of a few individuals. Even if society is concerned with private reputations, the private civil action of defamation is more than sufficient to protect private interests. Further, the danger that current criminal defamation law poses to India’s free speech environment is considerable. Dhavan says: “Defamation cases [are] a weapon by which the rich and powerful silence their critics and censor a democracy.”

The Subramanian Swamy case highlights several worrying trends in India’s constitutional jurisprudence. The judgment is delivered by one judge speaking for a bench of two. Such critically significant constitutional challenges cannot be left to the whims of two unelected and unaccountable men. Moreover, from its position as the guarantor of individual freedoms, the Supreme Court appears to be in retreat. This will have far-reaching and negative consequences for India’s citizenry. If the court fails to enhance individual freedoms, what is its constitutional role? The judiciary would do well to stay away from policy mundanities and focus on promoting India’s democratic project, lest it injure its own reputation.

Bhairav Acharya is a lawyer who is interested in free speech. He tweets at @notacoda. His writings are archived at his personal website www.notacoda.net.