'Nizamuddin Markaz Can't Have Devotee Cap If No Other Religious Place Does': Delhi HC

Justice Mukta Gupta has allowed the mosque to remain open for prayers, rejecting the Centre and Delhi Police's submission that a cap be enforced. 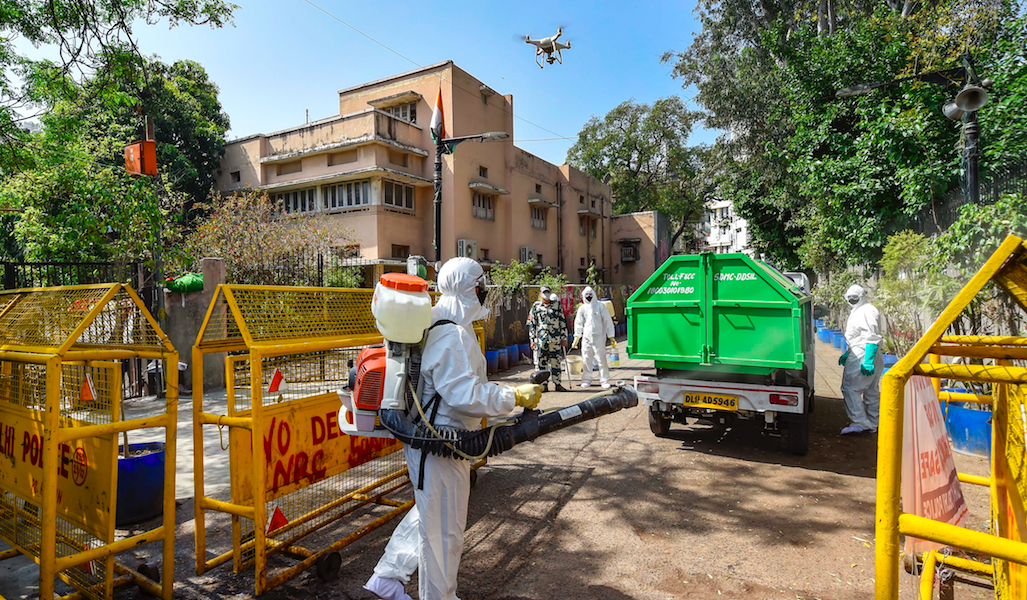 New Delhi: The Delhi high court has observed that there cannot be a limit on the number of devotees allowed inside the Nizamuddin Markaz if no other religious place has a similar restriction in light of the COVID-19 surge, Indian Express has reported.

Justice Mukta Gupta has allowed the mosque to remain open for prayers, rejecting the Centre and Delhi Police’s submission that a cap be enforced. The order comes on a day when news of thousands of devotees crowding the Kumbh Mela in Uttarakhand has raised questions on negligence, even as India is faced with a significant surge in COVID-19 numbers.

In reply to the Centre and Delhi Police’s request that only 20 devotees be allowed at a time out of a “police-verified list of 200 persons,” Justice Gupta said that the mosque does not need to have a fixed number of devotees when no other place of religious worship does.

The Delhi Waqf Board had told the court that it would be difficult to draw up such a list and instead promised to follow all protocol.

“A 200-people list is not acceptable, that cannot be,” the court said, according to Express. Justice Gupta suggested that a list of people in charge of managing the mosque can be handed to the local station house officer.

Also read: Uttarakhand CM Just Doesn’t Get It When He Says We Shouldn’t Compare Kumbh to Markaz

“By virtue of these notifications, which have been issued recently, for religious places, have you curtailed the gathering to 20 at a time? What is the maximum number which you have given for each of the religious places,” the court also asked the Centre’s counsel Rajat Nair, to which the latter said that there was no limit.

The court reportedly ordered the local SHO to oversee the inspection of the mosque so as to determine the number of people who can offer prayers in accordance with social distancing rules and Delhi Disaster Management Authority (DDMA) guidelines.

The court also asked authorities to designate where prayer mats can be placed and listed the matter to be heard on Tuesday, April 13.

The Markaz was at the centre of pitched criticism in March 2020, after members who had attended the Tablighi Jamaat event tested positive for COVID-19. Hundreds, including attendees from Indonesia, Bangladesh and Malaysia, were taken into quarantine for months. In many states, they were sent straight to jail. Some are still awaiting trial, The Wire had recently reported.

Watch | Tablighi Jamaat: A Year on, Some Attendees Still Await Trial, Others Struggle to Return Home

Since March 2020, the building has been under lock and key. The Markaz building was opened for Shab-e-Barat prayers in late March 2021, with a cap on 50 people.

When Nair brought up the matter of the Nizamuddin Markaz being “case property”, Justice Gupta observed that nobody was going to remove the building and police was free to conduct investigations.

Express has reported that the Delhi Waqf Board had earlier approached the court saying that the Masjid Bangley Wali, Madarsa Kashif-ul-uloom and the attached hostel situated at Basti Hazrat Nizamuddin have been locked for a year as well, and as a result not only has the public been stopped from entering the premises to access the mosque, but students too have not been allowed to continue with their studies and the clerics’ hostel too has remained empty.

“It has also been mentioned in the petition that police have put locks on the entire premises ostensibly in connection with an FIR registered by the police on March 31 last year on the premise that Maulana Mohd Saad and Markaz management allegedly deliberately and negligently violated the government directions and guidelines, but no formal seal has been put on the premises,” the report noted.