In addition, 85 nationals from Kyrgyzstan were granted bail by a Delhi high court. 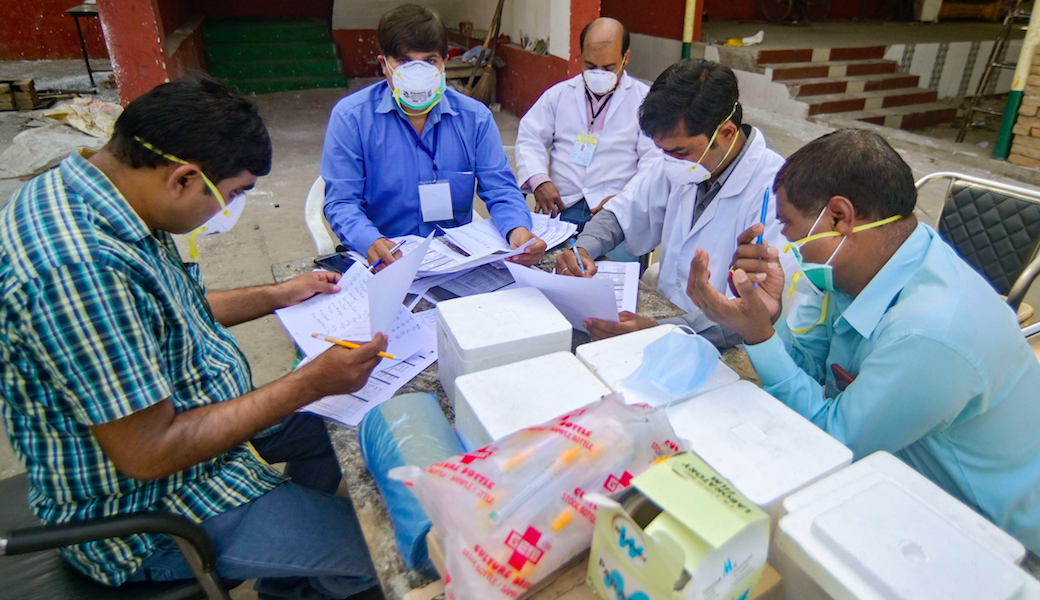 New Delhi: A Delhi court on Monday allowed foreign nationals from 14 countries to be released after the payment of fines after they accepted mild charges under the plea bargain process related to various violations including visa norms while attending Tablighi Jamaat congregation.

Foreigners from five countries, however, claimed trial before the court, said the lawyer.

They were allowed to walk free after the sub-divisional magistrate of Lajpat Nagar, who was the complainant in the case, additional commissioner of police of Lajpat Nagar and the inspector of Nizamuddin said they have no objection to their plea.

However, two Sudanese nationals, foreigners from Jordan, US, Russia, Kazakhstan and one Overseas Citizen of India from UK did not plead guilty to milder charges and claimed trial, said advocates Ashima Mandla, Mandakini Singh, Fahim Khan and Ahhmed Khan, representing them.

Under plea bargaining, the accused plead guilty to the offence praying for a lesser punishment.

The Criminal Procedure of Code allows plea bargaining for cases where the maximum punishment is imprisonment for seven years, where offences don’t affect the socio-economic conditions of the society and when the offences are not committed against a woman or a child below 14 years.

They were chargesheeted for attending the religious congregation at Nizamuddin Markaz event in the national capital by allegedly violating visa conditions, indulging in missionary activities illegally and violating government guidelines issued in the wake of the COVID-19 outbreak in the country.

A Delhi court on Monday also granted bail to 85 Kyrgyzstan nationals who were also chargesheeted for attending the Tablighi Jamaat congregation for committing the same offences.

Till date, 532 foreigners from 34 countries, who were chargesheeted in the case, have been granted bail by the court.

The police had in June filed 59 chargesheets, including supplementary ones, against 956 foreigners from 36 different countries in the case.

The accused who were granted bail on Monday will file their plea bargaining applications on Tuesday, said advocates Ashima Mandla, Mandakini Singh and Fahim Khan, appearing for them.

During the hearing, all the foreigners were produced before the court through video conferencing.

The investigating officer had earlier told the court that the investigation was completed against the 956 foreigners in the case and each has been allegedly found to have independently committed the offence for which he/ she has been chargesheeted.

According to the chargesheets, all the foreigners have been booked for violation of visa rules, guidelines issued in the wake of COVID-19 pandemic, Epidemic Diseases Act, Disaster Management Act and prohibitory orders under section 144 of Code of Criminal Procedure.

The punishment for these offences ranges from six months to eight years of imprisonment.

The Centre has cancelled their visas and blacklisted them. The foreigners have not been arrested yet and are residing at various places approved by the Delhi high court.

At least 9,000 people, including the foreign nationals, participated in the religious Tablighi Jamaat congregation at Nizamuddin Markaz. Later, many of the attendees travelled to various parts of the country.

An FIR was registered against Tablighi Jamaat leader Maulana Saad Kandhalvi and six others on March 31 on a complaint of the station house officer of Nizamuddin under sections of the Epidemic Diseases Act, Disaster Management Act (2005), Foreigners Act and other relevant sections of Indian Penal Code.

Kandhalvi was later booked for culpable homicide not amounting to murder after some of the attendees of the religious congregation died due to COVID-19, police said.