"The policy framework for data protection is being developed by overriding established democratic practices,” the letter says. 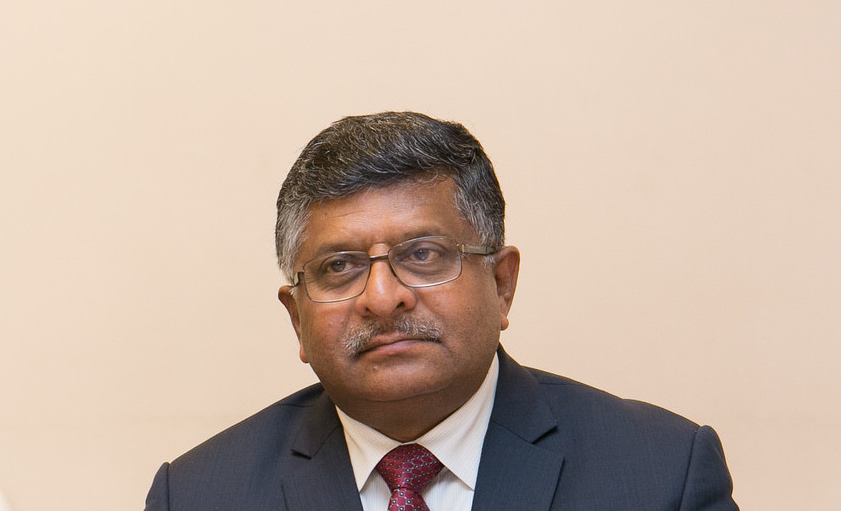 New Delhi: Stating that “the policy framework for data protection is being developed by overriding established democratic practices”, over 150 concerned citizens have written to Ravi Shankar Prasad, who heads the Ministry of Electronics and Information Technology (MeitY), to make public the draft Data Protection Bill that was circulated by MeitY and is now being considered by the Committee of Experts, chaired by former Supreme Court judge, Justice B.N. Srikrishna.

The letter to the Union minister has expressed “serious concern” about the lack of transparency in dealing with the issue. It stated that according to a note presented by the attorney general to the Supreme Court in the ongoing cases related to Aadhaar, the Committee of Experts constituted by MeitY was to deliberate on a data protection framework for India and is in possession of and considering a draft Data Protection Bill circulated by the ministry.

However, the letter lamented, “this draft bill is neither available in the public domain nor has it been shared under the RTI.” In light of such opaqueness around the issue, the concerned citizens and organisations have urged Prasad to make public the draft Data Protection Bill circulated by MeitY, which is being considered by the Committee.

‘Lack of diversity in composition of the committee’

The protest letter also noted that there were many issues with regard to the functioning of this Committee of Experts, about which several of the signatories had already written to Justice Srikrishna. Noting that there was “little evidence that these issues were addressed or even taken cognisance of,” they told Prasad that this is why they were bringing them to his attention as well.

“The lack of diversity in the composition of the Committee with respect to their opinions on key issues is glaring. It is also deeply disappointing that the Chairperson chose not to exercise his right to co-opt other members into the Committee to make it more balanced,” the protest letter noted. It claimed that the Committee of Experts to deliberate on a data protection framework for India was neither diverse nor transparent.

Referring to media reports, it also stated that there is a “perception that a majority of the Committee members hold similar views. Additionally, while on the one hand there have been selective leaks from this Committee, on the other hand, the Committee has failed in being transparent in its proceedings.”

The citizens also told the minister that many of them had in various capacities given “specific feedback to the Committee on the White Paper shared by it.” They also declared that they disagreed with the Committee’s mandate as being to “ensure growth of the digital economy while keeping personal data of citizens secure and protected.”

“We strongly believe that individual rights and public interest (as opposed to “growth of the digital economy”) should be at the centre of any legislation being considered with respect to data protection, especially after the landmark judgment of the nine judge bench of the Supreme Court upholding the Fundamental Right to Privacy,” the letter said.

Further, it added that “the mandate of the Committee should perhaps have been to “ensure the protection of citizenship rights and public interest, while protecting the personal and privacy rights of the individual’.”

The signatories to the letter, including legal luminaries such as G. Haragopal, G. Mohan Gopal, Indira Jaising, Prashant Bhushan and Upendra Baxi, transparency activists Aruna Roy, Nikhil Dey, Anjali Bhardwaj and Amrita Johri, first Chief Information Commissioner of India Wajahat Habibullah as well as petitioners in the Aadhaar cases before the Supreme Court such as Kalyani Menon-Sen and Major General S.G. Vombatkere, and people from various peoples’ movements such as Medha Patkar, also stressed the need for public consultation in such matters.

The process of law-making, they said, was widely recognised by democratic governments across the world. “In 2014, a Pre-legislative Consultation Policy was adopted by the Government of India which mandates that all draft legislations (including subordinate legislation) be placed in the public domain for 30 days for inviting public comments and a summary of comments be made available on the concerned ministry’s website prior to being sent for Cabinet approval,” the activists said, adding that they hoped that the minister would ensure that these processes are followed for any data protection legislation as well.

Proactive disclosure of information pertaining to functioning of panel sought

They also demanded that the draft legislation along with the recommendations being considered by the government be placed in the public domain for 30 days to invite comments before it is sent to the cabinet.

“A clear roadmap be made publicly available with dates and a process for considering the feedback received from the public consultation before placing it for Cabinet approval and introduction in the Parliament. We hope you will keep the interests and rights of the individual citizen and the people at the heart of any policy drafted by the government on this matter,” the letter urged Prasad.