CJI Under RTI Act: Why the Judgment Will Not Enable But Hinder Disclosure

Here is why the judgment is unlikely to give information officers the confidence to disclose information on the highest judicial office.

A Constitution bench of the Supreme Court comprising the Chief Justice of India (CJI) Ranjan Gogoi, Justices N.V. Ramana, D.Y. Chandrachud, Deepak Gupta and Sanjiv Khanna, on November 13, 2019, gave a judgment on the applicability of the Right to Information (RTI) Act, 2005 to itself.

It has been hailed as a landmark judgment by most people based on the understanding that it was only about accepting that RTI applies to the office of the CJI. There were actually three petitions, which were decided. Subhash Chandra Agarwal had sought the following information in 2007 and 2009:

In all three matters the Public Information Officer (PIO) of the Supreme Court had refused to give information on the ground that it was with the Chief Justice who was not required to provide information in RTI.

It is worth noting that it has always been accepted that the Supreme Court is a public authority covered by RTI. It was claimed that the Chief Justice office held these records and could not be subjected to RTI.

Incidentally, neither the Prime Minister’s or President’s office has ever taken such a plea! The CIC ruled in all three matters that the refusal was not as per the law and the information would have to be provided.

The CIC decision was challenged in a writ before a single judge of the Delhi high court who concurred with the CIC decision. This matter was agitated before a full bench of the Delhi high court, which dismissed the appeal in January 2010. This was a fairly simple matter, but unfortunately, the PIO of the Supreme Court appealed against this to the Supreme Court. It was claimed that judicial independence would be compromised if citizens seek information!

We now have a decision from the apex court after ten long years accepting that the Chief Justice is part of the Supreme Court and hence liable to provide information to the citizens! Justice Chandrachud has acknowledged:

“Failure to bring about accountability reforms would erode trust in the courts’ impartiality, harming core judicial functions. Further, it also harms the broader accountability function that the judiciary is entrusted within democratic systems including upholding citizens’ rights and sanctioning representatives of other branches when they act in contravention of the law. Transparency and the right to information are crucially linked to the rule of law itself. There is a fallacy about the postulate that independence and accountability are conflicting values.”

However, after accepting the obvious about the right of citizens to get information from the office of the CJI, the court has gone into a very detailed argument to rule that the exemption of Section 8 (1)(j) covers all personal information. The RTI act clearly states that only Section 8 and 9 can be invoked if information is denied to the citizen using his fundamental right.

Supreme Court has widened the scope of information, which can be denied in Section 8 (1)(j) by ruling that all personal information can be denied, unless a larger public interest is shown.

“information which relates to personal information the disclosure of which has no relationship to any public activity or interest, or which would cause unwarranted invasion of the privacy of the individual unless the Central Public Information Officer or the State Public Information Officer or the appellate authority, as the case may be, is satisfied that the larger public interest justifies the disclosure of such information: provided that the information, which cannot be denied to the Parliament or a State Legislature shall not be denied to any person.”

This clearly means that personal information can be denied if:

The lawmakers realised the practical difficulty of PIOs or citizens clearly understanding what was a public activity and what would constitute invasion of privacy. Hence a specific proviso was provided only for this exemption: “Provided that the information, which cannot be denied to the Parliament or a State Legislature shall not be denied to any person.” 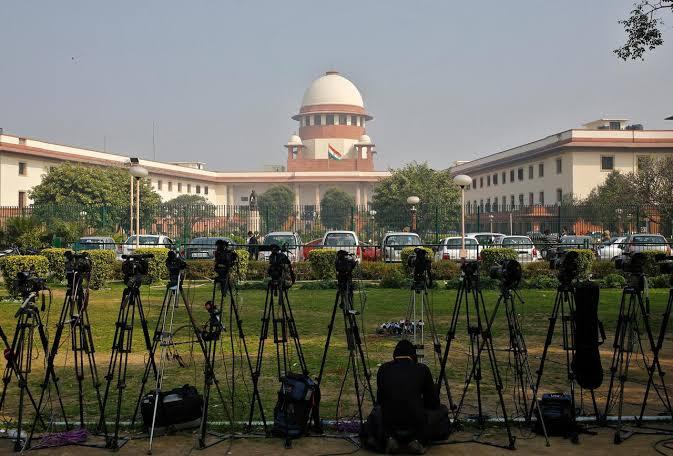 The reasonable restrictions which may be placed on the freedom of expression under Article 19 (1) (a) have been mentioned in Article 19 (2) in the constitution as those affecting “the interests of the sovereignty and integrity of India, the security of the State, friendly relations with foreign States, public order, decency or morality or in relation to contempt of court, defamation or incitement to an offence.” The only words which will apply to privacy are ‘decency or morality’.

It is clear that if disclosure of any information would violate ‘decency or morality’, it should be denied to parliament and to the citizen. The current judgment refers to earlier judgments but does not deal with the R.Rajagopal v. State of Tamil Nadu judgment of the Supreme Court which declared a clear ratio that on matters of public records no claim for privacy would sustain unless it was violative of ‘decency or morality.

Incidentally in the matter of the second and third RTI applications seeking information the court has remanded the matter back to the PIO! I find it surprising that it takes this action despite recording that the S.P. Gupta case decided by seven judges had said:

“…it will be clear that the class of documents consisting of the correspondence exchanged between the Law Minister or other high-level functionaries of the Central Government, the Chief Justice of the High Court, the State Government and the Chief Justice of India in regard to appointment or non-appointment of a High Court Judge or Supreme Court Judge or the transfer of a High Court Judge and the notes made by these constitutional functionaries in that behalf cannot be regarded as a protected class entitled to immunity against disclosure…Confidentiality is not ahead of privilege and the need for confidentiality of high-level communications without more cannot sustain a claim for immunity against disclosure…”.

I think the answer about disclosure is evident. After effectively ruling that disclosure of information should be done only if public interest is established it gives a long explanation of what constitutes public interest. It is almost unlikely that it will give PIOs or First Appellate Authorities the confidence to disclose information on this count.

Parliament clearly wanted to curb corruption in public authorities and hence put that as one of the objectives in the preamble to the RTI act. It was aware that many dishonest practices of false certificates, false declarations, ghost beneficiaries; selection, promotion and encouragement to undeserving candidates and officers and many more have not been stopped by our multiple vigilance agencies. RTI would empower the citizens to do this and transparency could lead to better governance by curbing arbitrary and corrupt acts.

I would also like to point out that any constraints on the right to free speech, right to publish and right to information should be at par since they all arise from Article 19 (1)(a). Just as there is no need to show public interest to speak or publish, none is required to be shown, unless there is an exemption applies from Section 8 or 9.

I feel this judgment constricts the citizen’s fundamental right and the power of RTI.

This article first appeared on The Leaflet and has been reproduced with permission.