Justice Gogoi will have a tenure of a little over 13 months and retire on November 17, 2019. 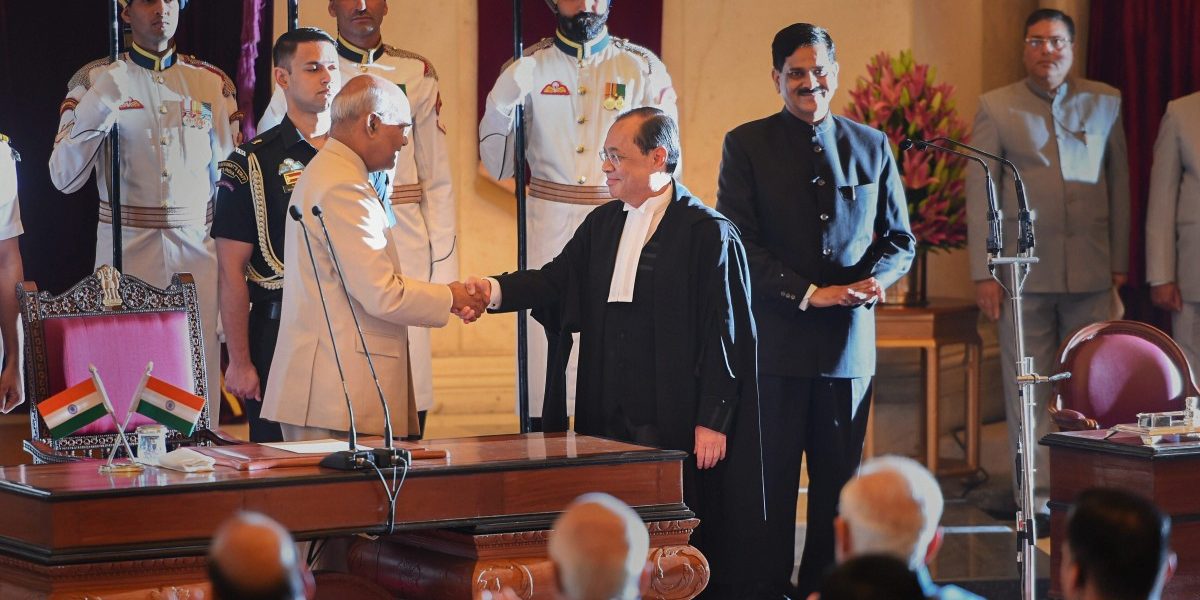 New Delhi: Justice Ranjan Gogoi was on Wednesday sworn in as the 46th Chief Justice of India.

Justice Gogoi will have a tenure of a little over 13 months and will retire on November 17, 2019.

Days before he was sworn in on Wednesday, CJI Gogoi said that people are divided “more than ever” along the lines of caste, religion and ideology and what one should wear, eat or say are no longer insignificant questions about personal life.

He brushed aside the claims that the system has not fared well and said that despite odds, a number of judges are committed to the cause.

Justice Gogoi, who was among the four senior-most judges who had in January virtually revolted against the Chief Justice Misra over various issues including assigning of cases in the apex court has, however, praised the outgoing CJI for an illustrious career.

“As a judge, his greatest contribution to Indian jurisprudence has been on issues of constitutional significance particularly with regard to civil liberties,” Justice Gogoi said.