If Chief Justice Khehar fails to intervene, the court will allow corporations to monetise and claim property rights over the data of India's citizens in a way that they cannot do in markets such as the European Union. 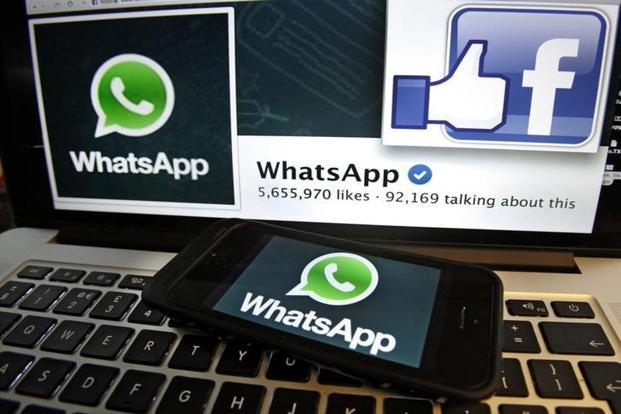 Sharing data should be disallowed by the Supreme Court. Credit: Reuters

Facebook paid $22 billion (Rs.1,472.79 crore) – or, almost 2.5 times Facebook’s 2013 gross revenues – to buy WhatsApp, a company with net loss of over $138 million at the time. Why? One obvious reason, of course, was to stave off potential competition and start its way towards becoming a social media conglomerate.

Less talked about, however, is how the acquisition would allow Facebook access to WhatsApp’s user base and user data – WhatsApp accounts for over 1 billion users who make over 500 million phone calls, share 700 million photos, 100 million videos and 1 billion messages a day.

India, with over 160 million active users, is WhatsApp’s biggest market and conceivably contributed significantly to the above valuation.

WhatsApp will become the owner of the photos, texts and information that Indians exchange on the app, and if it decides, WhatsApp may share the personal information of its Indian users with Facebook, third parties or scamsters, unless Chief Justice J.S. Khehar intervenes this May.

Other countries have taken initiatives to prevent the sharing of data. In the European Union, data regulators have already warned WhatsApp about sharing the data of European citizens with Facebook, with the social network firm agreeing last November to temporarily halt data sharing.

India in contrast has made no move to prevent Facebook and WhatsApp from merging their user information databases. Indeed, Chief Justice Khehar and Justice Chandrachud nearly declined to admit a public interest litigation on this matter in January. The court pointed out users can opt-out and expressed doubts on whether users can claim a right to privacy or free speech in a “free” communication program, but agreed the summer bench will take up the matter in May.

Customarily, a puisne justice – such as, Justices Kaul or Shantanagoudar, Nazeer, Navin Sinha or Deepak Gupta will, along with Chief Justice Khehar fill the vacation bench. Junior justices typically defer to the chief and hence, convincing the chief justice will be the key. Given the doubts he has expressed in January, the traditional arguments on privacy and free speech will scarcely sway the chief justice.

“What worries us is that private communication must remain private of the service is available at a cost. We understand a telecom service provider getting penalised for unauthorised snooping on telephone calls or messages sent by the users. But when you take a stand that ‘allow me to use the free service yet protect my privacy’, it becomes a completely different issue.”

If the WhatsApp issue is tarred by the Aadhaar brush, Chief Justice Khehar is unlikely to pass an order in favor of the petitioners, who have asked for a ruling preventing WhatsApp from merging the data with Facebook. In multiple orders from 2010-2015, the Supreme Court repeatedly held it was not striking down Aadhaar as unconstitutional based on the government assurance that participation in the program was voluntary (and not mandatory). But Chief Justice Khehar has markedly departed from this position. On February 7, Chief Justice Khehar (along with Justice N. V. Ramana) tacitly approved the idea of linking all mobile phones (via the sim cards) to the owners’ Aadhaar cards in the interest of national security (because it was feared unverified mobile numbers could be used for terrorist and criminal activity).

This even though Attorney General Mukul Rohatgi had pointed out how vital mobile payments were to citizens in the aftermath of demonetisation. The Supreme Court’s change in position from asking that participation in Aadhaar be voluntary to implicitly allowing the government to implement mandatory participation clearly demonstrates that the present chief justice places more importance on national security arguments rather than privacy objections.

Chief Justice Khehar and Justice Chandrachud have already alluded to their doubt that users can scarcely demand free speech rights in a “free” service that they do not pay for. Hence, relying upon the fundamental right of privacy under Article 21 and free speech under Article 19, as Harish Salve did in January, may help get the matter admitted but is unlikely to secure a final order that imposes restrictions on WhatsApp.  Reframing the debate will therefore be crucial, and hence, the following two factors become vital, and provide a way out of the current impasse.

First, at this juncture, it may be important to point to the court that if it fails to intervene, WhatsApp will own and have the right to share only Indians’ data whereas the data of other countries will belong to its citizens and WhatsApp and Facebook will, for instance, not be able to merge and/or sell the information of European citizens. The data and information of India’s citizens – texts, photos, usage data, names and mobile numbers of all contacts in their address book (irrespective of whether those people use and consented to WhatsApp’s policies) would however be fair game.

EU regulators have expressed deep concerns on WhatsApp merging data with Facebook and as a direct result, the two companies halted the implementation of the new privacy policy (allowing the firms to mingle their data). Moreover, in December, the European Commission threatened to impose a $179 million fine on Facebook for attempting to merge the data after assuring the commission to the contrary in 2014. The EU is also contemplating an ePrivacy Directive to protect its citizens and imposing regulations on internet communications companies similar to traditional telecom companies. As a result, companies that fail to comply with this Directive (or any other EU privacy guidelines) will face fines of up to 4% of their global turnover. Thus, when other countries are so assiduously protecting its citizens’ data, if the Supreme Court looks the other way and allows Indians’ data alone to be appropriated by private companies, the court will be doing a disservice to the people.

Second, a strategy to overcome or at least side-step the “free” service objection is critical. The court’s biggest objection to ruling that WhatsApp violated people’s privacy was that people did not “pay” for the service as they would for a traditional telecom service. Internet commerce has however upended traditional business models. In the internet age, consumers help WhatsApp (and many other technology companies) earn from revenue streams, even if consumers do not cut a physical cheque directly to WhatsApp. The proof is in the pudding – in this case, Facebook paid WhatsApp more than 20x its annual revenue even though WhatsApp is actually making a net loss. So, the question that consumers did not pay WhatsApp directly is immaterial to determine whether or not WhatsApp is profiting from the users, which it clearly is.

Reframing the issue this way easily exposes the hollowness in the argument that the consumer is not paying to use WhatsApp’s services. By the same logic, WhatsApp is already receiving more than adequate compensation from Facebook (and conceivably, the market). And so, there is no justification or legal basis requiring the Supreme Court to prioritise WhatsApp’s claims over the person who created the texts and content and transfer rights to the information to WhatsApp.

For instance, in the brick and mortar world, I build a road over “poromboke” or public land, and many people use the road and so, it becomes a highway. On that basis, can I claim I now own the poromboke land? Will the court say, because people did not pay to pave the road, the road is now mine?

India is one of the fastest growing economies today but a sizable portion of its population continues to struggle to earn enough to pay for basic needs, medical costs and education. Judges too are singularly focused upon cases deciding people’s access to basic necessities and in this context, worries about privacy and personal information often seem superficial and out of touch. Insisting the court intervene in the WhatsApp case based upon fears of potential privacy violation is therefore an uphill battle and an unnecessary one. In the WhatsApp case, for instance, it is easier to simply show the following. One, by failing to intervene, the Supreme Court will be enabling corporations to monetize and claim property rights in Indian citizens’ data in a way they cannot do with any other countries’ citizens’ data. Thus, creating the subtext why would the Supreme Court allow Indians to be deprived and shortchanged. Two, reframing the discussion helps allay the Chief Justice’s doubt (without insisting privacy is more important than other principles that he values).

Putting to rest Chief Justice Khehar’s doubt will be the key to winning this case. Justices usually defer to the chief. The junior justice during the substantive hearings in May can be reasonably expected to follow Khehar’s lead. Hence, Harish Salve and the petitioners’ ability to successfully reframe the debate will be crucial to determine the outcome of this case and Indian law in the digital age.

Aarthi S. Anand is an attorney practicing at a New York law firm. Previously, she worked with the Solicitor General of India and was a Rhodes Scholar at Oxford.