The court said though the MLAs have been in police custody for a fortnight, nothing has been placed before it to corroborate the claim that they were offering a bribe to topple the Jharkhand government. 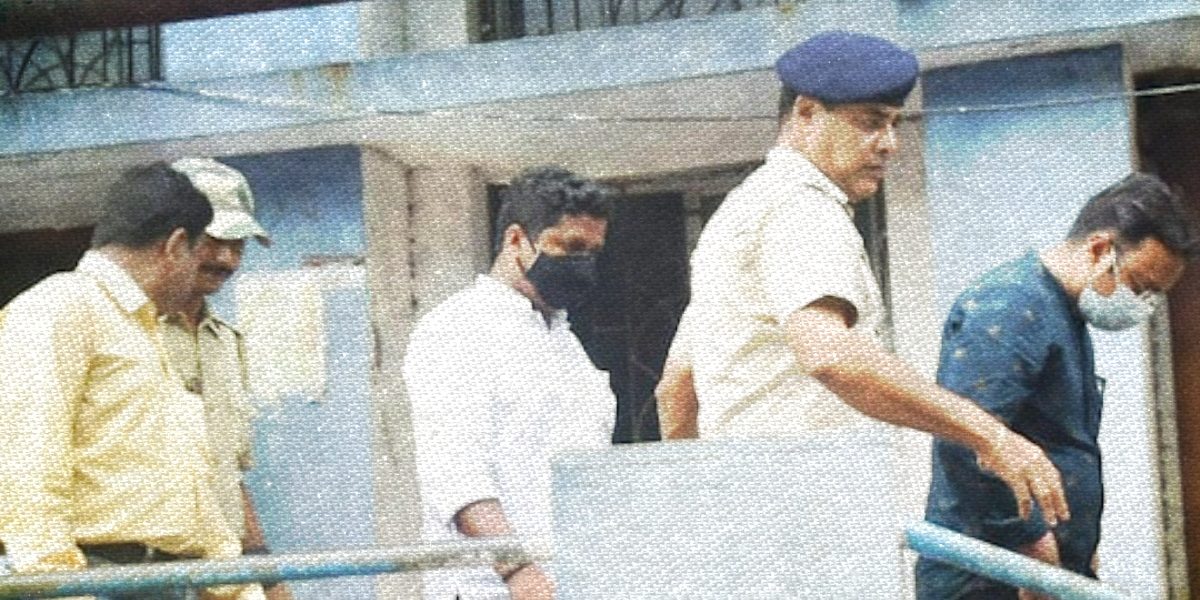 Kolkata: The Calcutta high court on Wednesday granted interim bail to three Jharkhand MLAs arrested in West Bengal’s Howrah district after nearly Rs 49 lakh in cash was recovered in July by the police from the vehicle they were travelling in.

A division bench comprising Justices Joymalya Bagchi and Ananya Bandopadhyay granted interim bail to the three Congress MLAs – Irfan Ansari, Rajesh Kachchap and Naman Bixal Kongari – for three months and directed them to stay within the municipal limits of Kolkata during the period.

The bench said in its order that though the petitioners have been in police custody for a fortnight, nothing has been placed before it to corroborate the statement of the complainant that he had been approached by the accused MLAs on or around July 30 with an offer of a bribe to topple the Jharkhand government.

No electronic message between the parties has been retrieved, nor call records of the MLAs collected during the investigation show telephonic communication between them and the complainant around the relevant time, the bench said.

“This raises serious doubt with regard to the insinuation that offer of bribe had been made to the de facto complainant by the petitioners immediately prior to their apprehension,” it said.

The bench, however, said that it is conscious that the investigation has revealed the shady nature of the monetary transaction which resulted in the recovery of unaccounted cash from the petitioners.

The court said that statements of witnesses and documents seized show the explanation initially offered by the petitioners that they were carrying cash for purchasing sarees is not true.

The court directed the MLAs to appear before the trial court on every date of hearing of the case and before the investigating officer in the case once a week and to deposit their passports.

The bench said that the trio may be released on interim bail upon furnishing a bond of Rs 1 lakh each, with two sureties of Rs 50,000 each, one of whom must be local.

The interim bail will continue till November 17 and the matter will appear before the high court again on November 10.

The MLAs were arrested after their vehicle was intercepted on National Highway 16 at Panchla in Howrah district on July 30 and nearly Rs 49 lakh in cash was found in the car.

The MLAs claimed that the money was meant for buying sarees for an Adivasi festival in Jharkhand. The investigation into the case was later handed over to the state CID by the police authorities.

The Congress, which is a part of the JMM-led government in Jharkhand, has alleged that the BJP was trying to topple the Hemant Soren government by offering Rs 10 crore each and a ministerial berth to MLAs.

Earlier, senior advocate Mukul Rohatgi, appearing for the petitioners, submitted that mere recovery of cash does not constitute a cognizable offence which would justify the registration of FIR.

He claimed that the subsequent complaint lodged on the day after the recovery of cash on July 30 was procured to justify detention.

Rohatgi submitted that apart from the written complaint, there is nothing on record to show that the recovered money was in the nature of illegal gratification to change the government in Jharkhand.

Seeking their bail, he stated that the MLAs have cooperated with the investigation and that there was no need for further detention in custody.

Public prosecutor Saswata Gopal Mukherjee, representing the state of West Bengal, opposed the prayer for bail and submitted that the case relates to a sinister plot to topple the democratically elected government in Jharkhand.

He submitted that Kumar Jaimangal, who is a member of the Jharkhand assembly, lodged a complaint that the petitioners had approached him with lucrative offers of money and a ministerial berth if he joined the alleged conspiracy.

Mukherjee submitted that investigations also revealed that the initial explanation offered by the three accused MLAs that the recovered cash was to purchase sarees for tribal women was hollow.

It was further claimed by him that fake documents created to justify cash transfers to the petitioners have been seized and that investigation is in progress.

The bench said that the plea of the investigating agency with regard to lack of cooperation from other states – Delhi and Assam – requires to be addressed at different fora.