As Case Against Azam Khan Moves Forward, Freedom of Speech Once Again at Judicial Mercy

The disturbing trend of the judiciary authoring restrictions on speech beyond what is constitutionally sanctioned gives the impression that restriction is the norm and speech is the exception. 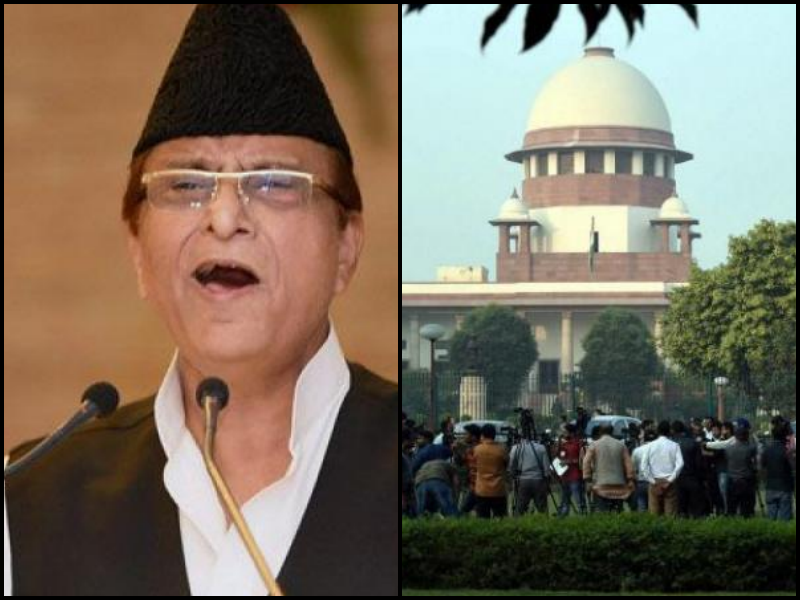 It is the irony of times that the judiciary, the defender of constitutional rights, is inventing new ways to restrict speech and the government is opposing the effort to expand restrictions beyond explicit grounds under Article 19(2). This spectacle presented itself when senior counsel Madhavi Divan and former attorney general Mukul Rohatgi made the arguments in the Azam Khan right to free speech case (Kaushal Kishore vs UP) in April.

This matter, which seeks action against the former UP minister for terming the Bulandshahr gangrape incident – where a woman and her daughter were raped on a national highway – a ‘political conspiracy’ against the state government, is now before a five-judge constitutional bench.

Last year, the Supreme Court had ordered Khan to submit an unconditional apology. The constitutional question before the bench is whether freedom of speech can be restricted on grounds of ‘constitutional sensitivity’ and ‘constitutional compassion’ under Article 19(2) and by other fundamental rights, specifically Article 21.

We see a curious and uncomfortable judicial trend emerging with regard to the freedom of speech. The judiciary has been authoring restrictions beyond the constitutionally sanctioned ones, giving the impression that restriction is the norm and speech is the exception.

The current chief justice has a reputation of being severely uncomfortable and circumspect about free speech in Indian democracy. Chief Justice Dipak Mishra’s reservations over the idea of expressing ourselves freely have led to more restrictions on free speech in the last year than those brought by the legislature in the last two decades.

In 2015, a bench headed by Justice Misra in the Devidas Ramchandra Tuljapurkar case ruled that the ground of obscenity for restricting speech has to be more rigorously applied when speaking about “historically respectable figure”, effectively creating a new exception for historical figures. This undermines the reason for having free speech, where ‘who’, ‘what’, ‘whom’ should not dictate restrictions.

In the Subramanian Swamy case decided in 2016, the court upheld the criminal defamation law on the ground of “balancing of fundamental rights,” saying that free speech must be balanced with the right to reputation, an intrinsic part of the right to life under Article 21. Though the need for a criminal remedy to defamation is worrying, what is even more disturbing is that the court went beyond constitutionally sanctioned restrictions and invoked Article 21, a right with no fixed content to restrict speech.

This was followed by the Shyam Chouksey order, where Justice Misra compelled citizens to stand for the national anthem in cinemas on the ground of “constitutional patriotism.” This was another instance of creating restriction outside of constitution and that too without a ‘law’. Then comes the instant case of Kaushal Kishore vs UP, where there is an attempt to curtail free speech through judicially created grounds of “constitutional sensitivity” and “constitutional compassion” under Article 19(2) and also subjecting it to outside parameters of Article 21, with dignity of individuals as the underlying basis.

This case is an example where the means are being forsaken to achieve the end of justice for the victim. In the process, free speech becomes the casualty with three layers of restrictions on it – constitutional restrictions under 19(2), judicially created restrictions of constitutional compassion and sensitivity and lastly, the wide and undefined right to life (Article 21).

Judicial expansion of restrictions is unconstitutional

The freedom of speech and expression under Article 19(1)(a) is already restricted by Article 19(2). Trying to unnecessarily strengthen this restriction using other fundamental rights indicates the court’s paranoia with regard to free speech. Freedom seems to be seen as a favour bestowed upon the citizens and is being chipped away through these judgments.

To begin with, the restrictions on speech were debated and sanctioned by the constituent assembly and are exhaustive. The role of the judiciary is to strike down laws that restrict speech beyond the boundary of reasonableness. But there seems to be institutional blindsiding of this role. The judge’s role, in any version of a constitutional democracy, is to be a gatekeeper of constitutional boundaries – an ever-vigilant defender of rights – and not to author more restrictions on civil liberties.

The broadening of restrictions is an exercise of judicial law-making. Secondly, the restrictions under Article 19(2) with grounds of ‘decency’, ‘morality’ and ‘contempt of court’ are wide enough to account for any untoward speech made towards the rape survivor. Using words like “constitutional compassion” and “constitutional sensitivity”, which find no mention in the constitution, reflect juxtaposition of individual values and prejudices into constitutional jurisprudence and must be resisted.

Third, broadening the ambit of restrictions to the plane of Article 21 may do justice to the victim in this case but it will be a highly dangerous precedent. The broad interpretation of Article 21 means that judiciary has given us an ‘empty vessel’, wherein they recognise the right without stabilising the core content. So it gives ample scope to judges to fill the empty vessel with a substance which they think justifies free speech restriction. Today it is dignity read under Article 21, tomorrow it can be something else. This has the potential of leaving free speech to judicial mercy. This being a five-judge decision will make it the law for the foreseeable future.

The judicial tendency of locating legitimacy in outcomes alone is dangerous; it is after all the reasoning that constitutes the precedent in law. The problem gets exacerbated when it involves an emotionally charged case such as this. The public concentrates on the outcome of the case, but the legal principle used to get that outcome is generally ignored. Such a myopic approach could result in judgements which could take years to overrule. That is precisely what happened with the right to privacy, where, to overturn judgements rendered by eight-judge and six-judge benches, a nine-judge bench had to be constituted. We cannot have ‘favourable’ outcomes at the expense of risky legal principles.