The court was hearing a batch of PIL petitions which called for a CBI probe into the singer's death, accused the local administration of mismanagement, and questioned the organisers of the event KK was performing at before his demise. 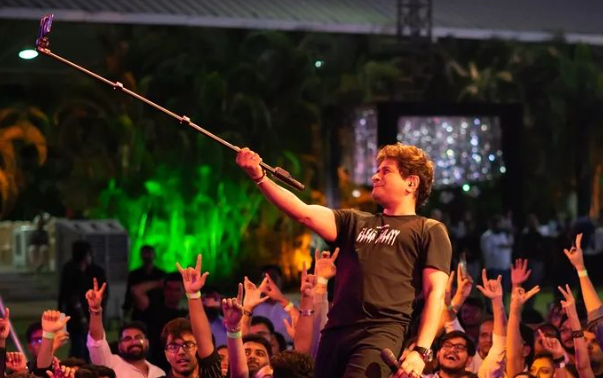 KK performing at a concert in Pune. Photo: Instagram/kk_live_now

New Delhi: The Calcutta high court on Monday, June 20, directed the state government to file a response in a batch of public interest litigation (PIL) petitions seeking a probe into the death of singer Krishnakumar Kunnath, popularly known as KK, on May 31 this year.

The renowned singer had performed at a concert that same day, organised as part of the Gurudas College fest by the ruling Trinamool Congress’s (TMC) student union in South Kolkata’s Nazrul Mancha. He had performed there the previous day too.

While doctors at the private hospital where the singer was brought before his death said they suspected “cardiac problems” to be the cause of death, the Kolkata police had registered a case of ‘unnatural death’ at the time.

The post mortem indicated that KK had significant blockages in his heart vessels, which led to a heart attack. Some news reports also indicated that the 53-year-old singer had a history of chest pain

Moreover, several individuals, including members of opposition parties, had alleged mismanagement at the concert venue – such as dysfunctional air conditioning and overcrowding – had aggravated the singer’s pre-existing cardiac problems.

WB BJP MP Saumitra Khan writes to Union HM Amit Shah on singer KK’s death seeking enquiry on “permitting 7000 people inside auditorium instead of its capacity of 3000, on why show was held when ACs weren’t functioning & on presence of TMC leaders in the hospital KK was admitted” pic.twitter.com/Noi78riYYV

One of the PIL petitions in the batch called for a probe into the matter by the Central Bureau of Investigation (CBI) for this very reason; alleging negligence on the part of the local administration of Nazrul Mancha and the event organisers, according to a report by Live Law.

This plea contended that while the capacity of the venue stands at 2,400 persons, around 7,500 were allowed to enter. Moreover, it alleged that carbon monoxide gas had been released inside the venue.

Another petition questioned the role of the TMC student union, which organised the event. Given that the union is affiliated with the ruling political party, it raised questions as to how Rs 30 lakh was disbursed for the fest despite no elections to the union being held since 2013.

The Kolkata government was represented by advocate general S.N. Mookherjee, who questioned the maintainability of the pleas that KK’s family has not filed any complaint against the ongoing investigation and as such, argued that the demand for a CBI enquiry is not valid.

A two-judge bench of Chief Justice Prakash Shrivastava and Justice Rajarshi Bharadwaj, after hearing the arguments, directed the state government to file an affidavit on the matter within three weeks, giving one week from then for any replies to be filed.