Despite What Harish Salve Says, We Can't Dismiss the Legal Challenge to the CAA

Neither side can claim a definitive outcome from the constitutional litigation before the Supreme Court. 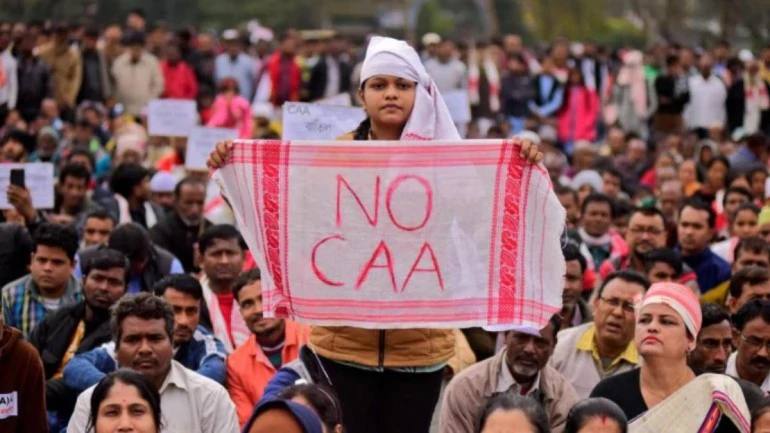 In a recent article published by the Times of India, Harish Salve commented on the constitutionality of the Citizenship (Amendment) Act, 2019 (CAA) and presented his analysis of the legal issues involved. As a student of the law, I found his dismissive tone, while addressing a sensitive issue like the CAA, deeply problematic. The constitutional issues involved in the CAA matter are open ended, at best. Neither side can claim a definitive outcome from the constitutional litigation before the Supreme Court.

Let me try and address the three broad points raised by Salve in his article.

Point 1: “The principle of equality does not take away from the state the power of making classifications. If a law deals equally with members of a defined class, it is not open to the charge of denial of equal protection on the ground that it has no application to other persons.”

I have serious disagreements with this argument. I agree that Article 14 allows the state to make ‘reasonable’ classifications within a statutory framework and the equal treatment burden is only owed to the members of that “class”.

However, at this juncture, two things must be kept in mind. First, the “defined class” cannot exclude similarly placed persons from its ambit. Second, Article 14 does not allow the state to treat similarly placed persons unequally. Moreover, while evaluating the constitutionality of the CAA, we must examine the effect of the Citizenship Act, 1955 to the class of illegal migrants in India both prior and after the amendment.

The term “illegal migrants” has been defined under Section 2(1)(b) of the Citizenship Act. In that light, the specified “class” as per the CAA, concerns people who migrated from Pakistan, Afghanistan and Bangladesh on or before December 31, 2014. Now, according to Salve, the defining factor while forming the concerned “class” is religion, who constitute minorities in Pakistan, Afghanistan and Bangladesh. To the contrary, in the context of the Citizenship Act, the category of people being discussed are actually vested with dual/multiple identities.

To elaborate, Mr X could be a Pakistani Muslim or Hindu who has entered India on or before December 31, 2014, however, within the limited scope of the Citizenship Act, Mr X is nothing but an “illegal migrant” (pre-amendment stage). In other words, before CAA came into being, notwithstanding the religious identity of the persons, they all were ‘similarly placed’ and had an equal status under the law, insofar as they had migrated from Pakistan, Afghanistan and Bangladesh on/before December 31, 2014. Therefore, in the specific context, the status of “illegal migrant” was their primary identity prior to the amendment, which is to be considered over any other secondary aspects like religion.

Now, upon the application of the amendment, under the new proviso to Section 2(1)(b) of the Citizenship Act, Hindus, Sikhs, Buddhists, Jains, Parsis and Christians have been excluded from the class of “illegal migrants”. The amendment, without stating any reasons whatsoever, does not extend any such exemption or benefit to other religions and they continue to be “illegal migrants” under the Citizenship Act.

Let us take a simple example to better understand the situation. In a school, I start giving candy to all students except for the ones with a moustache. Now, let us understand if my actions comply with the standards under Article 14. Considering the specific context, keeping the physical/facial features aside, all concerned persons are “students” and being a “student” is their primary identity within the school. Therefore, the problem lies in ignoring the primary identity, which is governed by the applicable context (student in school; illegal migrant under Citizenship Act), and relying on secondary aspects (such as physical features, religion), while creating a classification. Such a classification shall never stand the rigour of Article 14.

Moreover, if we had to agree with the state’s reasoning and consider being a ‘victim of religious persecution’ to be the primary identity of the concerned “persons”, even then such a classification would be based on a fallacious presumption that only minority religions are persecuted in the three specified countries. It is well known that Ahmadiyyas and Shias are at the receiving end of majoritarian violence in Pakistan and atheists in Bangladesh, who are Muslims by birth, are also at the receiving end of extremist violence.

Therefore, upon considering primary identity of the class of people the law affected, the CAA falls foul of Article 14, as it treats equals (illegal migrants) in an unequal manner (exclusion of Muslims). This is constitutionally impermissible.

Point 2: “If the law was broader and allowed members of all religious communities from Pakistan, Bangladesh and Afghanistan to migrate into India, we could as well do away with our borders.”

The scope of the CAA is being slightly misunderstood or misinterpreted. The CAA does not address any fresh migration per se and limits its effect only to the people who had already entered India from those three countries on or before December 31, 2014. It is rudimentary that people outside our borders cannot claim any right under Article 14 in this case and thus, cannot challenge any alleged state discrimination. Therefore, the question is not at all about opening up the borders for any fresh asylum seekers to come in.

The issue concerns the legal status of the people who are already within our borders. These “persons” most definitely enjoy the right to equality under the Indian constitution. The borders were long open for them; it remains to be seen whether our hearts can be too.

Point 3: “An even more tenuous argument is finding discrimination as the law does not extend to every citizen of every country (or some countries) who has suffered religious persecution.”

I agree. If the government has limited the scope of CAA only to Pakistan, Afghanistan and Bangladesh, it might not be open to challenge before the Supreme Court. It is strictly a matter of policy and the State cannot be brought into question as to why it is not granting similar benefits to asylum seekers from all across the globe. Such a position may have a claim to “desirability”, but not necessarily to “legality”. In my opinion, it would difficult to a persuade the Supreme Court with a nationality-based discrimination argument.

Those were the three broad arguments advanced by Salve in his TOI article. Some other points/questions doing the rounds are:

With regard to the first question, it is well established that the “basic structure” doctrine strictly operates as a limitation upon the amending power of the parliament under Article 368 of the constitution. For example, the parliament cannot amend the constitution to change India from a democracy to a monarchy. However, the basic structure doctrine cannot be used to challenge the validity of any ordinary legislation or legislative amendment, such as the CAA (see State of Karnataka v. Union of India, (1977); Kuldip Nayar v. Union of India, (2006)).

Now, to answer the second question, I have to bring in the concept of “prospective overruling”, which can be used by the Supreme Court, in case it decides to strike down the CAA. Generally, when a law is declared unconstitutional, it means that the law becomes inoperative from the time of its commencement. However, the doctrine of “prospective overruling” is an exception, wherein the constitutional court places an explicit limit on the retrospective effect of its decision. The doctrine is used to limit the effect of a change in the law brought about by the judgement, in order to not disturb any past transactions under the law. It is used to strike a balance between different interests, while declaring a law as unconstitutional.

For example, in India Cement Ltd. v. State of Tamil Nadu, the Supreme Court held that the levy of the cess was ultra vires the power of state legislature brought about by an amendment to Madras Village Panchayat Amendment Act, 1964 and also directed that the state would not be liable for any refund of the amount of the cess which has already been collected. (For a broad discussion of the doctrine, see K. Madhava Reddy & Ors vs Govt.Of A.P, 2014.) Therefore, even if the Supreme Court strikes down the CAA, it can very well rely on the doctrine of “prospective overruling” to clarify that no past transactions (granting of citizenships) under the Citizenship Act shall be revoked.

The CAA matter is extremely open ended at the moment and the aim is not to claim any definite result. Hope is our biggest strength at the moment and we must not lose faith in the Supreme Court. Let us all stand together and pray for a peaceful resolution of the issue. Remember the words of Justice Robert Jackson (in Brown v. Allen, 1953): “We (Supreme Court) are not final because we are infallible, but we are infallible only because we are final.”

Anubhav Khamroi is a final-year law student at the Jindal Global Law School.