The prosecution failed to establish their involvement in the attack, which resulted in the death of 25 CRPF jawans, and links with Naxals, a special NIA court said. 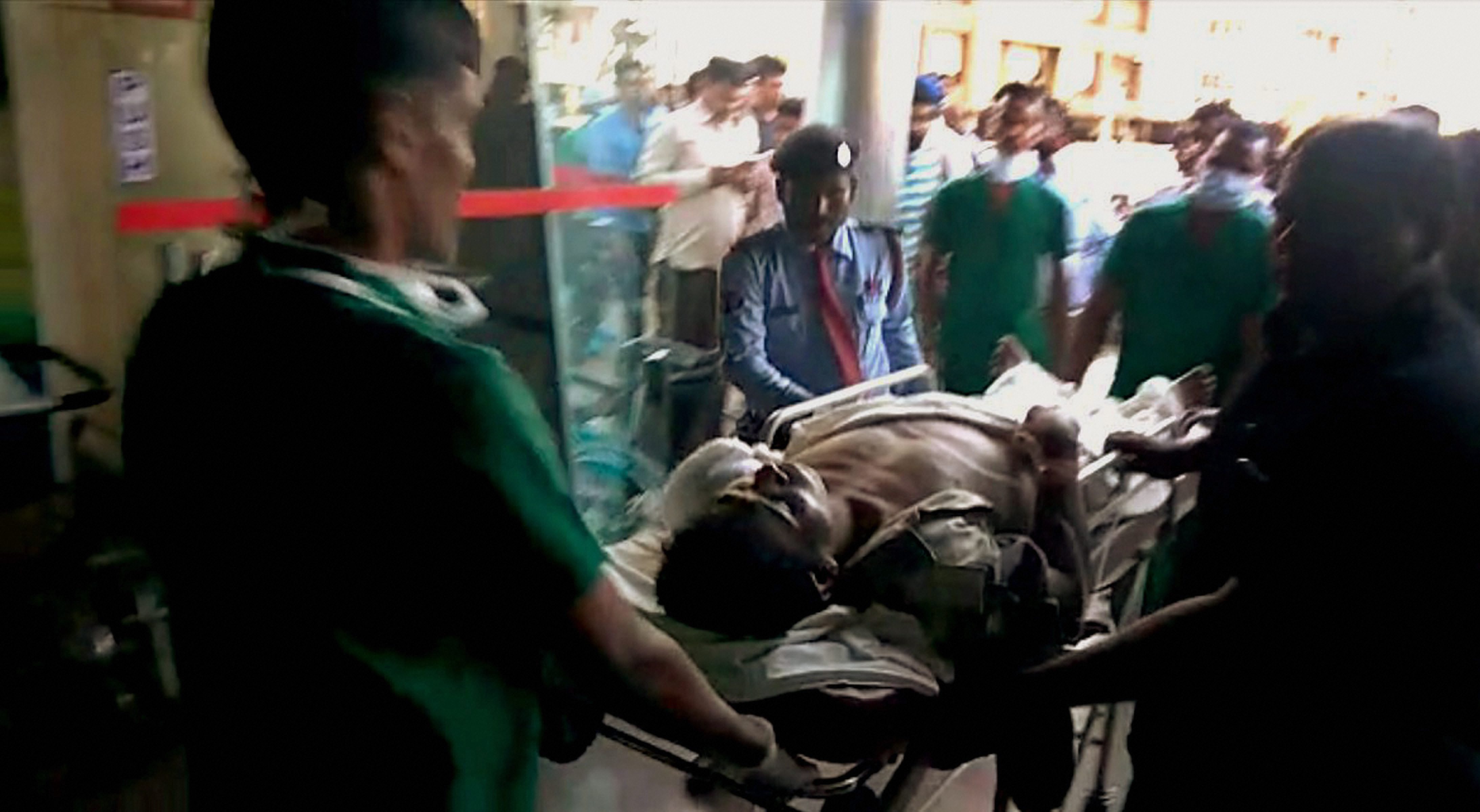 File photo of an injured CRPF jawan being brought to Raipur for treatmen following a Maoist attack at Burkapal near Chintagufa in Bastar in 2017. Credit: PTI

New Delhi: A court in Chhattisgarh’s Dantewada district has acquitted 121 persons from Scheduled Tribes in the 2017 Burkapal Naxal attack which claimed the lives of 25 Central Reserve Police Force (CRPF) jawans, citing a lack of evidence against them.

According to news agency PTI, special judge for National Investigation Agency (NIA) cases Deepak Kumar Deshlhre acquitted the accused on July 15, observing that the prosecution failed to establish their involvement in the offence and links with Naxals.

The order, which became available on Saturday, also said that the prosecution failed to prove that any arms and ammunition were recovered from the accused’s possession.

“No evidence or statements recorded by the prosecution was able to establish that the accused were members of the Naxal wing and was involved in the crime. No arms or ammunition seized by the police were proved to be found from the accused,” the order said.

Naxals ambushed a CRPF team near Burkpal village in Sukma district on April 24, 2017, killing 25 jawans of the 74th battalion of the paramilitary force. The CRPF team was guarding the area between Burkapal and Jagargunda, where a road was being constructed.

It was the second deadliest in the Bastar region after the killing of 76 CRPF jawans in 2010 in the Tademetla forest area of Dantewada.

As many as 121 members of tribal communities, including one woman, were arrested later in connection with the attack from six villages – Burkapal, Gondapalli, Chintagufa, Talmetla, Koraigundum and Tonguda. Most of them were arrested in 2017 while some were arrested in 2018 and 2019, said Bela Bhatia, a defence lawyer for the accused and a human rights activist.

“They have finally got justice, but why did they have to spend so many years in jail for an offence they did not commit? Who will compensate them for this?” asked Bhatia.

The activist told Hindustan Times that the accused were brought to court hearings only twice during the trial, when it is mandatory to produce the accused in person in every hearing. “Bail was denied in the designated NIA court at the district level as well as the high court,” she said.

“Should the state police not be accused of criminal conspiracy to turn ordinary villagers as scapegoats in their fight against the Maoists? Will the state compensate them for their lost time or earnings?” she asked, according to the newspaper.

One of the accused, Hemala Ayatu, told HT that he was punished for no reason. “I was picked up by police from Sukma. I lost everything. I have done nothing but I was booked. I have no words to explain my pain in jail for five years,” said Ayatu, who was released from Jaddalpur jail on Saturday.

The inspector general of police (Bastar range) Sundarraj P. said that as per the court order, 113 accused – 110 of them lodged in Jagdalpur central jail and three in Dantewada district jail – will be released. The remaining eight accused will not be released as they are in judicial custody in other cases, he said.