The Nagpur bench of the high court allowed the appeal of all six convicted persons, including Pandu Narote who died in August this year.

New Delhi: Former Delhi University professor G.N. Saibaba and five others were discharged in the Maoist links case by the Bombay high court on Friday, October 14, allowing their appeal against conviction and life sentence.

A division bench of Justices Rohit Deo and Anil Pansare of the Nagpur bench discharged accused no 1 Mahesh Tirki, no 2 Pandu Pora Narote, no 3 Hem Keshwdatta Mishra, no 4 Prashant Rahi, no 5 Vijay Nan Tirki and no 6 G.N. Saibaba.

The former university professor and the others were convicted in March 2017 and are lodged at the Nagpur Central Jail.

Discharging the six people, the high court said that due process of law cannot be sacrificed at the altar of “perceived peril to national security”. The bench directed the convicts to be released forthwith from jail unless they are accused in any other case.

The judges also said the sanction order issued to prosecute the accused in the case under the stringent provisions of the Unlawful Activities (Prevention) Act (UAPA) was “bad in law and invalid”. Because the trial was struck down due to the absence of a proper sanction order, the court has allowed the prosecution to obtain proper sanction to try them again.

Accused no 2 Narote died in August this year after contracting swine flu in jail. His lawyer claimed that medical care was not provided in time, leading to his condition worsening. Saibaba, who is wheelchair-bound with over 90% physical disability, has also alleged medical negligence several times during his incarceration.

Speaking to The Wire over phone, Saibaba’s wife Vasantha said, “This win could not have been possible if not for the lawyers and all those who supported Saibaba and me all these years. This was a long-drawn fight but I am happy that justice is finally done. This was the only case against Saibaba. I can’t wait for him to be out of jail.” Vasantha said she had been extremely nervous and had sent her brother to the court.

Reacting to the verdict, lawyer Rathod said, “This is a historical judgment and will have its impact on many similarly suffering persons. I wish the court had also dilated upon merits and expounded on how ridiculous the prosecution case was. I feel sorry that Pandu had to sacrifice his life while he patiently awaited justice.”

Accused no 5 Vijay Nan Tirki was released on bail in September 2019. He was given 10 years of rigorous punishment while the rest were awarded life imprisonment. 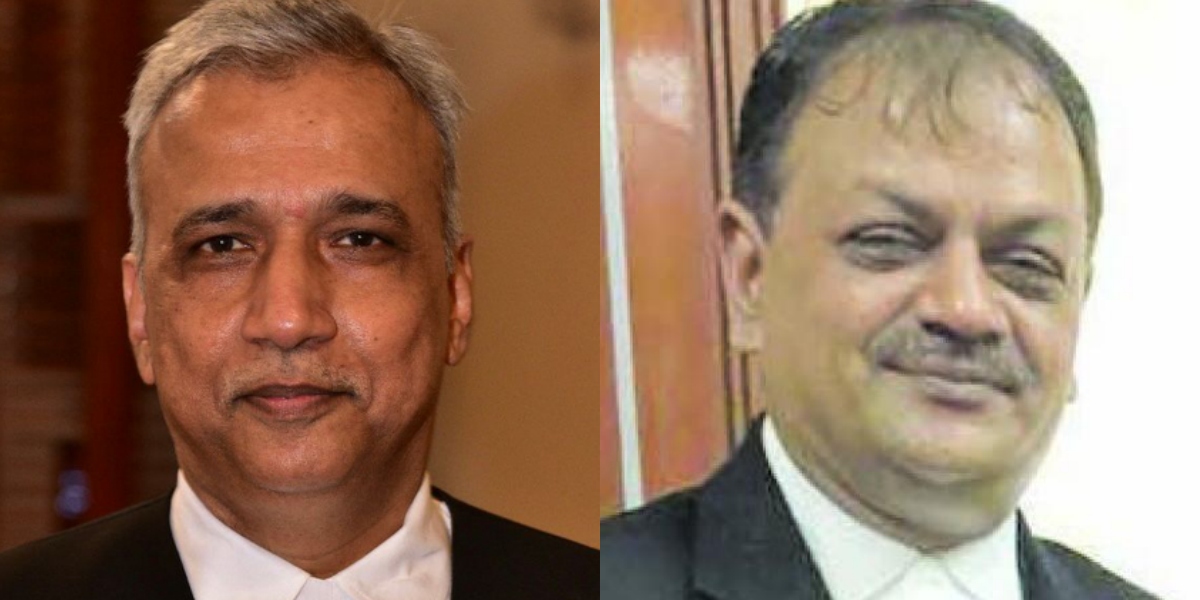 What was the case?

In March 2017, a sessions court in Maharashtra’s Gadchiroli district convicted Saibaba and others, including a journalist and a Jawaharlal Nehru University (JNU) student, for alleged Maoist links and for indulging in activities amounting to waging war against the country.

The case was registered in the Aheri police station in Gadchiroli district in Maharashtra.

The prosecution had claimed that Saibaba was the secretary of the Revolutionary Democratic Front (RDF), an alleged frontal organisation of the banned Communist Party of India (Maoist). RDF is banned in Orissa and Andhra Pradesh.

Saibaba was named as the prime accused in the case. Of the electronic devices seized from his residence in 2013, the state had claimed that as many as 247 pages were found to be “incriminating”. The police had further claimed that a memory card seized from Hem Mishra contained certain documents that “established” Saibaba’s deep involvement in the activities of the banned terrorist organisation.

The lower court’s conviction was based on the statements of 22 witnesses. Of them, only one was an independent witness; the rest were all police witnesses.

The court had held Saibaba and the others guilty under various provisions of the stringent Unlawful Activities (Prevention) Act (UAPA) and the Indian Penal Code (IPC).

What did Bombay HC say?

The court said that while the war against terror must be waged by the state with “unwavering resolve”, a democratic society can “ill afford sacrificing the procedural safeguards” at the altar of “perceived peril to national security”.

“The Siren Song that the end justifies the means, and that the procedural safeguards are subservient to the overwhelming need to ensure that the accused is prosecuted and punished, must be muzzled by the voice of Rule of Law. Any aberration shall only be counter productive, since empirical evidence suggests that departure from the due process of law fosters an ecosystem in which terrorism burgeons and provides fodder to vested interests whose singular agenda is to propagate false narratives,” the court added.

The defence lawyers, in their appeal against the conviction awarded by the trial court, had pointed to the discrepancies in the sanction orders obtained to try the accused under UAPA. In the written argument submitted to the court, the lawyers noted that the sanction has to be obtained at the evidence stage, where the collected evidence has to be presented to an independent authority for review within 7 days. The sanctioning order was granted on February 2, 2014 against only accused 1 to 5. Accused 6, i.e. Saibaba, was excluded from this order.

Saibaba was arrested on May 5, 2015. But only nine months after his arrested, a fresh application for sanction was moved. The defence lawyers, in their arguments before the high court, alleged that the new sanctioning authority had not referred to the old order while passing a new one. The trial court had commenced the proceedings even before the sanction could be obtained, which proved to be one of the crucial reasons for the discharge in the High Court.

“In the absence of appropriate sanction being there at the inception, the learned sessions court did not have jurisdiction to proceed against the appellant any further,” Saibaba’s lawyers had argued in the HC.

Since the high court’s order relied heavily on the absence of a sanction order and not so much on the merit of the case, the court has granted the prosecution liberty to obtain proper sanction to try them again. “The rule against double jeopardy has no application if the trial is held vitiated due to invalidity or absence of a sanction,” the court observed.

The Nagpur bench of the Bombay high court. Photo: bombayhighcourt.nic.in

After Saibaba’s conviction, his lawyer in the lower court, Surendra Gadling; his colleague Hany Babu; and his close friend Rona Wilson were also arrested in years to come under the UAPA charges. While Gadling fought his case in court, Babu and Wilson had run a campaign for his release. All three are named as prime accused in the Elgar Parishad case of 2018.

On April 3, 2021, Delhi University’s Ram Lal Anand College removed Saibaba from his post as an assistant professor at the college. Saibaba had joined the college in 2003 and was suspended in 2014 when he was arrested by the Maharashtra police.