The court’s carefully-crafted judgment includes several objections to the project raised by the petitioners – cost, ecological impacts, displacement of livelihoods and environmental risks. 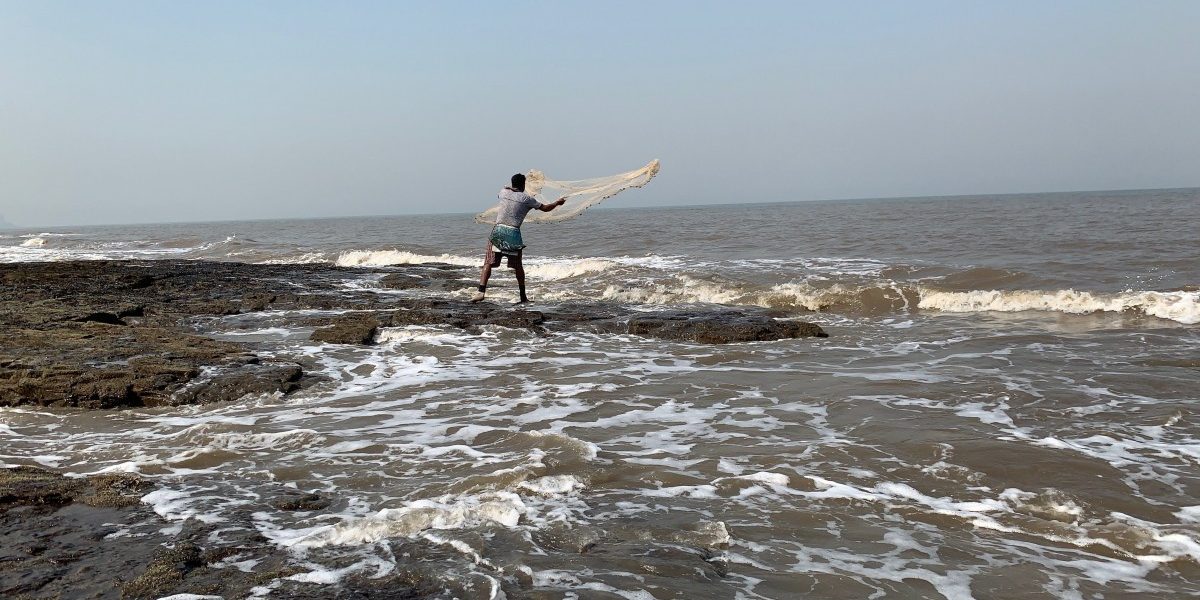 The Bombay high court judgement on Mumbai’s 10-kilometre Coastal Road project has exposed the callous disregard of the government towards social and environmental impacts of megaprojects, and the reckless haste with which approvals are sought and granted.

Unfortunately, recent media reports have caricatured the judgment as being simply about coral and other intertidal species.

This has evoked strong reactions among commentators, and some have claimed that the interests of the city’s 20 million people have been sacrificed for a few square feet of coral.

The verdict of the HC, however, is not simply about illegal procedure. It is about a broad range of objections raised by the multiple petitions as well as citizen’s groups who have opposed the project since it was announced.

These objections ranged from project cost and benefits, transport ramifications, ecological impacts, displacement of livelihoods, and environmental risk – all of which are reflected in the court’s carefully-crafted judgment.

The Municipal Corporation of Greater Mumbai (MCGM) and its construction contractors are insisting on building a freeway for arguably the most inefficient and polluting mode of transportation ever devised. It is a project that will carry 0.54% of the daily commuter trips of the city, and will be accessible to not more than 8% of its citizens.

Some highlights from the judgment are presented below.

A failure of environmental governance

To talk simply about a protected species is to mistake a thing for what it represents. The presence of coral, in this case, is evidence of an ecologically-sensitive habitat, and it is the habitat that demands protection.

The failure to notice coral and its habitat is an indication that the MCGM, as a project promoter, was (perhaps deliberately) oblivious to the ecological significance of the city’s shore.

But as a civic body, the MCGM is also entrusted with the responsibility to conserve environmental systems and resources. The failure to recognise the fragile coastal ecology therefore pointed towards a fundamental lapse of environmental governance.

This is what troubled the HC; not simply the erasure of a few square feet of coral. 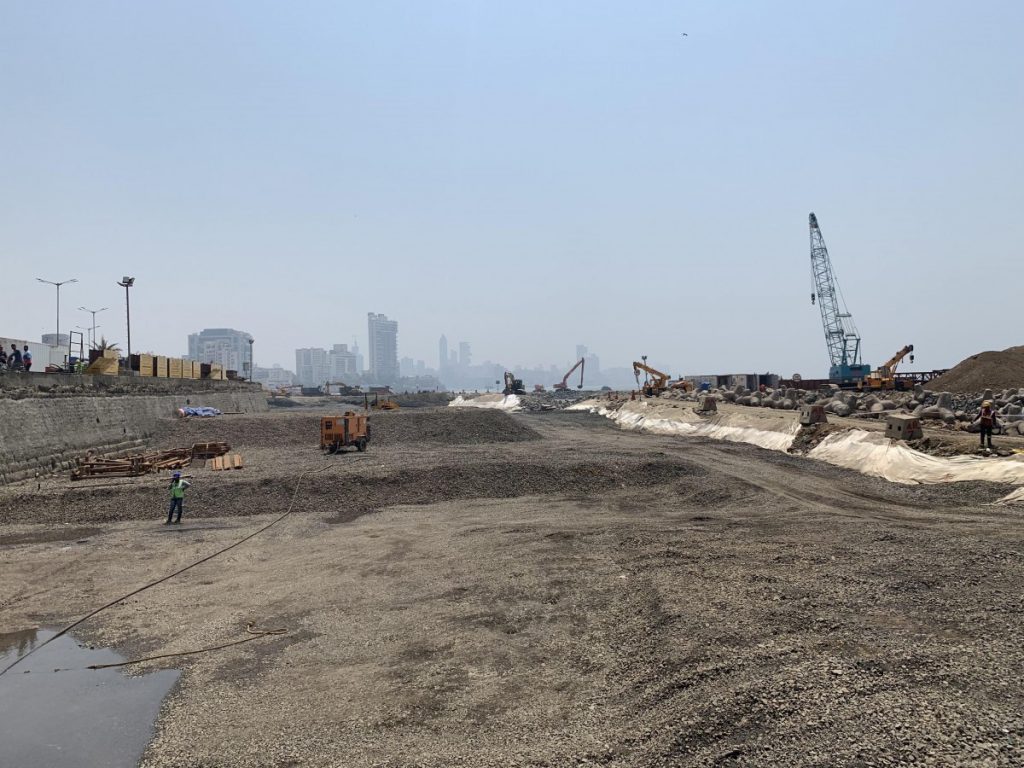 Why environmental clearance is mandatory

It is worrisome that despite the large and destructive nature of the project and its impacts on fisherfolk livelihoods, the MCGM tried to wriggle itself out of an environmental clearance process by first circumventing the law, and later by riding on some minor legal technicality in the court.

The MCGM lawyers argued that the “dominant purpose” of the coastal road project was a “road”. The utilities and open spaces to be built on reclaimed areas, they declared, were an outcome of the alignment, or a “happy coincidence” of building a road on the coast.

They argued therefore that the project, which was predominantly a “road,” can not fall within the purview of an “Area Development Project,” a category that necessitates environmental clearance as per the Environment Impact Assessment (EIA) notification.

This, undoubtedly, is a clever albeit convenient argument, especially because the MCGM has always publicly insisted that the project was a means to achieve a freeway along with open spaces and amenities.

But the HC would have none of this. It remarked that arguments such as predominant purpose “make sense in the abstract world of theory, but they have to be applied practically ‘as a matter of fact’.”

It therefore emphasised that notwithstanding the “dominant purpose” of the project, the large volume of reclaimed land (78% of total reclamation) will be used for purposes other than the road, including open spaces and utilities. The scale and use of this land, in itself, fits the category of an “Area Development Project,” and therefore requires environmental clearance. 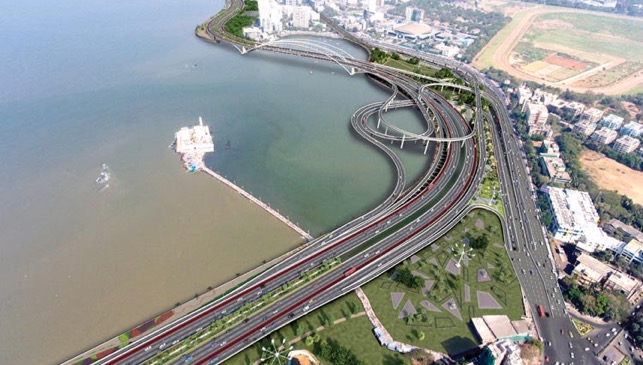 Why the coastal road is not an ‘exceptional case’

In 2015, the CRZ 2011 notification, which forbade reclamation for roads, was amended to allow reclaimed roads with the proviso that this be done only in “exceptional cases”. This amendment was pushed as a legal fig-leaf for the Coastal Road project, and therefore the petitioners challenged this amendment on grounds that it was unconstitutional.

In its judgment, regrettably, the HC upheld the amendment. However, the HC pointed out that an exceptional case must be sparingly used in “cases of extreme hardship or to further public interest or to prevent a greater hardship.”

This clearly could not be proved by the MCGM. In court, the MCGM repeatedly argued that the problem of Mumbai’s traffic is so enormous that it justifies the coastal road as an “exceptional case” even at the cost of our coastline.

However, despite the MCGM’s valiant attempts, the HC could not be convinced that the “project has [reached] such great utilitarian value that what is lost or sacrificed must be accepted”.

In perhaps the most lively paragraph of the judgment, the HC reasoned that the justification of “exceptional case” can only be sustained if a project is a “dying need” of society and that the environmental damage is minimal. When a large length of the coast is reclaimed, as will be the case for the coastal road, the situation cannot be compared to other facilities which require the foreshore and where the damage is relatively less.

“Dying needs” are those needs that cannot be satisfied by any other means; this is hardly the case for the coastal road since the proposed Metro Line 3 runs parallel to the project, and will serve the purpose of reducing traffic congestion much more than the road. The coastal road, then, is a need of convenience, or at best a “crying need”.

When one encounters a situation that borders between a “dying need” and a “crying need”, the order continues, “a deep and pervasive environmental impact assessment has to be done”.

Furthermore, the authority that is mandated to grant clearance must thereafter undertake “a piercing evaluation” of the claim that the project is “an exceptional case” – which, obviously, it did not do. 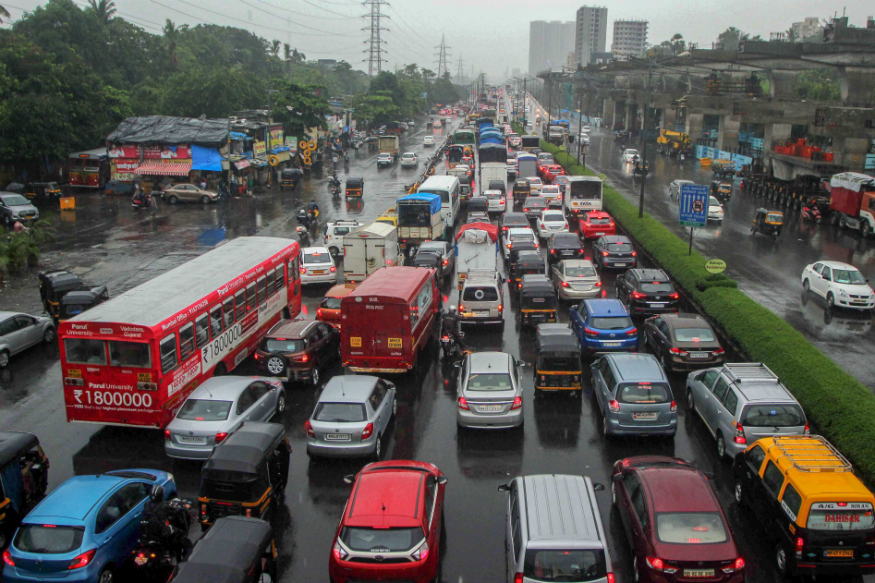 A traffic jam on the Western Express highway in Mumbai following the first bout of rainfall during monsoon season. Photo: PTI

No ‘application of mind’ while granting clearances

The HC quashed the CRZ clearance on the ground that the Maharashtra Coastal Zone Management Authority (MCZMA) and the Expert Appraisal Committee (EAC) and Ministry of Environment and Forest (MoEF) granted approvals with nothing more than “lip service to the requirement of the law”.

Pointing to a “serious lacuna in the decision making process” the HC remarked that clearances were granted despite the knowledge of the Metro project and therefore these agencies failed “to apply their minds” on two counts: first, not having access to proper studies, and then by not taking into account all relevant facts while taking their decision.

The judgement also acknowledged citizens groups who brought to the court’s notice the shortfalls of the studies undertaken by MCGM the extent of intertidal marine biodiversity, ecological significance, and the practice of artisan fishing in the area.

One of the studies that the HC found “insufficient and inconclusive” was the Social Impact Assessment (SIA) which did not “incorporate public consultations at different locations with different groups [such as the fisher community], social survey information and mapping of common property resources, nor did the SIA recognise the presence of artisanal fishing in the intertidal and shallow waters of the coast.

Courts typically are reluctant to interfere with policy decisions, such as whether a coastal road should be built or not; instead they focus on legal arguments, such as whether due process was followed at each stage of a project.

However, it is difficult to make a clear cut distinction between “policy” and “law” which are always overlapping domains. This verdict of the HC is praiseworthy in its subtle recognition of the intersection between law and policy.

Also, it has become dreadfully easy for governments to pay hundreds of crores to consultants to rationalise their policy decisions. The striking illustration of such biased studies for the coastal road is the fact that not one report even mentioned the well known phenomenon of “induced demand” – that new roads tend to increase automobile use – or discussed possible public transport alternatives, in their quasi-scientific justifications for the road.

Similarly, MCGM began commissioning studies on livelihood impacts on fisherfolk, compensation and rehabilitation, after the construction began, and once they were challenged in court.

Courts, rightly, do not see themselves in a position to challenge the recommendations of these studies that are presumably produced by domain experts. In this situation, legal safeguards provide a limited check on the extravagance of mega-project promoters.

In its reading of environmental laws, the HC has expressed a rare concern for the future of the city and its inhabitants, and read them not just as barriers to be overcome for clearing mega-projects, but as vehicles for delivering environmental justice.

The judgment of the HC may superficially read as one that has stopped the project on procedural grounds. But a close reading reveals that it is in fact a sophisticated legal articulation of the broad range of concerns raised by the petitioners.

Like all progressive judgments, it understands the law not as a static rule book, but as a system of formal reason, an instrument of social evolution, and a guide to action in the public interest.

The judgment therefore is much more than the mere sum of its parts.

Shweta Wagh is an urban conservationist and architect, and one of the petitioners against the coastal road project. Both authors are teachers and urban researchers.