The court's decision came in light of an article published in Marathi daily 'Loksatta' which detailed that, of the planned nine lakh copies of Ambedkar's writings and speeches, only 33,000 have been printed in the past four years. 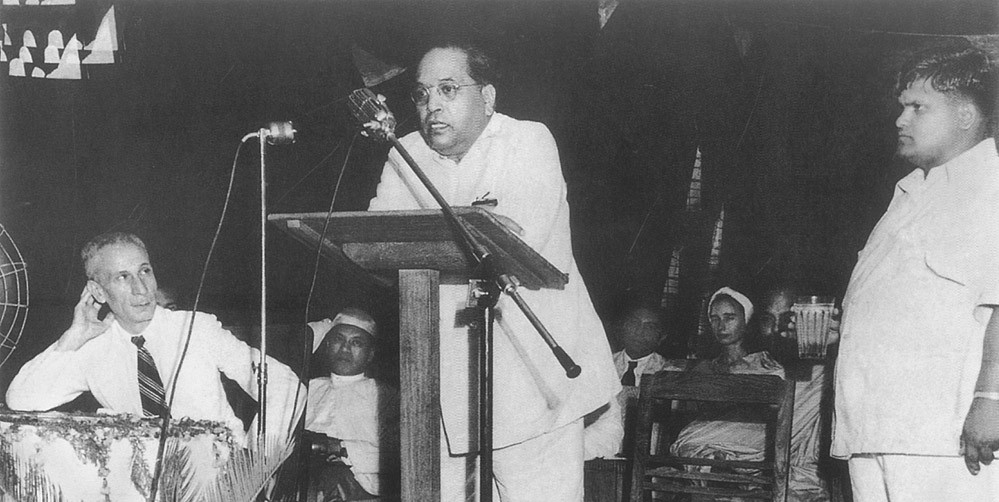 On 20 May 1951, Dr. Ambedkar addressed a conference on the occasion of Buddha Jayanti organised at Ambedkar Bhawan, Delhi. Photo: Wikimedia Commons - CC0 1.0

New Delhi: The Bombay high court on Wednesday, December 1, took suo motu cognisance of a stalled project of the Maharashtra government to publish the writings and speeches of B.R. Ambedkar, Live Law reported.

Taking note of an article on the matter published in Marathi daily Loksatta, the division bench of Justices Prasanna B. Varale and Shriram M. Modak described the stalled progress of the project as a “sorry state of affairs”.

The bench further directed the court’s registry to file a suo motu Public Interest Litigation (PIL) into the matter for the consideration of the chief justice of the Bombay high court, Dipankar Datta.

The Loksatta article notes that the Maharashtra government had planned to publish Ambedkar’s entire oeuvre, to be titled The Writings and Speeches of Dr. Babasaheb Ambedkar and publish nine lakh copies of the same. The government thus purchased printing paper worth Rs 5.45 crore as well as Rs 8.17 lakh worth of binding cloth in November, 2017. However, since 2017, only 33,000 copies have been printed and only 3,675 copies have been made available for distribution in various libraries.

The bench went on to note that these volumes of writing are in demand, not only by researchers and members of the legal fraternity but also by the public in general.

Also read: They Deify Ambedkar But Don’t Want People to Read His Books

On the basis of the article, the court stated that the government printing presses located in Mumbai, Pune and Nagpur were understaffed and burdened by outdated machinery and were thus unable to adhere to the timelines set for printing Ambedkar’s works.

The vast quantities of printing paper, now lying in godowns, were described as being “safe” by the chief of the Directorate of Government Printing, Stationery and Publications, Rupendra More, noting that the paper, being of “excellent quality”, “lasts for many years”.

“Considering the nature of the grievance raised in the news item, we are treating it as a matter for public interest litigation,” the bench said.