When Khan's counsel requested for a hearing tomorrow or Monday, the NCB counsel claimed that it had not been served with a physical copy. 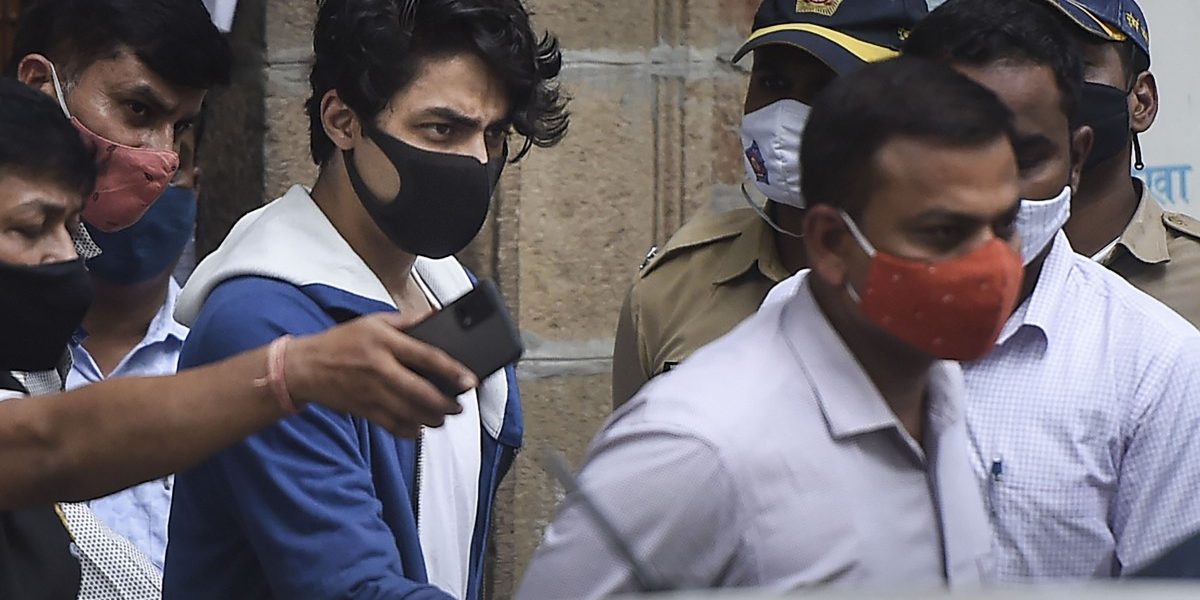 Bollywood actor Shah Rukh Khan's son Aryan Khan being taken to Arthur Road jail from the Narcotics Control Bureau (NCB) office after being arrested in connection with the alleged seizure of banned drugs from a cruise ship, in Mumbai, Friday, Oct. 8, 2021. Photo: PTI

Aryan was arrested with a few others on October 3 after the Narcotics Control Bureau raided a cruise ship off the Mumbai coast and claimed to have seized drugs, including charas.

So far, 20 persons have been arrested in the case.

Aryan’s counsel Satish Maneshinde mentioned once again to the bench of Justice N.W. Sambre that no drugs were found in the 23-year-old’s possession.

When Maneshinde requested for hearing tomorrow, October 22, or Monday, October 25, the NCB counsel, Additional Solicitor General Anil Singh, said that they had not been served, reported LiveLaw.

“He’s been served electronically. I will give a physical copy as well,” Maneshinde said, before the court set the Tuesday hearing date.

The court said it would be hearing the case in the physical mode and refused a video conference hearing.

The court also kept the bail application for co-accused Munmun Dhamecha on Tuesday.

A special court in Mumbai on Wednesday had denied bail to Aryan, observing that “on the face of it”, he was indulging in “illicit drug activities on a regular basis”.

The court also said that his WhatsApp chats showed, prima facie, that he was in touch with drug peddlers.

In Aryan’s WhatsApp chats, there is a reference to “bulk quantity and hard drugs” and “there is prima facie material showing that accused No 1 was in contact with persons dealing in prohibited narcotic substances,” the order said, as reported by The Wire.

“Prima facie, it appears that there is a case of conspiracy and abetment as alleged by the prosecution,” it said.

Meanwhile, amidst pitched media attention, Shah Rukh Khan on Thursday met Aryan at the Arthur Road jail in Mumbai where the latter has been lodged following his arrest on October 3.