The order was given by Justice Pushpa Ganediwala, the same judge who had given the controversial verdict on an earlier case involving sexual assault of a minor. 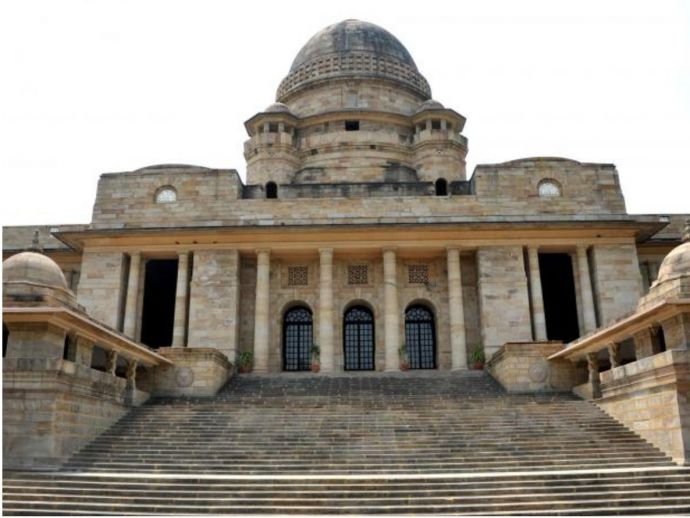 The Nagpur bench of the Bombay high court. Photo: www.lawministry.in

New Delhi: The Nagpur bench of the Bombay high court has said that holding a minor child’s hands and the act of a man unzipping his pants in front of her will not come under the ambit of ‘sexual assault’ as defined by the Protection of Children from Sexual Offences Act, 2012.

The order was given by Justice Pushpa Ganediwala, the same judge who had given the controversial verdict on an earlier case involving sexual assault of a minor. In it, Justice Ganediwala had said that there must be a “skin-to-skin contact” with sexual intent, and mere groping is not sufficient for a crime to be noted under section 7 of the POCSO Act. On January 27, the Supreme Court stayed this order amidst widespread public outcry over it.

According to Bar and Bench, the complaint in the latest case had been filed by the mother of the minor victim. She had alleged that she saw her daughter being led by the hand into a room by the accused, who had the zipper of his trousers open.

LiveLaw has reported, additionally, that the five-year-old minor victim had told her mother that the 50-year-old accused had asked her to “come to the bed for sleeping.”

The POCSO Act has it that when sexual assault is committed against a minor younger than 12, it becomes ‘aggravated sexual assault’ under Section 9 and is punishable with a stronger sentence.

Consequently, it had sentenced “him to five years’ rigorous imprisonment and fine of Rs 25,000 with a default simple imprisonment for six months,” LiveLaw reported.

However, while considering the appeal, the high court resorted to the same legal logic that had been cited in the earlier POCSO judgment and which examines a loophole in Section 7 of the POCSO Act regarding ‘physical contact’.

According to LiveLaw, the high court noted the definition of the section thus:

The court was quoted as having said:

“The words ‘any other act’ encompasses within itself, the nature of the acts which are similar to the acts which have been specifically mentioned in the definition on the premise of the principle of ‘ejusdem generis.’ The act should be of the same nature or closure to that. The acts of ‘holding the hands of the prosecutrix’, or ‘opened zip of the pant’ as has been allegedly witnessed by PW-1, in the opinion of this Court, does not fit in the definition of ‘sexual assault”.”

Ejusdem generis is a Latin term denoting a principle for interpreting legal texts that assumes that, if there is a general term accompanying a list of specific terms, then the general term is restricted to things of the same character as the specific terms.

The court thus set aside convictions under sections 8, 10 and 12 of the POCSO Act. Two portions of the judgement quoted by Bar and Bench point to sections under POCSO Act and IPC that the court found the offences should fall under .

“Therefore, the conviction of the appellant/accused for the offence punishable under Sections 448 and 354-A(1)(i) of the IPC r/w Section 12 of the POCSO Act is maintained.”

The high court also held that the time of five months’ imprisonment which the accused served was enough in this case and reduced his sentence to time already served.