The court has stayed the order for one week to allow the NIA to approach the Supreme Court and appeal the decision. 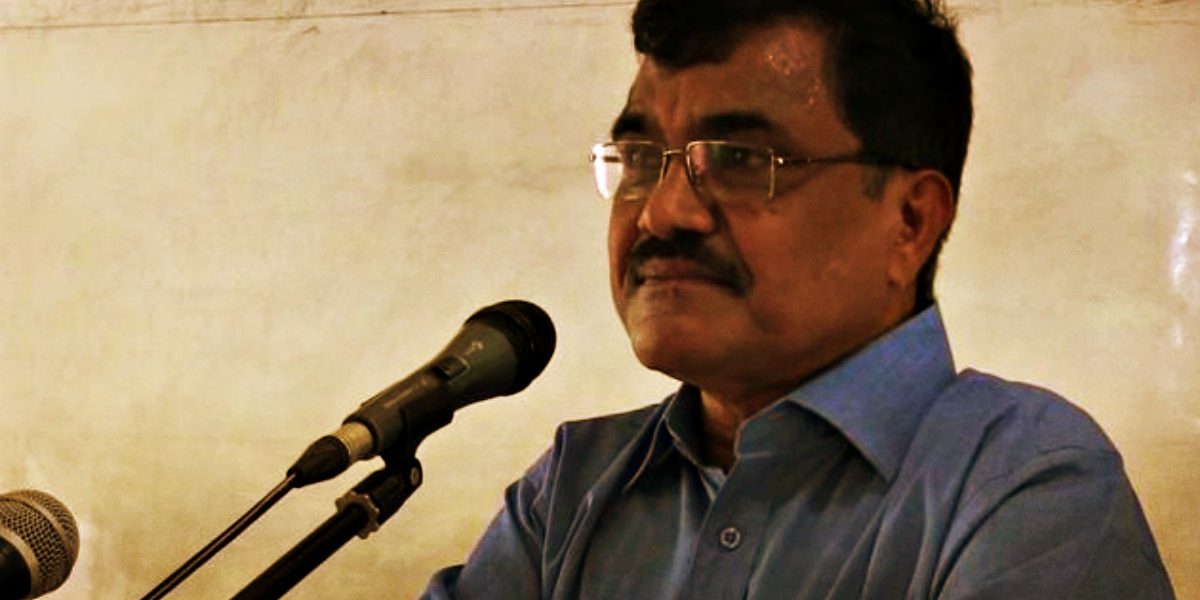 New Delhi: The Bombay high court on Friday (November 18) granted bail to scholar Anand Teltumbde, an accused in the Elgar Parishad-Maoist links case. Seventy-three-year-old Teltumbde has been in Mumbai’s Taloja Central Prison since his arrest on April 14, 2020.

After granting bail, the high court stayed its order for one week at the request of the National Investigation Agency (NIA), to allow the NIA to appeal the decision in the Supreme Court.

A bench of Justices A.S. Gadkari and Milind Jadhav granted Teltumbde bail after hearing his appeal challenging the rejection of bail by a special NIA court.

Bail has been granted on the execution of a PR bond worth Rs 1 lakh and Rs 2 lakh sureties.

Teltumbde is one of 16 rights activists, scholars and lawyers arrested in the Elgar Parishad case. The case has been widely criticised in India and abroad as an attempt by the Union government to curb dissenting voices, instead of holding the real culprits of the 2018 violence against Dalits in Bhima Koregaon responsible. Two of the accused – lawyer Sudha Bharadwaj and poet Varavara Rao – are currently out on bail. Father Stan Swamy, a tribal rights activist and Jesuit priest, passed away while in custody.

In his bail plea before the high court, Teltumbde had sought bail on two grounds, according to Bar and Bench:

1. The chargesheet runs into thousands of pages and the NIA admittedly intends to examine more than 200 witnesses; due to this it would take years to complete the trial and that would mean continued incarceration for years;

2. The object of bail is to secure attendance of accused at the trial, bail should not be withheld as a punishment.

His lawyer Mihir Desai had also pleaded that if bail was not granted, at lease Teltumbde should be placed under house arrest instead of in jail.

The Elgar Parishad, organised on the occasion of the 200th anniversary of the Bhima Koregaon battle, was an occasion for the “urban Naxals” to try and destabilise the government, the NIA has alleged. It is important to point out that Teltumbde, who was in a foreign country at the time of the Elgar Parishad event, had a contrarian opinion on the celebrations around the last battle of the Anglo-Maratha war was fought at Koregaon village on the banks of Bhima river near Pune. In an article published in The Wire on January 2, 2018, Teltumbde claimed that, “when Babasaheb Ambedkar painted the Battle of Bhima Koregaon as the battle of Mahar soldiers against their caste oppression in Peshwa rule, he was creating a pure myth”.

Desai had argued that Teltumbde was neither present at the Elgar Parishad event nor was found making any provocative speech. The chargesheet, filed in three parts, does not attribute any terror role to Teltumbde, Desai had argued. To this, the NIA had accused Teltumde of having been in “touch” with his slain brother Milind Teltumbde, who was killed in an alleged encounter in November last year in the forests of Gadchiroli. According to an article published in The Times of India, Desai had argued that Teltumbde has not met his brother in last 25 years and that it was a “desperate attempt” made to “corroborate a case” against Teltumbde even when there is “no corroboration”.