The Lok Sabha MP from Diamond Harbour may be called again on an early date. 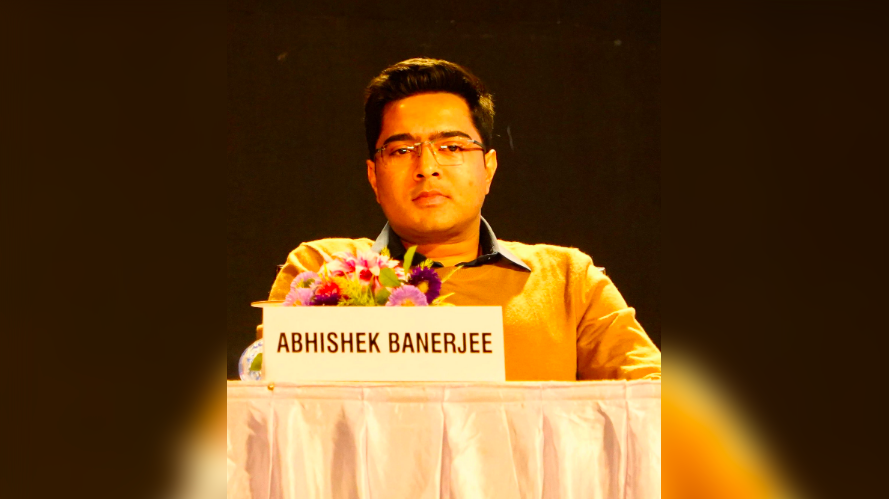 New Delhi: Trinamool Congress MP Abhishek Banerjee on Tuesday, March 29 skipped his scheduled appearance before the Enforcement Directorate (ED) in Delhi for a fresh round of questioning in a money laundering case linked to an alleged coal scam in West Bengal, sources said.

Banerjee’s wife Rujira too had failed to appear at the ED office here on March 22 and she has now been asked to depose on Wednesday.

Her sister Menaka Gambhir, examined by the CBI in this case last year, is also expected to be questioned in the coming days.

Banerjee, the 34-year-old nephew of West Bengal chief minister Mamata Banerjee, is said to have sent an email to the investigating officer of the case citing some personal reasons for his non-appearance.

It is understood that the agency has not accepted his plea and the Lok Sabha MP from Diamond Harbour may be called again on an early date.

The federal probe agency had issued him a fresh summons for appearing on Tuesday after he was questioned for the second time in the case on March 21 here for about eight hours.

This ED case stems from a November 2020 first information report registered by the CBI that alleged a multi-crore-rupee coal pilferage scam related to Eastern Coalfields Limited mines in West Bengal’s Kunustoria and Kajora areas in and around Asansol.

The ED had claimed that Banerjee was a beneficiary of the funds obtained from this illegal trade.

In September last year, Banerjee, the national general secretary of the Trinamool Congress (TMC), was grilled for the first time and his statement was recorded under sections of the Prevention of Money Laundering Act (PMLA).

The summons for Tuesday by the agency was part of the continued questioning of Banerjee to ascertain his alleged role in the case and links with other accused, officials said.

He had said that his wife had to take care of their two-and-a-half-year-old kid and hence, was unable to travel to Delhi for ED questioning.

However, the agency can question her in Kolkata and she is “willing” to cooperate, he had said while speaking to reporters outside the ED office on March 21.

The TMC leader also filed a special leave petition (SLP) before the Supreme Court last week, challenging the ED notices asking the couple to appear before the agency in Delhi.

The Delhi high court had on March 11 dismissed their plea challenging the ED notices asking them to appear before the agency in Delhi instead of Kolkata.

While leaving the ED office here last time, the TMC leader had told reporters that he was a “law-abiding citizen” and hence, had “cooperated” in the investigation.

Also read: Modi’s Raid Raj: ‘Janampatri’ Has Emerged as Key Instrument of Power Against the Opposition

He alleged that certain central probe agencies were being used by the Bharatiya Janata Party (BJP) to “scare the opposition and its political personalities”.

The ED has so far made two arrests in the case. One of the arrested accused is Vikas Mishra, the brother of TMC youth wing leader Vinay Mishra who is stated to have left the country and renounced his Indian citizenship.

The other is a former inspector in-charge of the Bankura police station Ashok Kumar Mishra.

The ED had earlier claimed that the Mishra brothers received “proceeds of crime worth Rs 730 crore on behalf of some influential persons and for themselves” in this case involving an estimated amount of Rs 1,352 crore.

A “deep system” of political patronage and “well-oiled” machinery was used to brazenly carry out certain unlawful coal mining in West Bengal, the ED has claimed before a court while seeking the remand of Inspector Mishra in April last year.

A charge sheet was also filed by the ED in May. Quoting the recorded statement of an unidentified “close associate” of Majhi, the ED had earlier alleged that he had been running his “illegal coal mining business smoothly by managing senior functionaries of a political party of West Bengal through Inspector Mishra”.

The statement of this unidentified “witness” furnished by the ED in the remand note stated that “it is a known fact that Vinay Mishra collected money from illegal coal mining of Majhi and his associates for his closely associated political boss in the present ruling party.

The agency had claimed that documents seized by it show that “Majhi assisted in transferring substantial funds derived from the proceeds of crime to Abhishek Banerjee’s close relatives (wife and sister-in-law) in London and Thailand”.