Before ISRO Can Go Onward and Upward, India Needs a Good Space Law

One hopes that the needs of the future and the spirit of adventure will drive Indian space policy as opposed to – in the words of V from 'V for Vendetta' – the security of the familiar and the tranquillity of repetition. 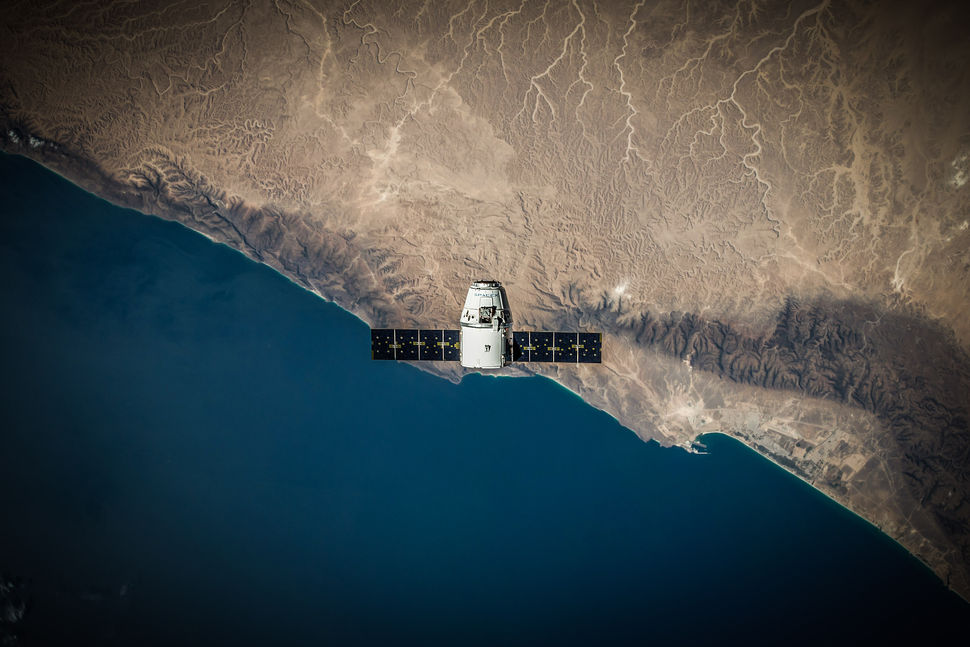 A SpaceX Dragon capsule in orbit around Earth, as part of the CRS-5 mission. Credit: SpaceX

One of the most challenging and interesting areas of law is the jurisprudence of space activities. Space, as a subject, a domain and a paradigm, fundamentally challenges collective human consensus worth several hundreds of years on subjects as elemental as sovereignty and ownership. What compounds the problem is that addressing space from a policy-making perspective involves not just domestic in-house legislative and executive exercises but also that such exercises must constantly engage, influence and ratify international regulations and processes. And as a space lawyer, one must constantly unlearn and let go of the limiting influences of conventional legal training while also retaining the fundamental enablers of conventional jurisprudence that makes a space-law perspective possible.

The US has adopted a new law that recognises mining of space bodies by private players. In many ways, this is an extension of a vision that dates back to the Commercial Space Launch Act, 1984, which enabled the private sector to assume operations in space and left NASA to focus on what it does best: research and development. Elon Musk’s SpaceX and similar success stories are a byproduct of a robust relationship that the Americans built with the private sector to leverage opportunities in space. This is in stark contrast to the pre-infantile state of play for the private sector in India.

The Indian Space Research Organisation (ISRO) has done a phenomenal job of putting India on the roster of elite space faring nations. ISRO itself is a testament to perseverance and ingenuity, a fact borne out by the growth the organisation has achieved despite the limiting effects of international sanctions. Today, it deserves the independence that it enjoys – bolstered by the success of its Polar Satellite Launch Vehicle (PSLV). In fact, there would be no private sector in space in India at all without an ISRO that inspired the youth of this country to look skyward and beyond. So the context is simply this: how can the private sector now participate and enhance the greatness of ISRO?

Only pessimism for the private sector

While ISRO remains the central player in this scenario, the story remains incomplete until we understand that technology and space-based services have now taken centerstage in achieving better governance and quality of life on Earth. Take for example, the proposed Goods and Services Tax regime that aims to translate the entire tax collection, compliance and filing systems to an electronic and Internet-enabled system. When the system rolls out, India will need to ensure rapid percolation of the Internet into every nook and corner, an effort that can be made easier with high-throughput satellites, which are a hot trend elsewhere but not yet in India for unknown reasons. From healthcare to education, satellites will define India’s growth in the Information Age. But the need for such space based services is growing faster than the pace at which our government seems able to sate it, thus necessitating a larger collaborative effort.

The regulatory framework for space activities is defined by a combination of policies, procedures and guidelines of the Government of India. The salient ones among them are:

What these policies and guidelines show is that between Antrix, ISRO and the Department of Space, the government appears to be an operator as well as a regulator, resulting in a virtual monopoly. This obvious conflict of interest was left unnoticed for a while as space wasn’t an area of focus for the private sector. But now, with the emergence of private players, this is a concern. The discretion vested with the committees and bodies under the SATCOM norms don’t come with deadlines prescribed for authorising the launch of satellite systems, nor is there an explicit policy framework for the exercise of such discretion – which potentially violates Article 14 of the Constitution. This has led to poor investor confidence and very little traction for a lot of space startups in the country (which do exist, by the way). And let’s not even get started about spectrum and orbital-slot allocations, which will likely continue to be victims of domestic and international bureaucracy. In short, pessimism is the order of the day for the industry.

While that’s the implication for the private sector, there’s an identifiable implication for the nation as a whole. A lack of rationalisation in transponder leasing (a byproduct of the conflict of interest mentioned above); poor governance in the geographical information domain (or no governance, considering we’ve no known geographical information policy); the monopoly over remote sensing data generated by Indian satellites; and rigid tech. transfer policies pose not just financial losses to the government but also losses on the optimisation front – from the way education is delivered to the masses to better urban planning. And this is besides the fact that we could generate employment and retain talent in India if we can ensure a lucrative space for the private sector in this area. Last but not the least, NASA and the European Space Agency have both demonstrated that innovation is better achieved through a robust engagement with the private sector, which hopefully will provide much needed fodder for our collective thought processes on the subject.

A revolutionary road ahead

So how can a space legislation address these issues? To begin with, a legislation – in the form of a law enacted by the Parliament – enjoys a level of stability that a policy or guideline can never achieve. That by itself will demonstrate the fact that the country has the vision to back up its capacity. It will of course have to answer whether or not we are serious about giving opportunities to entrepreneurs who were provoked into dreaming about opportunities in space by our own space agency’s achievements.

Should we intend to respond positively, then the legislation will have to make some radical changes. First, it must separate the regulatory functions of the Department of Space and ISRO, and vest the functions with an independent body. And this body must not only determine applications for launch of space assets but also the management of derivatives of the Indian space program and its initiatives. It must provoke the question of whether ISRO must focus exclusively on what its key strengths are – research and innovation – and leave the burden of day-to-day operations for the private sector to leverage. The need to address these topics is urgent as a legislation either enabling or disabling private participation of space activities will, if nothing else, provide closure to the young people dreaming about making a livelihood by taking India to infinity and beyond.

Finally, there are some ancillary issues: liability for space debris, national responsibilities for monitoring space activities arising out of its territory or its mandate, cross waivers in case of failures during launch of payloads into space, and so forth. These questions must be addressed parallel to the question of whether we must allow an industry to surface in the Indian space domain at all. Then again, we must also remember that as more of Earth’s resources are depleted, and as we struggle to figure out how to address the problems of the future, the answer lies with a good space law. Falling behind in this race could threaten the country’s prestige as well as our ability to safeguard the security of our descendants in a way that our current Weltanschauung cannot fathom. As our Parliament enters into its next session, one hopes that the needs of the future and the spirit of adventure will drive space policy as opposed to – in the words of V from V for Vendetta – the security of the familiar and the tranquillity of repetition.

Ashok G.V. is an advocate and partner at TMT Law Practice, Bengaluru.