The apex court initiated this as an interim measure to make sure that the BCCI implements Justice Lodha panel recommendations. 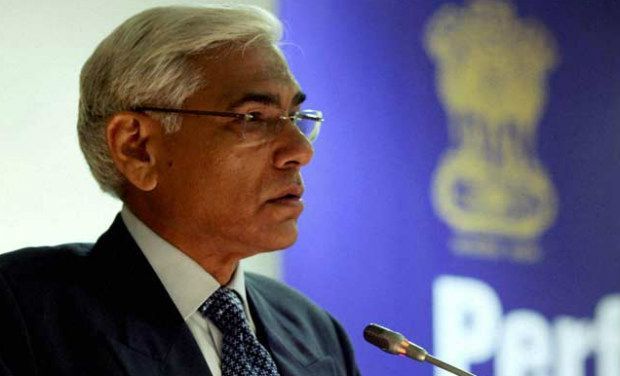 New Delhi: The Supreme Court on Monday appointed a four-member committee headed by former comptroller and auditor general Vinod Rai to administer the day to day affairs of the BCCI, as an interim measure to oversee the implementation of the Justice Lodha panel recommendations.

Other members are historian Ramachandra Guha, MD and CEO of IDFC Ltd Vikram Limaye and former Indian women’s cricket team captain Diana Eduljee. They will ensure that the BCCI falls in line with Lodha panel recommendations. The court asked the CEO of BCCI to report to this committee.

By an order dated January 2, the court had removed the BCCI president Anurag Thakur and secretary Ajay Shirke for non-implementation of Lodha panel reforms. Today’s order is in continuation of the earlier directions.

A bench of Justices Dipak Misra, A.M. Kanwilkar and D.Y. Chandrachud passed this order today, taking note of the names submitted by amicus curiae Gopal Subramanian and Anil Divan and on behalf of the state cricket associations by senior counsel Kapil Sibal. The court said the CEO of BCCI shall henceforth report to the newly formed committee of administrators.

The bench also appointed Limaye, BCCI joint secretary Amitabh Choudhury and its treasurer Anirudh Chowdhury to represent BCCI in the ICC meeting to be held in the first week of February. Amicus curiae Subramanian and counsel Gopal Sankaranarayan, for the Lodha panel, complained that none of the recommendations were implemented by BCCI. This was strongly refuted by senior counsel Arvind P. Datar for BCCI as he asserted that most of them had been complied with.

In view of the divergent statements, the court said the committee’s first job is to ascertain which of the orders of the Lodha panel has been implemented and which are the suggestions not complied with, and file a status report in four weeks. Rejecting the arguments by the BCCI and several state associations that the July 2016 judgment was difficult to implemen, Misra said, “the order has to be complied with. We have to take it forward.”

Attorney General Mukul Rohatgi, who appeared for Railway Sports Promotion Board, Services Sports Control Board and All India Universities, sought recall of the July 18, 2016 order. He submitted that these three members of BCCI, who had full membership earlier, now stand relegated and down-graded to associate member status without voting rights as per the Lodha committee’s “one state-one vote” recommendation. He questioned the jurisdiction of the apex court to state associations and said the implementation of Lodha reforms needed a bigger debate and the two earlier judgments should be recalled. He wanted the secretary, Union ministry of sports to be included in the committee of administrators.

Sibal, appearing for three state associations, joined the AG in saying that the order of ‘one association one vote’ should be recalled as it affected three associations each in Maharashtra and Gujarat. He argued that since state associations had been set up under the Societies Registration Act, Companies Act or Trust Act, members cannot be removed without amending these provisions. Further, he pointed out that the July 18 order did not apply to state associations as it pertained only to the BCCI. The court, in its order, said these issues are being deferred for the present and will be considered on the next date of hearing on March 27.

The court had earlier said that the position, as it has emerged before the court, is that despite the fact that there is a judgment and final order dated July 18, 2016 accepting the report submitted by the committee, the implementation of the directions issued by the court has been obstructed and impeded.

It said “persons who have a vested interest in continuing in their positions in spite of the norms have ensured that the writ of the court is obstructed and impeded. We need to emphasise that the turf of the cricket field is not a personal turf or fiefdom. We must hence order and direct that no person shall hereafter continue to be or be entitled for appointment as office bearer of BCCI or a State Association in breach of the above norms. All existing office bearers of BCCI and of the State Associations who do not fulfill the above norms shall with effect from the date of this Order stand disqualified.”

The recommendations which have still not been accepted by the BCCI include one-state one-vote, age limit of 70 years, cooling-off period of three years which includes the tenure of the administrators, continuing with the five selectors and retaining the powers of the president and secretary as per the earlier constitution of the board.

On October 21, 2016 the apex court passed an order taking away the financial autonomy of the BCCI and asked the Lodha committee to appoint an independent auditor to scrutinise and audit the income received and expenditure incurred by BCCI, and oversee the tendering process that will be undertaken by BCCI, as well as the award of contracts above a threshold value to be fixed by the committee. It said any transfer of funds shall take place to the state associations which have accepted these terms only after compliance.