The reprieve may not matter to news channels or politicians, but its impact on the concepts of justice and fairness will be felt for long. 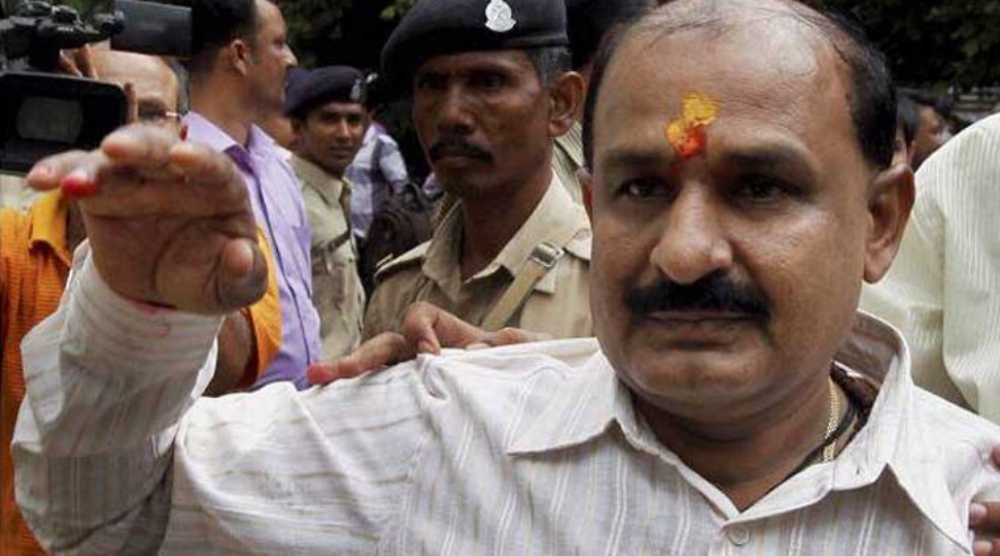 In a nation known for its collective amnesia, it is important to restate names, characters and situations. Forgetting these can jeopardise free thought and the very idea of justice.

One such name is Babubhai Patel alias Babu Bajrangi. He is a member of the Gujarat unit of the Bajrang Dal and his notoriety lies in the fact that he confessed (during a sting operation) to have actively participated in the killing of men, women and children in Naroda Patiya – an Ahmedabad neighbourhood witness to the worst rioting in February 2002, leading to the deaths of 97 people.

I still remember Bajrangi enthusiastically describing how he slit open a pregnant woman, pulled the foetus out of her belly and impaled it on a trishul. While recounting the act, the index finger of his right hand went down in a clean, swift sweep – giving me the small hope that the horrific act might have at least been quick. Bajrangi boasted that he felt like Maharana Pratap after the act.

Bajrangi was found guilty of murder and was sentenced to life imprisonment. But that was in 2012. The country changed and, in 2015, with the lynching of Mohammad Akhlaq, we were put on the path of a ‘new India’. The collective amnesia turned into one of convenience. News of more lynchings gradually started to drift into deeper, unread pages of our newspapers.

In the meantime, between 2014 and 2016 – when the ‘new India’ was being laboriously constructed – Bajrangi was granted temporary bail 14 times on medical grounds. We are told that he is now nearly blind and deaf.

During the 14 temporary outings – if it is true that darkness and silence now surround him – would Bajrangi have seen the construction of this ‘new India’, or heard the jangle of the trishuls on which he had once impaled innocent foetuses?

On March 7, 2019, Bajrangi was finally granted bail by the Supreme Court on medical grounds. The darkness and silence won him his freedom.

Being an ardent proponent of science, I cannot blame or credit karma in this sequence of events. A cozy darkness and a warm silence also surrounds a foetus in its mother’s womb. I am not sure if foetuses impaled on shining trishuls, suddenly exposed to cruel daylight and the chilly February breeze, would be so effective in deciding the karma of the villainous perpetrators.

The news of his bail, in keeping with the amnesia of convenience, created no ripples in the otherwise unforgiving media of the day. There were no noisy primetime debates, probably because the nation doesn’t want to know. ‘New India’ is selective in what it wants to know.

This is a barbaric abortion of justice. Let us for a moment consider that, on grounds of mercy, the bail is justified. If so, what stops the extension of this mercy to others incarcerated in Indian prisons on health grounds? Remember professor Saibaba? Why is his over 90% disabled, polio-ridden body, not worth bail? How can he – a former teacher at Delhi University – be more dangerous a threat than a murderous thug like Bajrangi?

The idea of justice is based on the perception of fairness. John Rawls, in his seminal work A Theory of Justice, said that all people have a claim to as much freedom as is consistent with everyone else having an equal level of freedom. This is an important to understand both justice and freedom. According to him, freedom and equality can be integrated and thus, justice can be presented as fairness.

With Bajrangi’s bail,  I am not sure if justice can be outlined as per Rawls’s definition. In this ‘new India’, justice and fairness are separated at the seam of their union. This open seam, like an open vein, is bleeding the country white.

Justice as fairness for a just a few can erode societal norms. Babu Bajrangi’s bail may not be important for news channels or the political class, but its impact on the concepts of justice and fairness will long resonate.

The notion of injustice is fatally infectious. I only hope that the ‘new India’ under construction develops an innate immunity to this infection.

Shah Alam Khan is professor, orthopaedics at AIIMS, New Delhi and author of the book Man with the White Beard. Views are personal.