The court is recording the statements of the 32 accused under Section 313 of Criminal Procedure Code to enable them to plead their innocence if they so want. 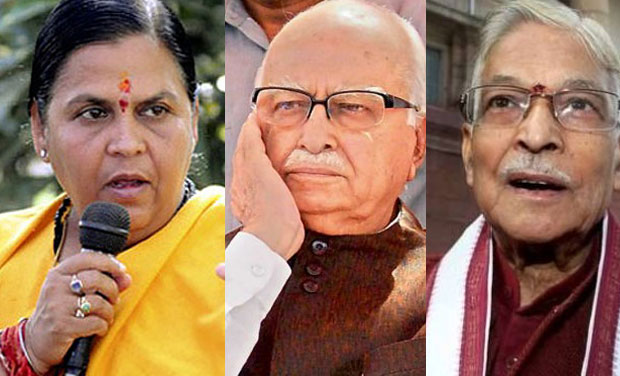 Lucknow: A special CBI court on Monday set July 24 as the date for recording the statement of former deputy prime minister L.K. Advani in the 1992 Babri mosque demolition case.

The 92-year-old BJP leader’s statement under Section 313 of the Code of Criminal Procedure will be recorded through video conferencing.

The court is recording the statements of the 32 accused under Section 313 of Criminal Procedure Code to enable them to plead their innocence if they so want.

The court, which is conducting day-to-day hearings to complete the trial by August 31, as directed by the Supreme Court, set July 22 for former Shiv Sena MP Satish Pradhan to depose before it through a video link.

On Monday, it recorded the statement of accused Sudhir Kakar who appeared in person, though earlier he wanted to depose through a video link.

Like the other accused, Kakar claimed that he was innocent and was falsely implicated by the then Congress-led central government for political reasons.

The court will record the statement of accused Ram Chandra Khatri on Tuesday.

BJP leader Uma Bharti had earlier this month appeared in person before the court.

She had also accused the then Congress-led central government of framing her due to political vendetta.

The mosque in Ayodhya was demolished on December 6, 1992, by ‘kar sevaks’ who claimed that an ancient Ram temple had stood on the same site. Advani and Joshi were leading the Ram temple movement at that time.