The Centre's recent petition on returning 'extra' acquired land to the 'original owners' misunderstands the Supreme Court's previous orders on the matter. 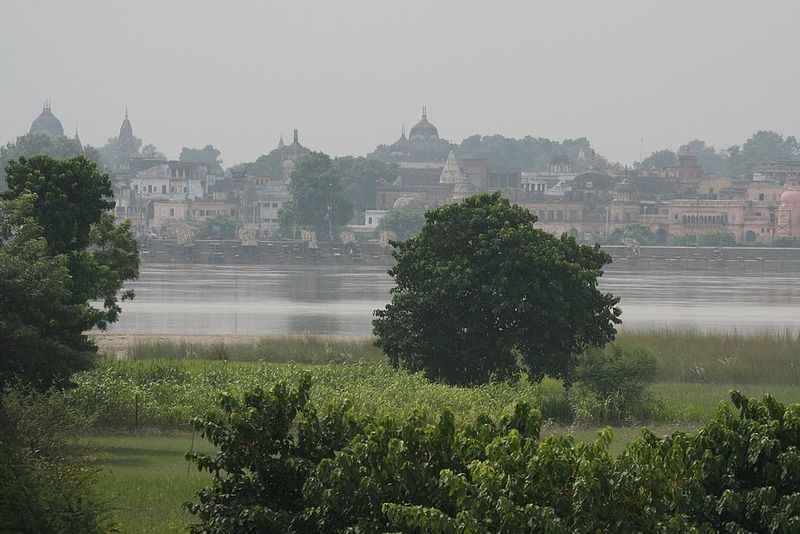 Two weeks after suggesting mediation as an option, the Supreme Court on Friday directed the parties involved in the Ayodhya case to join a confidential, court monitored mediatory process as means of resolving the dispute. The mediators named are senior lawyer Sriram Panchu, Art of Living founder Sri Sri Ravishankar and Justice Kalifullah, a former judge of the Supreme Court.

After the amendment of the CPC in 2002, the court was not required to secure the consent of the parties, though obviously successful mediation requires the unanimous consent of all litigants.

On February 26, when the court suggested the parties explore a permanent solution of the issue through court monitored mediation under strict confidentiality, this suggestion was broadly accepted by all the Muslim parties and the Nirmohi Akhara, whereas the parties representing the temple side rejected the suggestion. Soon after, they took a clearer stand in writing, stating that “….they are not ready for compromise. They cannot give up their claim on any inch of land”.

We cannot forget the fact that in the last week of January, 2019, the Central government came up with an application in the Supreme Court in the Aslam Bhure case, saying that it wants to return 67 acres of acquired land around the disputed Ram Janmabhoomi-Babri Masjid site in Ayodhya to its “original owners”.

The Aslam Bhure case was disposed of by a five-judge Supreme Court bench on March 31, 2003. Now, the Centre has said in its application that “continuation of vesting of superfluous land in the central Government defeats the very temporary nature of acquisition under 1993 Act [The Acquisition Of Certain Area At Ayodhya Act, 1993]”.

The disputed area is only 0.313 acres, according to the government, and the original owners of the rest of the acquired land in Ayodhya are entitled to get it back. The government is duty-bound to return this land, the application said.

The Centre acquired this 67 acres of adjacent land under the 1993 Act. Subsequently, the Ismail Faruqui judgement of 1994 justified the Centre’s retention of this larger area of land while the Ayodhya title dispute is resolved.

Now, while the courts are still hearing the issue, the Central government has sought to create the impression that a resolution has been reached.

Before anything else, it is important to understand a few terms, as the government’s application plays around with them to suits its needs.

‘Disputed area’ cannot mean just 0.0313 acres. The pre-acquisition and pre-Faruqui case claims of Muslim parties in their civil suit filed in 1961 said the disputed area would be between four and five acres. This extended area of land took into account the graveyard surrounding the mosque.

The way the government’s application has been worded, it would also result in Muslim parties getting back this four or five acres of land, leaving aside the 0.313 acres. This is because the government cannot treat Muslims’ claims on the acquired land differently.

However, since the acquisition of the surrounding land has been upheld in the Faruqui case of 1994, no one can ask for it back it this point – Hindus and Muslims alike. All parties will have to wait for final resolution of the title dispute case.

Instead of the term ‘disputed area’, the proper term for the 0.313 acres would be the ‘mosque area’ or ‘disputed structure’, in which the outer courtyard area is also included.

In para 96(6) of the Faruqui judgment, the Supreme Court said that all the adjacent area acquired shall be used for the purposes set out in the 1993 Act. The Act had said that the acquisition “of the site of disputed structure and adjacent land [is] for setting up complex which could be developed in planned manner wherein a Ram temple, a mosque, amenities for pilgrims, a library and a museum and other suitable facilities can be set up”.

This intent of the Act cannot be fulfilled by the Central government at this stage because the parties’ suits are still pending in the Supreme Court. After the dispute has been resolved, the government will have to plan the area’s development as per the purpose set out in the 1993 Act. After that, if some land remains as ‘excess’, then the “original owners” of that land will have to initiate litigation if they want to get it back.

Another term used incorrectly in the application is ‘undisputed area’. The proper term which ought to have been used is ‘excess or surplus area in the adjacent area’. This land can only be identified after the final resolution plan. In its application, however, the Centre has declared the entire adjacent area to be ‘superfluous area’ by misreading the earlier judgements.

Considering the facts – that the adjacent land will be utilised depending on the outcome of the litigation – and further taking note of maintaining communal harmony and fulfilling the objectives of the Act, the Supreme Court bench in the Aslam Bhure case directed that the “larger extent of land is incidental to the main purpose”. The disputed and non-disputed land are “intrinsically connected”, the court said, and at this stage of the proceedings, no religious activity of any kind is permitted on the 67 acres.

After the Faruqui case, the Ram Janmabhoomi Nyas (the “original owners” according to the Centre) had filed an application before the Central government for the restoration of the land, and also claimed compensation for the land acquired. This application was rejected on August 14, 1996, with the Centre stating that the land cannot be restored till the case is decided. The Nyas was told to approach the claims commissioner for compensation. When hearing a challenge to this order, the high court backed the Central government.

Now the Centre, on a suo motu basis, is saying that they should be ‘permitted’ to hand over the (wrongly understood) ‘superfluous’ land to its original owners. This amounts to overreach, as the main case is still pending before five judges. The delay in hearing the main case because one of the judges had a genuine concern. It seems that the Central government’s application was an attempt to keep the polarising discussion going, for their political gains.

The constitutional scheme of this country prohibits the governments from playing the role of a religious leader. At the most, it can play a role in the religious affairs of different parties by ensuring equal treatment for all. A nine-judge Supreme Court bench said in the 1994 Bommai judgment that “strong religious consciousness not only narrows the vision but hampers the rule of law”. The judgment also defined the secular parameters within which a government is bound to operate.

The Modi government’s application is an attempt to keep the pot boiling, irrespective of the outcome. This will only further endanger rule of law, which is already under serious attack.

Note: This article was submitted last week and has been updated by The Wire editors to reflect latest developments.

M.R. Shamshad is the advocate-on-record for Muslim parties in the Ayodhya title suit.