'No Whisper of New Case Until Bail', Says Jignesh Mevani's Lawyer After His Re-Arrest

Mevani was first arrested by the Assam Police on April 20 for a tweet 'criticising' Prime Minister Narendra Modi. Just after getting bail on April 25, he was arrested again, in a new case. 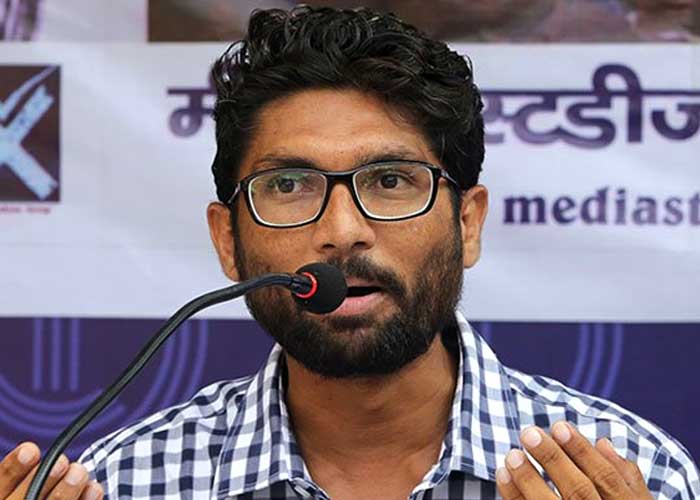 This article, originally published at 3.33 pm on April 25, 2022, was republished at 7.55 pm on the same day with additional details on the second case against Mevani.

New Delhi: On April 25, no sooner did a lower court in Assam’s Kokrajhar district grant bail to Jignesh Mevani in a case relating to tweets which purportedly defamed Prime Minister Narendra Modi, a police team from the neighbouring district of Barpeta took the independent Gujarat MLA into custody – citing another case registered against the firebrand Dalit leader.

Mevani’s lawyer Angshuman Bora, while confirming his re-arrest to The Wire, categorically stated that since he was not handed a copy of the FIR in the new case registered by Barpeta Police, he can only presume what the accusations against Mevani might be.

“I was not handed a copy of the FIR. From what I saw in the remand warrant presented at the chief judicial magistrate’s court by Barpeta Police soon after his bail was granted, sections of the Indian Penal Code like 354 and so on were mentioned. This would then mean that police were accusing him of outraging the modesty of a woman,” Bora said.

He added, “I wonder, though, as to where this happened. All this while, Mevani was in police custody. Also, why was he taken to Barpeta?”

The Wire has accessed a copy of the FIR which states that a woman sub-inspector posted at Kokrajhar police station had filed a complaint with the station officer of the Barpeta Road police station on April 21. In it, the policewoman claimed that she was “escorting the arrested accused person Jignesh Mevani” in connection with the Kokrajhar case from the Guwahati airport to Kokrajhar in a government vehicle along with two other senior police officials that day.

Mevani, an MLA representing Vadgam assembly constituency of Gujarat, was taken into custody by a team of Kokrajhar police on April 20 night from the western state on the allegation that a tweet he had written two days ago against Modi would “incite” enmity between two communities.

The arrest was carried out following a complaint lodged by a BJP leader in Assam, Anup Dey, a resident of Kokrajhar’s Bhabanipur village. On the basis of Dey’s complaint, police accused Mevani of criminal conspiracy (section 120-B); imputations, assertions prejudicial to national integration (153-B); deliberate and malicious intention of outraging the religious feelings of any class (295-A); intentional insult and provocation to breach public peace (504) and intention to cause fear and alarm in the public to commit an offence against the state or against public tranquility (501-1B) besides charging him under the Information Technology Act.

After his re-arrest on April 25 evening, Mevani’s lawyer Bora pointed out to The Wire that “while there was not even a whisper about this FIR even while the Kokrajhar police was vehemently opposing his bail plea at the lower court hearing on April 24 evening, once the bail was granted, the new case was mentioned and remand granted by the chief judicial magistrate at Kokrajhar.”

An important point is that while the CJM had ordered three-day police custody to Mevani soon after he was produced at the court after his arrival from Gujarat, the bail plea – because it was on a Sunday – was heard by another magistrate.

Since Mevani was presented at the court in the latter half of Sunday (April 24), the magistrate heard the arguments for and against the bail application and reserved her order for April 25 while sending Mevani to judicial custody for the night.

In other words, the magistrate did not grant the Kokrajhar police’s plea for extension of Mevani’s police custody.

Mevani’s lawyer Bora told The Wire, “What I saw for the first time in my long legal career yesterday was that after the case was heard, the CJM arrived at the court to take possession of the case diary, etc. To this, I objected as the case was already heard by another magistrate and only the order had to be passed. I cited various previous cases to make my point. Outraged at my intervention, the CJM then asked me to leave the court premises, an odd development.”

Bora said, “He has been taken now to Barpeta. Tomorrow morning, we shall file a fresh bail application at the Barpeta lower court”.

Mevani’s arrest is being widely looked at as the ruling BJP’s attempt to silence the opposition in the run-up to the crucial assembly elections in Gujarat. In September 2021, Mevani had pledged his support to the opposition Congress for the coming elections. In the 2017 assembly polls, the Congress had put up a formidable fight against the ruling BJP, wresting 77 seats against BJP’s 99 in the 182-member house. In several constituencies, the BJP had small margins of victory. 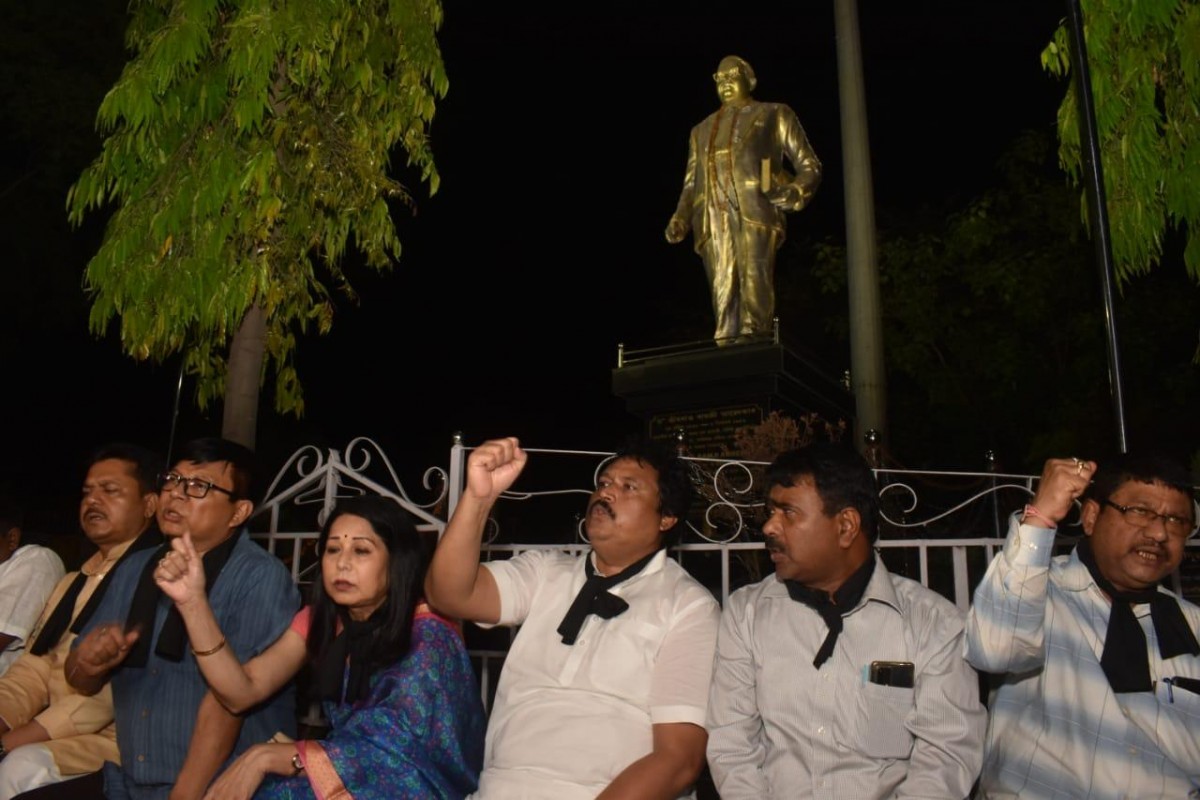 A vehement critic of Modi, Mevani enjoys popularity as a Dalit youth leader. Four days ago, Gujarat Congress leaders accused the “dictatorial government of the BJP threatening the youth”.

Congress leader Rahul Gandhi, reacting to Mevani’s arrest, addressed Modi in a tweet, stating, “You can try to crush dissent by abusing the state machinery but you can never imprison the truth.” Congress national general secretary Randeep Singh Surjewala has accused the BJP of being “scared” of Mevani.

“The fact that Jignesh Mevani was re-arrested for a second time immediately after being granted bail reveals authorities’ utter disregard for the rule of law and their intention to escalate the ongoing crackdown on dissent. The re-arrest smacks of nothing else than a politically motivated act to silence opposition leaders ahead of the state assembly elections,” Aakar Patel, chairman of Amnesty International’s India board, said.