The documents relate to Britain’s involvement in the Indian military operations at the Golden Temple in Amritsar in June 1984. 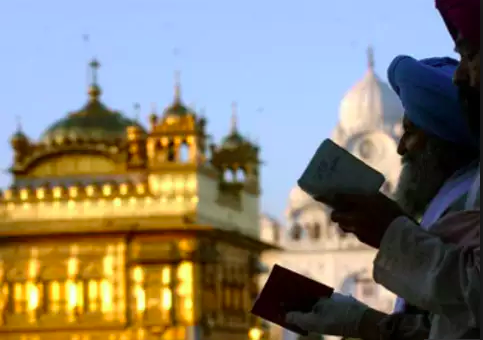 London: Britain seems to be fiercely protecting documents relating to its involvement in Operation Blue Star from the public glare, which a British journalist, relentlessly pursuing the case, believes could be a cover up for “human rights being sacrificed for trade deals”.

The three-day proceedings in the Phil Miller versus UK Information Commissioner case at the First-Tier Tribunal in London began on Tuesday (March 6). The outcome will decide whether documents relating to Britain’s involvement in the Indian military operations at the Golden Temple in Amritsar in June 1984 can be released in the public domain in entirety or be kept away on grounds of national security and international relations.

In January 2014, Miller, a freelance journalist, found two letters at the National Archives in the UK that mention the visit of an officer from the Special Air Service, which is a special forces unit of the British army, to India in 1984. These letters were part of a set of documents that were made public by the National Archives.

An enquiry was constituted by the then Prime Minister David Cameron in January 2014. It released its findings in less than a month, concluding that although the UK sent an officer to India, the “actual operation implemented by the Indian army differed significantly from the approach suggested by the UK military officer” and that the British  government “did not link this military advice to defence sales”.

Miller believed this enquiry to be limited in scope, so in December 2014, he made requests for further papers to be made public which were declined. The matter reached the cabinet office, which after an unusually long time of six months, declined the request. Miller then approached the information commissioner, who, after a year, turned down his appeal in 2016. 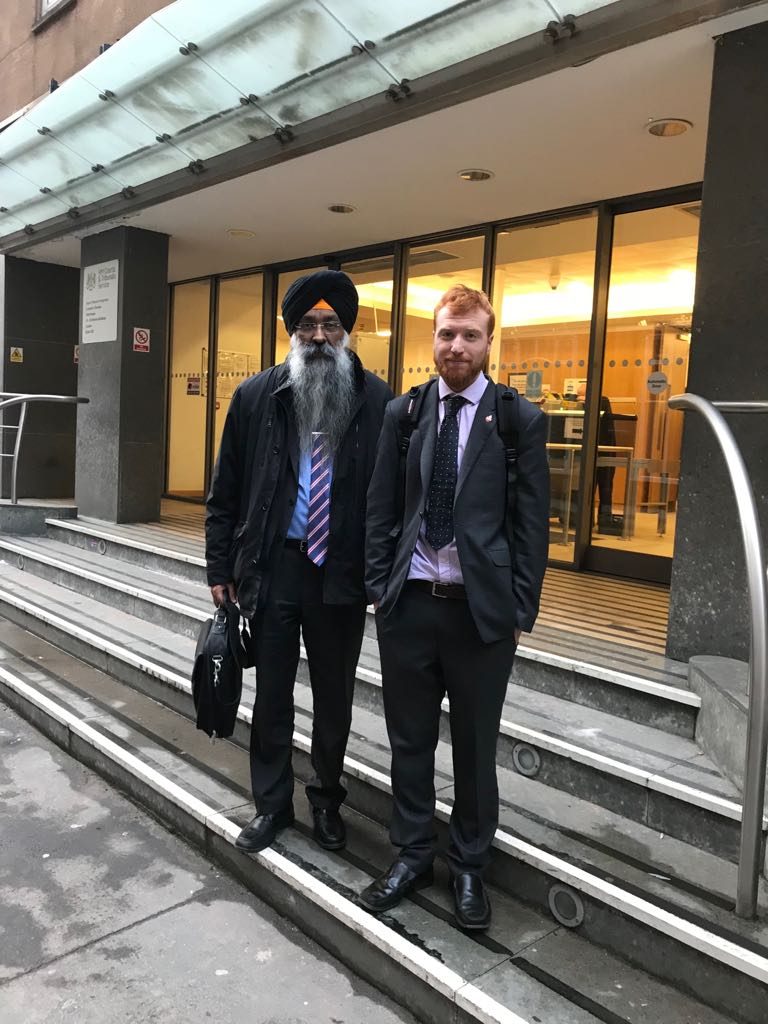 The freelance journalist then made an appeal to the First-Tier Tribunal, but due to various reasons, including the witnesses in the case being senior and busy officials, the case was put up for hearing only after a year.

Day one of hearing

Barton’s evidence was taken behind locked doors and even Miller’s legal team was not privy to the proceedings which continued all morning and carried on after lunch. During the hearing, it was reiterated that the two documents found by Miller might have been mistakenly released to the archives.

Miller took to the stand and spoke about the human rights situation in Punjab, mentioning the Special Powers Act (1983) and Operation Blue Star. “Britain cannot deny that they had no idea of what was unfolding (in Punjab). The British high commissioner had all the information.” Miller also quoted a British diplomat saying that some of the laws used against Sikhs at the tie operated in the framework of “guilty until proven innocent.”

It was in this background, Miller pointed out, that it was important to see whether “trade concerns were trumping human rights”. The judge at one point asked if Miller was “expecting smoking guns.” Outlining his concern behind the move to get the British government to release more documents, Miller said it was crucial to understand the “context in which this decision (to provide assistance to India) was made.” To a pointed question by a judge on whether there is direct evidence of British involvement in the operations in Punjab, Miller replied in the negative.

He, however, stressed that there is a need to find out what form the British “assistance” to India took in 1984. “Assistance can mean different things. It could be training in the UK of Indian officers, selling equipment to be able to use them for internal usage,” Miller told the court. There were also references to possible arms deal between the two countries during the hearing. Miller later told The Wire that “the government’s review tried to downplay the motivations of arms sales and helicopter sales that were very important in UK-India relations then.”

According to the cabinet office, one of the main reasons for withholding the files is to prevent any straining of ties with India. Dabinderjit Singh of the Sikh Federation gave evidence to counter these claims. “In January 2014, when Miller got those papers, the Congress party was in power. In the run-up to the elections, the BJP talked extensively about what happened in 1984. The BJP had taken a different approach.”

He also referred to a statement by home minister Rajnath Singh that he is in favour of papers relating to 1984 operations being made public, as a testimony to India’s openness about the ghastly episode. “As a British national, I want to know what exactly my government did in my name on an issue that is so relevant to the community,” Singh told the court.

Not historical but ‘live interest’

From the FCO’s side, it was only the testimony of Jenkins which was open to the public. He emphasised that documents relating to Operation Blue Star were not historical but have “very live interest”. Referring to the attack on  General Brar in London, Jenkins asserted that “this is related to contemporary politics.”

Jenkins fielded questions on the cabinet office’s decision to not release documents requested by Miller when documents relating to sensitive conversation between Margaret Thatcher and L.K. Jha – Indira Gandhi’s emissary – could be made public. Only a “small sub-section of the file” has been kept away, insisted Jenkins.

Miller’s legal team argued that the change in regime in India should facilitate Britain’s decision to release the documents, which was countered by Jenkins who said that the change of government in India is not a “radical departure as has been suggested”, and a “good deal of institutional continuity” remains in force.