As Judicial Vacancies Soar, Lawlessness in UP May No Longer Be Just a Metaphor

While 1,217 subordinate judicial officer posts remain vacant, the state government and UP Public Service Commission's delay in filling them has seen a rise in pending cases. A speedy recruitment process is in the interest of speedy access to justice.

A glimpse into the scale of the problem plaguing the legal system in Uttar Pradesh was provided by the Allahabad high court’s recent order admonishing the state government and the Uttar Pradesh Public Services Commission (UPPSC) for failing to make speedy appointments to fill vacancies in the subordinate courts of the state. By its order dated August 27, 2018 in the case of In Re Vacancy in the Cadres of Judicial Officers v. Chairman U.P. Public Services Commission and Others, the court highlighted the existing state of affairs:

The court further drew attention to the fact that despite the high court having taken the required steps to initiate the recruitment process, the state government and the UPPSC have failed to uphold their role; this has led to an increasing number of subordinate judicial vacancies in the state. Data on the number of sanctioned and working judicial officers in the state (on a quarterly basis) reveals that the gap between the sanctioned and working strength in the courts has increased to greater levels in the recent past. 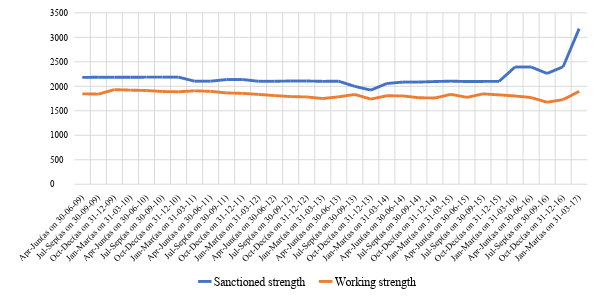 Figure 2: Vacancies in the subordinate courts of Uttar Pradesh – absolute vs relative.

The court in its order also noted that when it sought information on the recruitment of 610 judicial officers, the UPPSC had not even begun the process of recruitment and is yet to advertise it. Through an oral statement in the court by a representative of the UPPSC, it was found that the commission was awaiting a requisition from the state government.

A study on subordinate court appointments showed that the number of days taken for the appointment of district judges (direct recruitment) in Uttar Pradesh is 349 days. Commenting on the delays in recruitment, the court noted its dismay with the state government not being in favor of allowing the high court to undertake the recruitment by itself without the involvement of the UPPSC.

Figure 1 above shows that the number of working judges has at every point remained in the 1500 to 2000 bracket, and has not dropped significantly. However, we also need to bear in mind the increasing number of pending cases which will affect the overall workload of each judge. 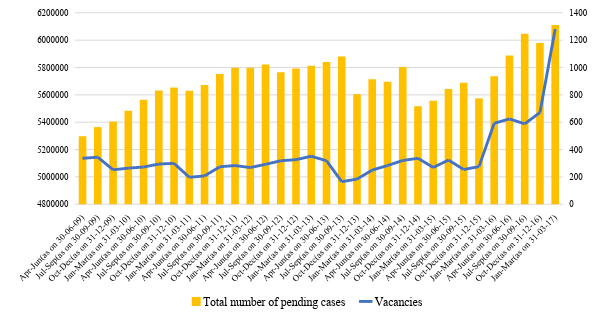 Figure 3: Vacancies and the number of pending cases in the subordinate courts of Uttar Pradesh.

Figure 3 represents the growing need to ensure timely recruitment for the vacancies in the subordinate courts. If the high court has been seeking permission to devise a solution for timely judicial appointments without resorting to a lengthy process and delays in approvals, it would be in the best interests of the government and the judiciary to engage in a discussion on the ways to overcome such delays in appointments in the larger interests of speedy access to justice for the citizens.

Shruthi Naik is a research associate at DAKSH, Bangalore.